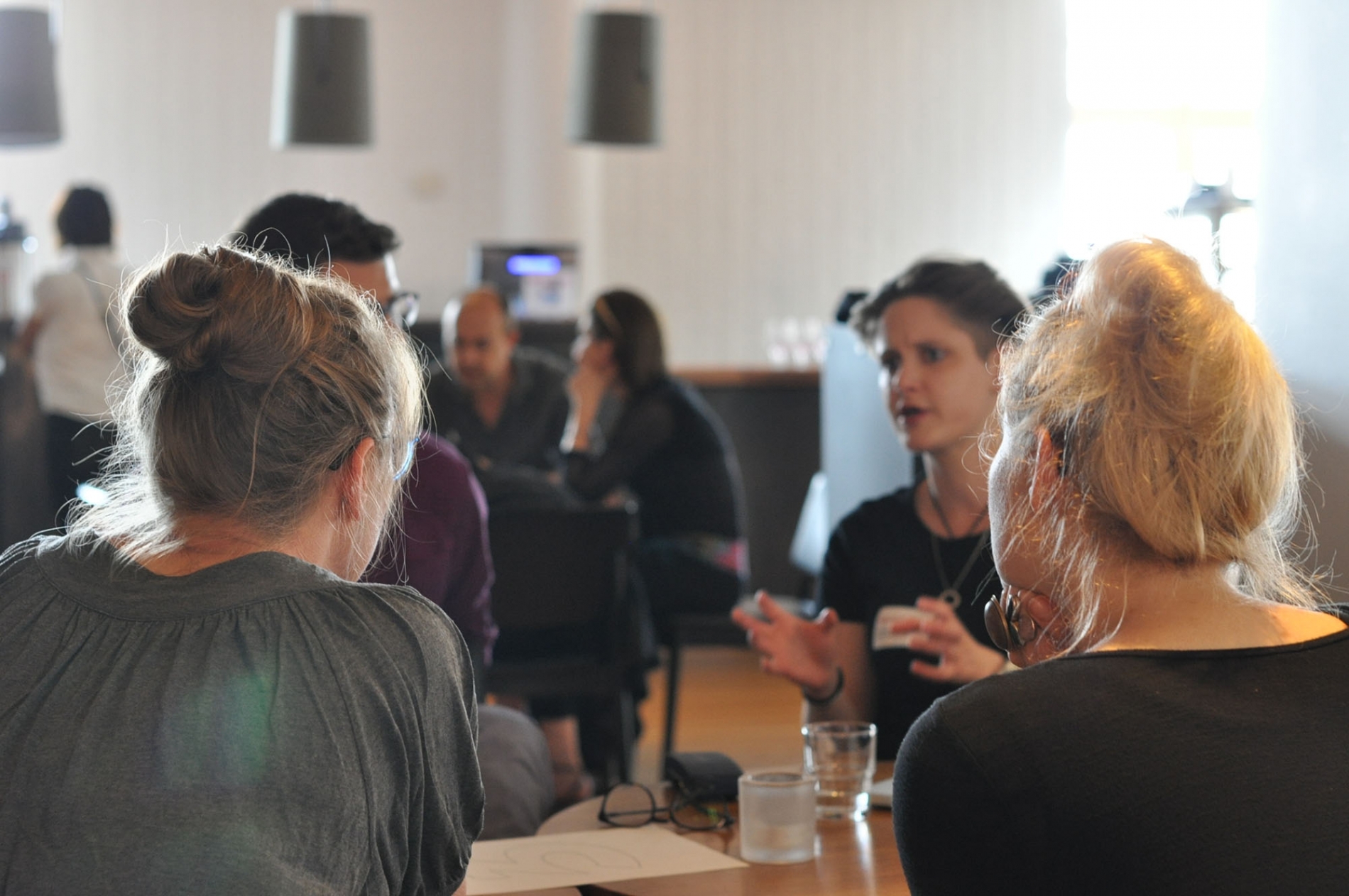 A Tribute to Ingmar Bergman

For the very first time, three generations of Swedish choreographers will come together on stage to celebrate one of their most renowned countrymen – film-maker Ingmar Bergman, who Mats Ek was fortunate enough to work with over a period of several years.

Ek was artistic director of the Cullberg Ballet Company, and is considered one of the greatest and most respected choreographers and dancers of our time. We now have the pleasure of admiring him on stage, together with his regular dance partner Ana Laguna.

Here, Mats Ek is joined by Alexander Ekman and Johan Inger, two effervescent personalities within the realm of international choreography. Their compositions combine both classical and modern dance, and the dramatisation allows the dancers to display enormous power.

Through his films, Ingmar Bergman proved himself a master of the art of analysing family dynamics and human behaviour. By exploring this “family feeling”, the three dancers and choreographers make their contribution to the centennial celebration of this legendary film-maker.

What happens when the past come back to get you? When the dead arise to fulfill unsolved business and history repeats itself again and again? The King’s Fair is considered among the main classics in Croatia and is written by one of the country’s most renowned playwrights, Miroslav Krleža (1893-1981). In this early play, he describes with an almost prophetic exactness how the old imperial kingdom collapses. Chaos and uproar permeates his best known expressionistic play. 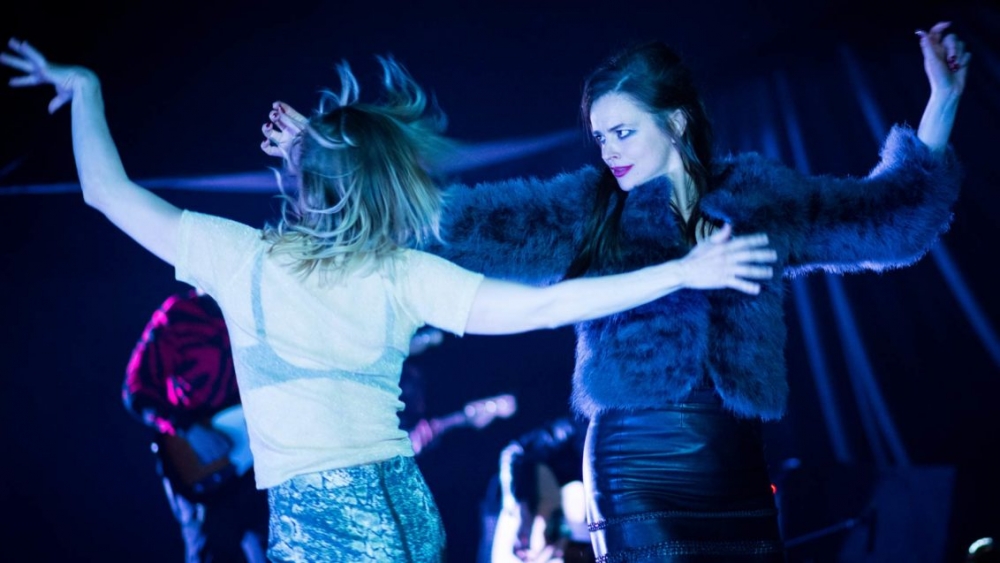 “Stage Your City” is merging the trends of digitisation and participatory theatre. It plays with augmented reality, 360° video, gaming elements and an app-guided city walk. The participatory approach brings theatre directly into the community. In a dystopian fairy tale about a future city ruled by artificial intelligence, the audience is asked to explore their city interactively and make decisions about the question in which world they want to live in 2070. 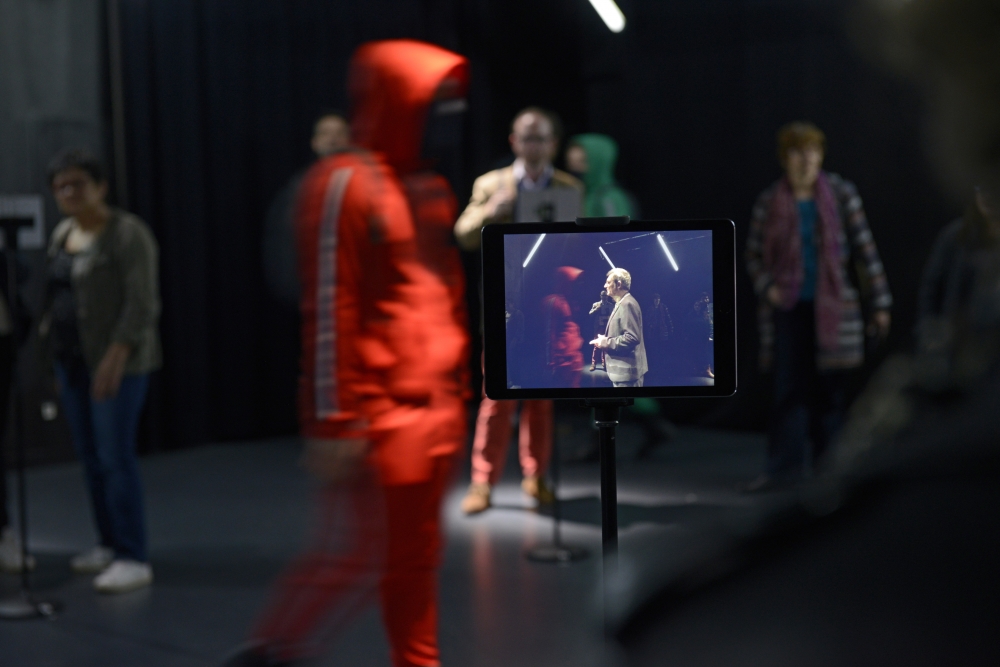 2018: Internet, mobile and connected devices, geolocalisation… They create new forms of interaction and new habits. In view of the multiple deregulations in the world, recently a new stage of industrialisation has developed, going through a total encoding of the material and symbolic goods of human activities. This new data economy promises endless new possibilities and the reduction of global incertitude.

2052: Human activity is efficiently managed by artificial intelligence. The algorithmic rationality takes care of a pleasantly regulated and soothed social life. But in this dystopian world, nothing works anymore. Apart from the speed of information transmission, the accumulation of data and the controlled city that has become perfectly safe, Zigmagora is witness of a world without emotion and affect. Mission to us: recover lost emotions, values of brotherhood and traces of humanity.

To save what can be saved, Zigmagora comes back to that very moment when it all began and confides an essential mission to each of the people present: find the lost emotions, follow the traces of humanity, the values of brotherhood, sharing and equality.

IDIOMATIC/Dub It: One Voice, Many Languages

A tongue-twisting entertainment on the tip of one’s tongue, turning on mother tongues and other tongues in a post-Babel performance that got lost in Google Translate. The show is brought forth by the meeting of the actors itself, and by their impossibility to share a common tongue. It is a show without a «mother» tongue, designed to go everywhere, to meet all audiences. It is an internationalist show, not a globalist one. Not one word of «globish» will be pronounced; each actor/actress will keep his/her language and identity on stage. 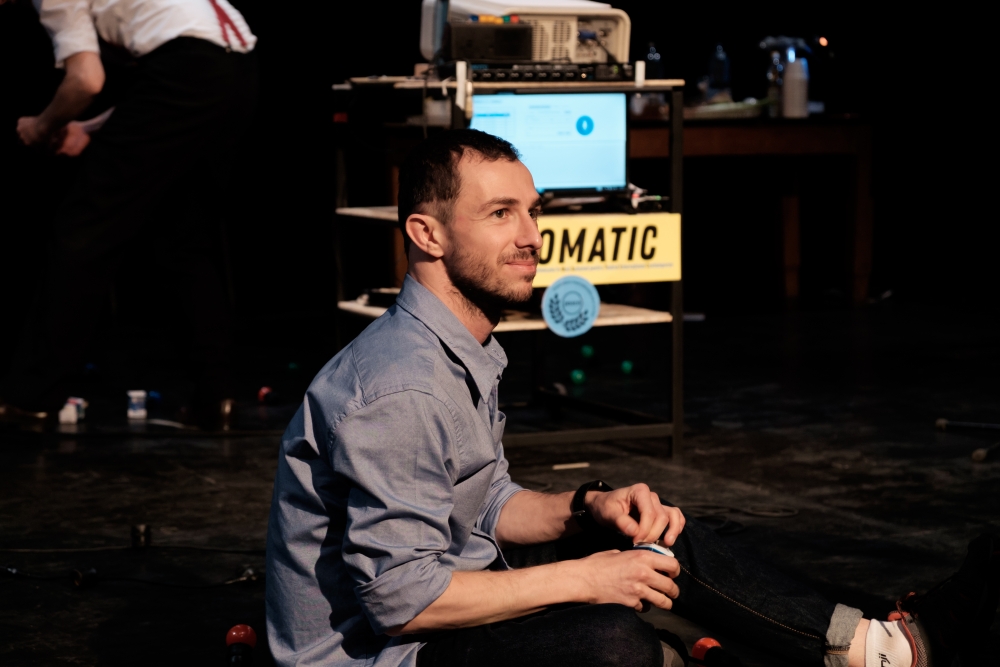 The actors try to elaborate a common communication tool in order to execute the show the audience has come to see. The dynamics of the show are structured by incomprehension and cultural differences. It is a participatory show in which the spectators find themselves in the same position than those who are making it.

Like all learning processes, IDIOMATIC adapts and modifies itself by trial and error. The participation of the audience and the progress of each actor in the elaboration of comprehension will modify the show in real time. From a potentially frightening starting point («We don’t understand each other, it’s awful !»), the show will evolve toward a more optimistic statement. The need for communication is rooted in human nature. The absence of a common language is not an obstacle. The desire to communicate and to meet others is far more fundamental.

Only a year after author Morten Strøksnes published his novel "Shark Drunk", this fascinating story was staged at Hålogaland Teater/The Arctic Theatre in Tromsø. “Shark Drunk. The Art of Catching a Large Shark from a Tiny Rubber Dinghy in a Big Ocean through Four Seasons” is the tale of the ocean, a friendship and natural resources, exuberantly narrated in an exemplary precise language adorned with great knowledge. In 2015, Mr Strøksnes, received the Brage Prize (one of the highest literature prizes awarded in Norway) for his novel "Shark Drunk", which is now sold to some 17 countries.

The narrator and his best friend Hugo embark onto the big ocean in a little boat. Underneath them a huge sea monster lingers. Through all four seasons they set out from the little island of Skrova in order to catch the monster, which is a snapping gurry shark (Somniosus microcephalus). Along the journey, the story of life in, by and off the ocean is narrated. This is a world which gives as much as it takes and at the same time fathoms the most peculiars forms of life. The story is enriched with vast knowledge about the origin of the ocean, its riches and how vulnerable it is. Man has always harvested from the ocean, the question is rather how capable he is in governing it.

Jo Strømgren is in-house choreographer at Oslo Opera House and his “The Hospital”, which was selected as “The Sexiest Show of the Year” at the Dublin Fringe Festival in 2006, shows three Icelandic nurses entertaining themselves by carrying out their duties on each other. This is not a particularly healthy activity, but it helps the time to pass in the absence of any patients. A military helicopter is incessantly circling over the building, which may be an explanation of why no-one is knocking at the hospital doors.

“The Hospital” was the first production put on by Jo Strømgren Kompani for female actors. The dialogue takes place in an Icelandic nonsense language – and even if this variant of Jo Strømgren’s typical feature doesn’t mean anything, the response of the audience to the performance makes it clear that they understand.

“The Hospital is physical theatre at its very best: daring, dark, unpredictable and charged with compressed intensity,” wrote The Guardian, whose reviewer couldn’t get over the courage and bravery of the actors.

Jo Strømgren is a prize-winning artist who was educated at the Norwegian National Academy of Ballet. Since his debut as choreographer in 1994, he has created performances for many stages – dance, theatre and opera – both in Norway and abroad.

Through the walls of another hotel room (the room next door?): A pianist is practicing. Over and over again; Puccinis unfinished opera, Turandot.

Whoever stayed at a hotel knows what could lie between the rooms: Voices mixed together, cries from one room meets the moaning from another; a loud party penetrates the plaster wall and meets the quiet seriousness – where it was never invited; the loneliness mutually acknowledged by intense intimacy. Someone's redemption meets the excitement of others. Laughter and scream merge in to each other. Some mourns while others enjoy themselves. Montages in sex and sorrow, involuntarily, they accompany each other, and involuntarily they create new stories.

From bits and fragments, signs and rhythms, it is up to the guest alone to puzzle together the whole. New meanings will emerge.

In 1921, the same year as Puccini starts the work on his unfinished opera, a young Swiss psychiatrist holds up ten small cards for his patients. Ten cards, put in a strict order, following a carefully designed procedure. They are all made of ink, folded and opened up again for strange patterns and colour combinations to appear. An obscure test that thorough the years has been loved and hated – and loved and hated again. But has it anything to do with theatre? And what about the Highway Hypnosis syndrome, first described in 1921, where the driver – with eyes fixated on a single spot – enters a trance like state of awake sleep?

A story of love, loneliness and shifting responsibilities.

In “11 Years” a teacher experiences that one of her pupils, an eleven-year-old girl, commits suicide. She will now have to face the girl’s parents and the school’s headmaster. In her bag she’s carrying forgotten information.

The audience follows the interactions of some thirty children and seven adult actors from a podium elevated 4 meters above the actions. A headset per viewer allows one to follow the actions and conversations in one of the school’s class rooms.

Don Giovanni is always up for a new conquest. He boasts of having slept with 2,064 women, a thousand of them in Spain alone. Mozart’s opera about the world’s greatest seducer also has connections to another famous lover, as the librettist Lorenzo da Ponte knew Casanova personally. Together Mozart and da Ponte created one of the great masterpieces in operatic history: a drama filled with passion, life and death – and perfectly poised between entertainment and gravity.

The award-winning, British stage director Richard Jones is known for his original interpretations, where humour plays a big part.

In Den Norske Opera & Ballett’s new production of Mozart’s opera he shows the comical interplay between the dynamic duo Don Giovanni and Leporello, while also emphasising the dark side of the story about the nymphomaniac egotist. Hopeful women, ardent hearts, and even dead bodies litter his footsteps. But people like Don Giovanni just keep on going, cold and calculating as ever.