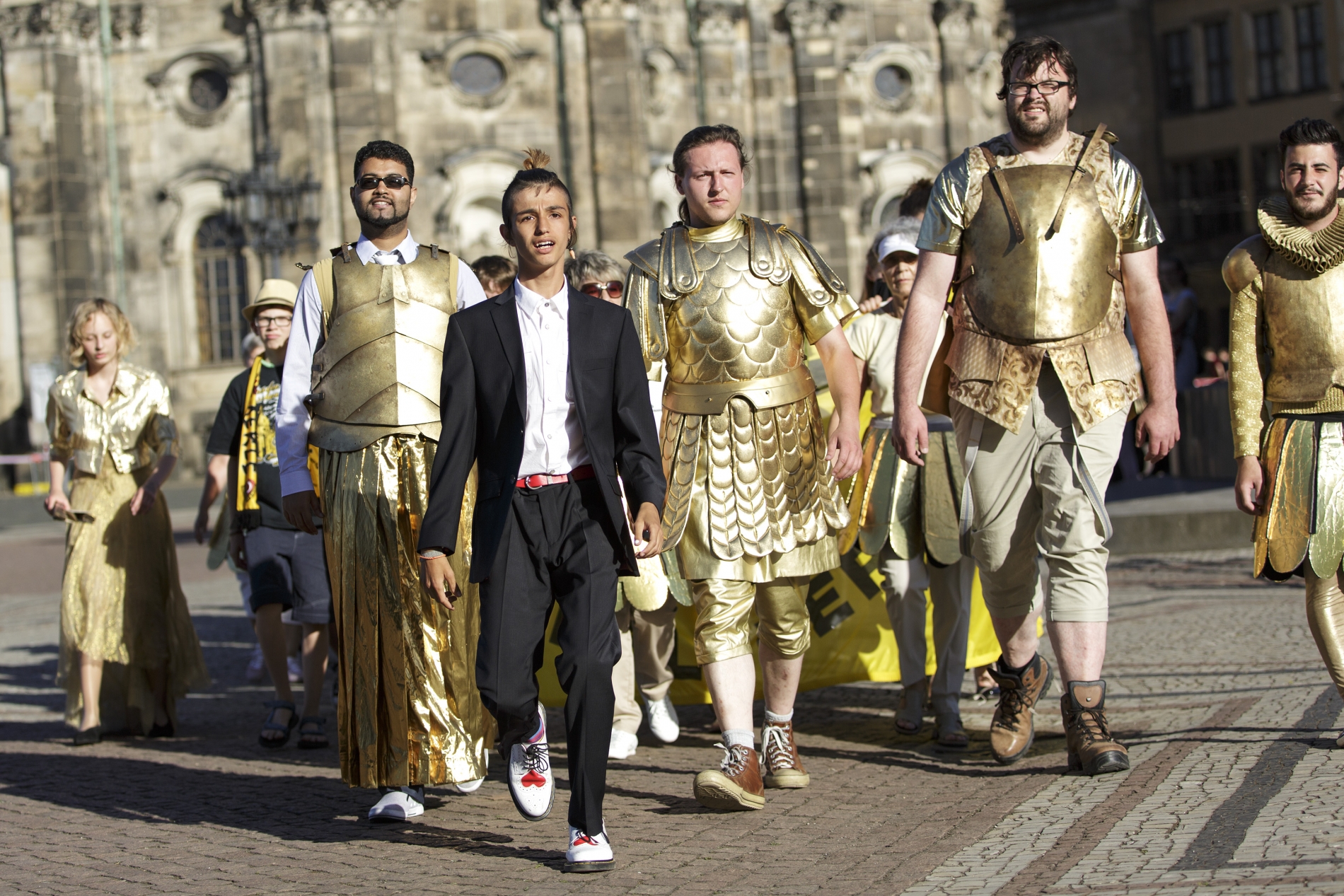 All performances of the conference programme were part of the Our Stage – 4th European Festival of Bürgerbühne organised by Staatschauspiel Dresden in collaboration with ETC. The productions of the festival were selected by Miriam Tscholl (Artistic Director of the festival) with the support of a seven-member European advisory board. The invited productions come from Greece, France, Denmark, Scotland, Austria, Hungary, Spain, South Africa, Belgium and Germany and have all impressed the jury with their artistic quality and social relevance.

I Am a Muslim Woman – Any Questions?

The issue of gender is a major point of attack for Western reservations about Islam. How do emancipation and the Koran fit together? Muslim women offer personal and individual answers to this question and talk about their lives in Germany, their freedoms, and their desires. 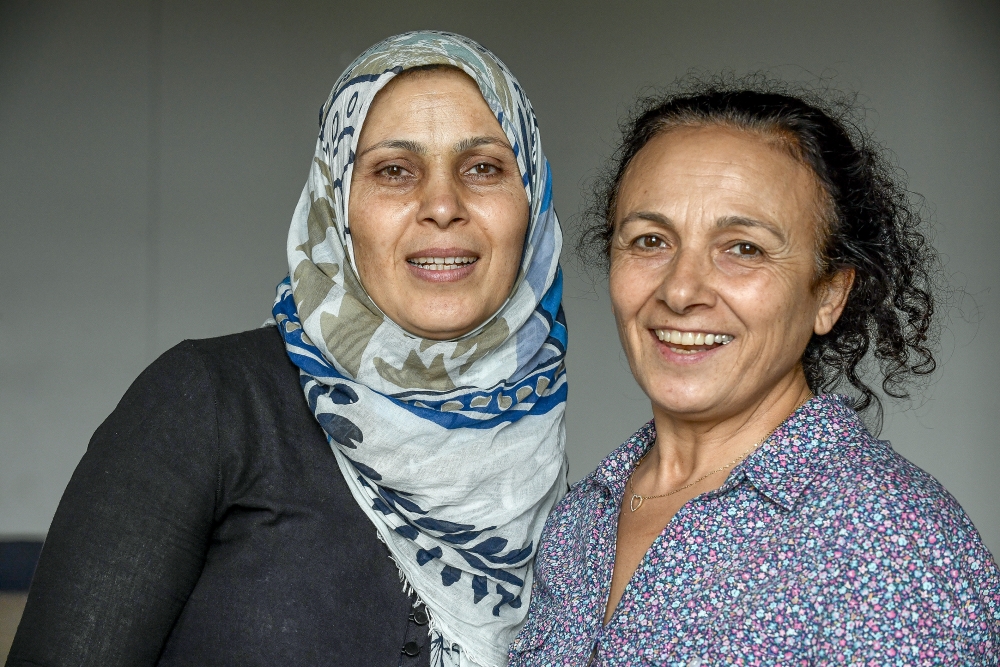 Aliens come to earth and establish a new social order: Whoever can dance well calls the shots. Those who can’t quickly try to learn some dance or another: Kizomba, Tango, Panzula, traditional dances from all over the world... People without a sense of rhythm save themselves by rolling around on the floor or making up an artificial walk. 21 children and young people from Hillbrow, a district in Johannesburg (South Africa), create possible and impossible future scenarios for their neighbourhood and its inhabitants. Hillbrow, originally planned to be a model district, is now notorious for poverty, crime, and violence. 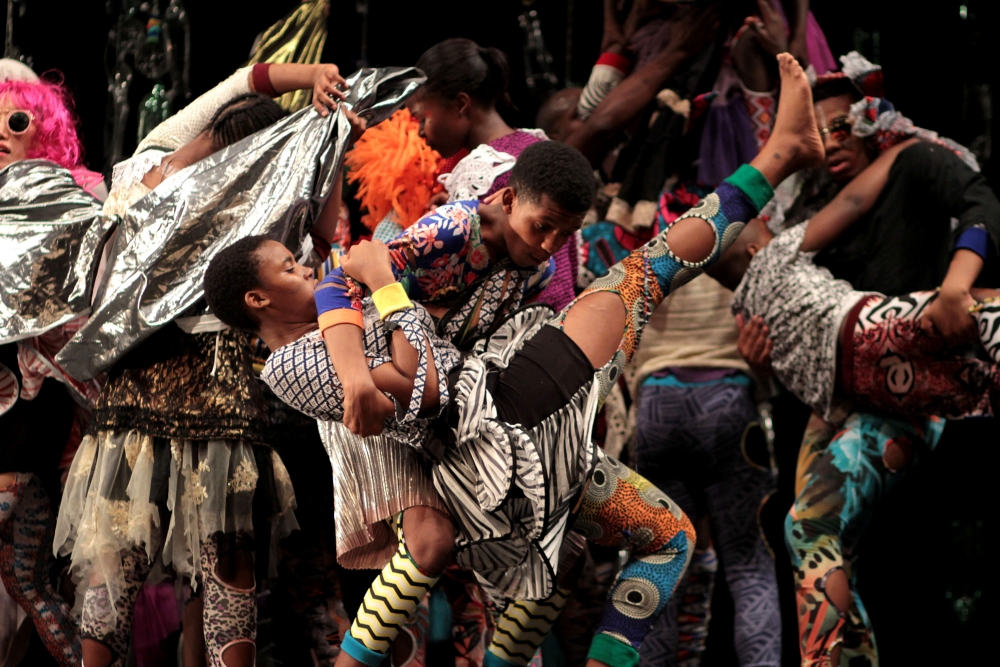 Inspired by Afrofuturistic works of art and literature, the performers create their own universe situated between utopia and dystopia, in which they negotiate and subvert the racism and violence they experience in their everyday lives. Hillbrowfication is not only captivating thanks to the performers’ energy; it grotesquely questions our vision of the global order.

The dance performance was created in collaboration between the Constanza Macras/DorkyPark company and the Hillbrow Theatre in Johannesburg, a joint initiative that provides a place for children and young people in the district to spend time during the day, and which regularly develops artistic projects with them. Inviting South African citizens is also an important part of the festival because Europe cannot be regarded without its colonial history.

The family prepares for Regina’s 50th birthday. While cooking, her sisters and daughters tell each other episodes from Regina’s life, in which the performers’ experiences have been inscribed. We learn about the struggles within the Hungarian health and social system that Roma women and mothers must face. By publicly presenting their personal stories, the performers defend themselves against the individualisation of their experiences of racism and mark them as a structural political problem. 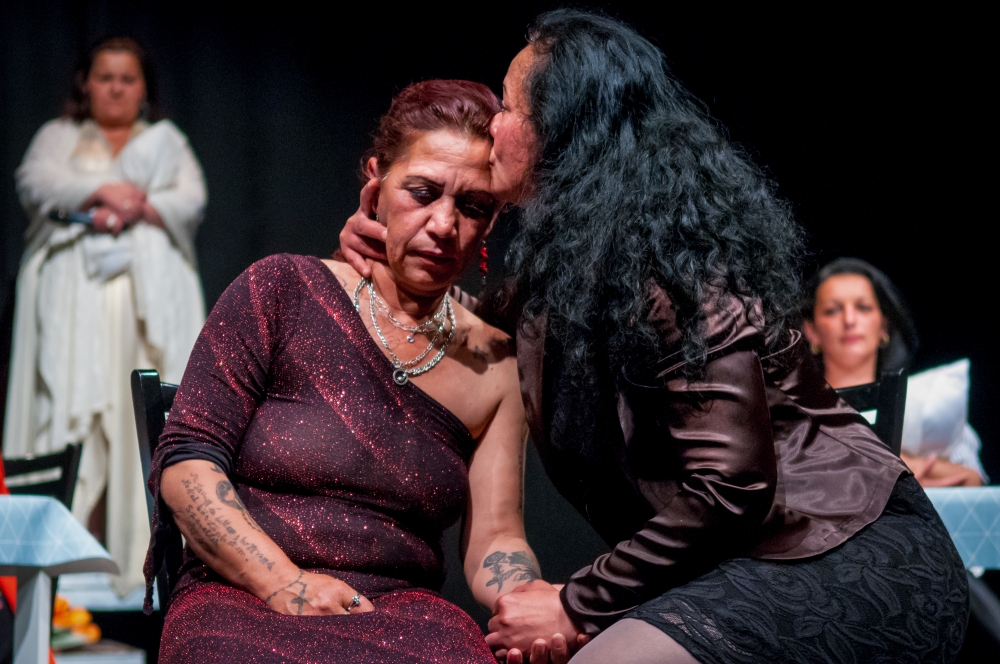 Long Live Regina! was developed over a nine-month-long process whose primary goal was therapeutic and community-building factors. The social workers involved in the project have been active in Roma communities for over ten years. Therapeutic methods such as digital storytelling and psychodrama were central to the development of the play and to speaking about experiences.

Long Live Regina! has toured Roma communities and segregated neighbourhoods in Hungary over the past two years. The performances sparked public debates on institutional racism and maltreatment of mothers in hospitals. At the Our Stage – 4th European Bürgerbühne Festival, the company will perform for the first time abroad, while some of the women in the production never left Hungary.

In Self-Theatre (Sajátszínház), social researchers, artists, art therapists, stakeholders, and social workers have joined forces to conduct participatory, arts-based research as social interventions. At the end of these long-term interventions, plays are often put on to establish a public sphere for the perspectives and lifestyles of marginalised groups.

A group of different people come together for a performance. But where are the dancers? An older man gets up and starts dancing. A child follows. People sitting beside them also stand up. Are they the actual dancers? Who is the audience and who is the performer? During the performance, Seppe Baeyens and his intergenerational ensemble imperceptibly transform audience members into co-authors of the choreography. The project invites people to take part, and even convinces people who don’t like participatory theatre to do so! You can enter and exit however and whenever you would like and will feel invited in the truest sense of the word. 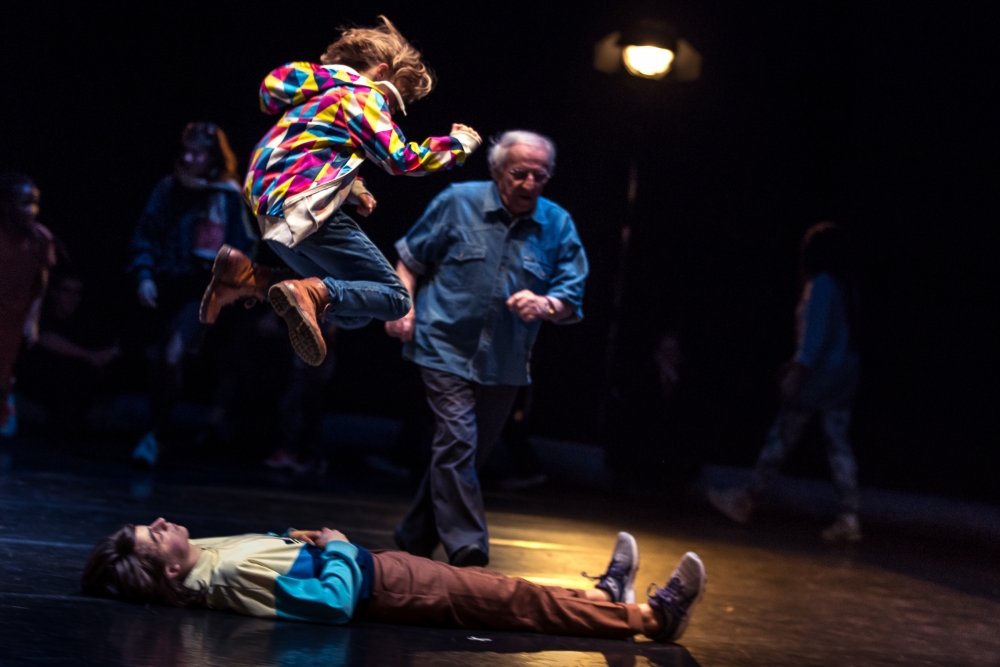 Supported by a 65-meter rope – ‘The Rope’ (created by the artist Lef Spincemaille) – and a powerful live band, guests devise a social utopia: The professional and non-professional performers reflect the diversity within our society and search for alternative forms of encounter. How can different perspectives and ideas become a collective work of art? How are conditions created in which everyone is encouraged to participate?

Contemporary dance company Ultima Vez was founded in 1986 by the choreographer Wim Vandekeybus. A few years ago, Vandekeybus and the choreographer Seppe Baeyens set up a participatory laboratory in the Brussels neighbourhood of Molenbeek (Belgium) for residents who are interested in dance and theatre. Seppe Baeyens offers regular workshops for various groups and ages, with the aim of promoting social exchange in the district. Various ensembles form out of these weekly workshops for the duration of a project, which are developed by the ensembles in conjunction with Seppe Baeyens. Following a period of intensive rehearsals, these productions are taken on tour through Belgium and Europe. One of these works is Invited.

“At the age of 13, we find ourselves in a state of overwhelming upheaval. You are no longer a child, nor an adult yet. We are reeling. There is a lot to gain but a lot to lose as well.”
– Lies Pauwels

In Der Hamiltonkomplex, children turn into Lolitas, dancers into divas, girls into unhappy wives or fearless provocateurs. The adult world with all its rules and prohibitions, yet with its unforeseen possibilities and experiences as well, is at once enticing and frightening. 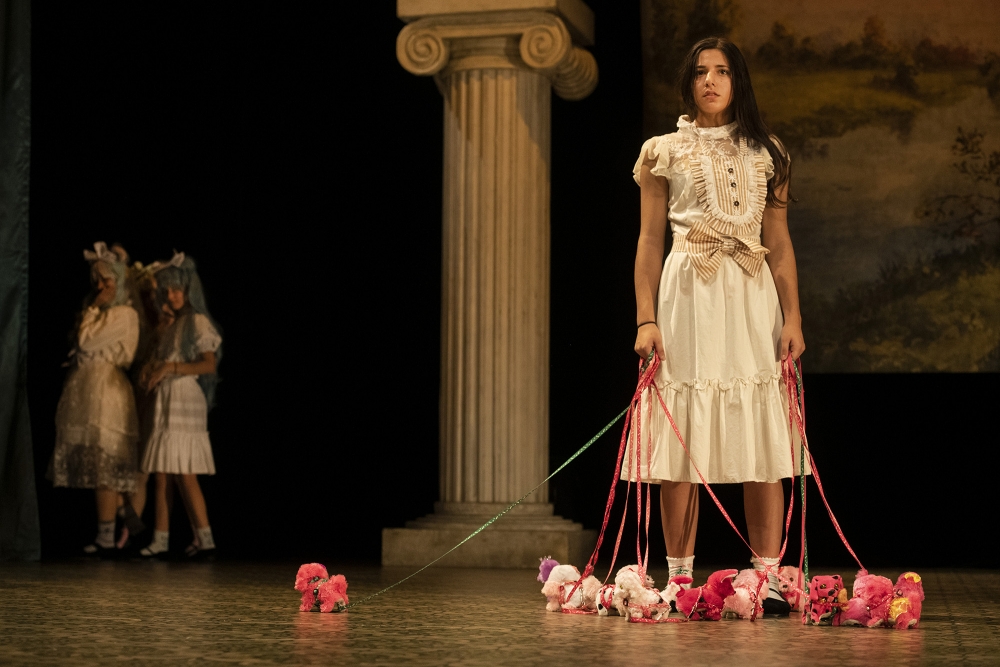 Thirteen 13-year-old girls experiment; they are stewardesses, schoolgirls, Little Red Riding Hoods, angels of innocence, muses, nurses or zombies. They appear in unexpected and surprising roles, with electric guitars and sashes, with horses and machine guns. Dancing, screaming, flirting, fighting, disguising themselves and their voices, they take the stage. Right in the middle of it: bodybuilder Stefan Gota, who tries to master the uncontrollable mob. Who are these girls who are still searching for who they want to become, but who already are so conscious of their actions? Set to a soundtrack of pop and classical music, the piece draws our attention to current social debates. Together with her fearless accomplices, the Belgian director Lies Pauwels has created an evening that captures the remarkable moment between childhood and adulthood. The world is changing. It is in transition. Not only at thirteen.

In Belgium, Lies Pauwels is considered to be one of the inventors of the theatrical genre that features youth for an adult audience. Der Hamiltonkomplex was originally created for Hetpaleis Antwerpen in 2015. For the Schauspielhaus Bochum (Germany), she redeveloped the piece with girls from Bochum and from the surrounding areas. 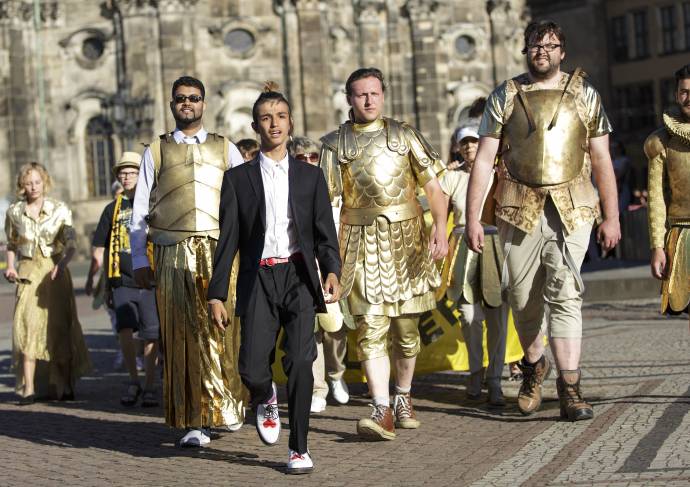