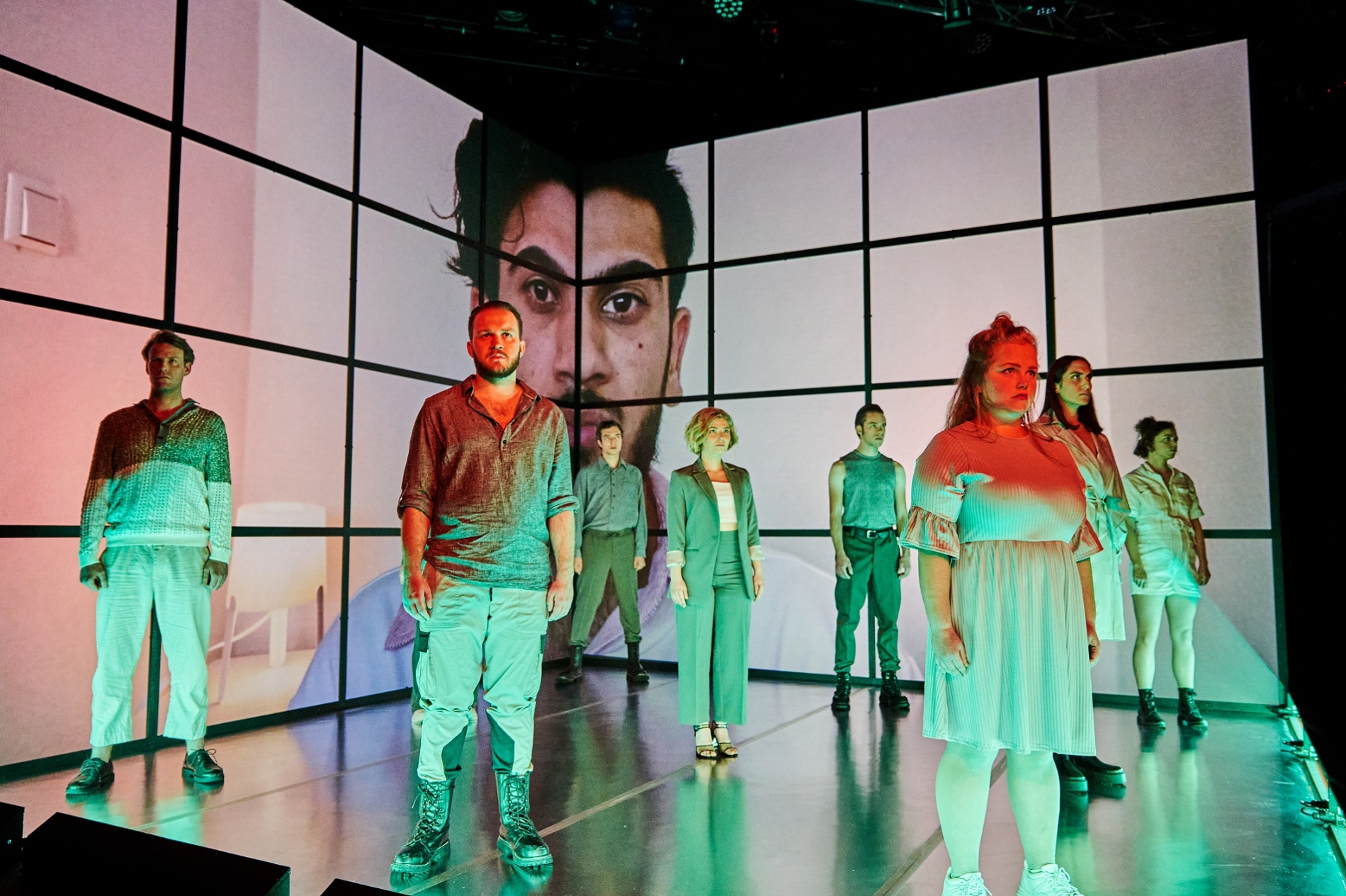 Mohammad is a Syrian playwright and Dramaturge. He studied English Literature at Damascus University and Theatrical Studies at the Higher Institute for Dramatic Arts in Damascus. He has a Masters in Applied Drama from Goldsmiths, University of London. His plays have been translated and staged at various theaters and venues in around the world Like: Festival d’Avignon, Festival de’automne a Paris, Volksbuehne Theater Berlin, Lincoln Center New York, Royal Court Theater in London, Adeliade Fringe Australia and HKW Berlin.The plays include ‘Withdrawal’, ‘Online’, ‘Could You Please Look into the Camera?’, ‘A Chance Encounter’, ‘Antigone of Shatila’, ‘While I Was Waiting’, ‘Iphigenia’, ‘Aleppo. A Portrait of Absence’, ‘The Factory’, and ‘Damascus 2045’. Al Attar has written for numerous magazines and newspapers, with a special focus on the Syrian context since 2011. He is currently a fellow at Wissenschaftskolleg zum Berlin (The Institute for Advanced Study in Berlin).

Patty is a poet-playwright, dramaturg, director and performance artist, currently in her masters in Playwriting at the University of the Arts in Berlin. Her Play, ‘’Peeling Oranges’’ (developed as Playwright in Residence at the Shakespeare Academy Stratford and through the Bechdel Group) is the recipient of the Heidelberger Stückemarkt 2021 Radio Play Prize (produced through the SWR2), amongst other nominations and mentions. Her work exists at the intersection of the intimate and the political - meditating on bodies, language and memory. She is a graduate of Stanford University where she received a Bachelors in Theater and Performance Studies with Honors and the Sherifa Omade Edoga Prize for Work Addressing Social Issues.
In Germany she is represented by Suhrkamp.

Dounia graduated from the Drama Department at the KASK in Ghent in 2015. Her work displays an exceptional sensitivity to language, humour and a visual way of thinking. In her graduation production, Salut Copain, Dounia uses language as a medium in which to philosophise, dream, draw, hesitate and question on stage. In w a t e r w a s w a s s e r she discovers a new way of communicating in which her fanciful associations and movements conduct a poetic dialogue with Alan Van Rompuy’s music. De Standaard awarded the show five stars: “Mahammed’s gift for language, sound and rhythm makes the banal special and the stale fresh.” Alan and Dounia will continue working together in their new creation, GALM.
Dounia is particularly interested in social issues, philosophical reflections and the poetry of everyday things. Her work is intended to tell us something about mankind and being human, and swings from wonder to despair. While a student, she created the play Woudwachten (2014) with visitors to Villa Voortman (an open house for people with a dual diagnosis) in Ghent. She had previously worked with Silke Huysmans on Manger de l’O (2013), with Mira Bryssinck on Usotroop (2014) and with Anjana Dierckx and Lukas Smolders on Schaduwmensen (2013). In August 2016, she won the Young Theatre Writing Prize at Theater aan Zee in Ostend.
Dounia is currently writing the text for Ophelia, a production by Inne Goris in collaboration with LOD, Opera Ballet Vlaanderen & Het Paleis. She was also asked to perform in the new creation of Tibaldus and Simon D’Huyvetter.

Born 1990 in Sisak, Croatia, he graduated dramaturgy, playwriting and screenwriting at Academy of drama Arts in Zagreb. He worked as a dramaturge in different theaters in Croatia, Slovenia and Serbia. Plays include (Pen)Ultimate Panda or Static ((Pret)Posljednja panda ili statika) which won the 1st prize Marin Držić from the Ministry of Culture and was premiered in ZKM Zagreb, 2015. The play was invited to the Stückemarkt at Theatertreffen in 2016. The play was awarded the DEUTSCHEN JUGENTHEATERPREIS in 2018. He has won Marin Držić awards for the plays Grand Hotel Abyss (2016), Stella, the flood (2017) and Olympia Stadium (2018). A book of plays Penultimate panda and other plays was published in 2017. (Pretposljednja panda i druge drame, Aura Sisak, 2017.) In 2018 he published his debut novel Stretched knees (Poderana koljena, Fraktura, Zaprešić 2018). Haunting and with a fine sense of irony and dialogue, his most recent novel Daddy Issues tells the story of a young man who is as lost as the future he was promised. Dino Pešut's empathetic exploration of the themes of social inequality, class shame and sexuality were a great success with critics and audiences in Croatia and was ranked alongside the works of Édouard Louis and Ocean Vuong.