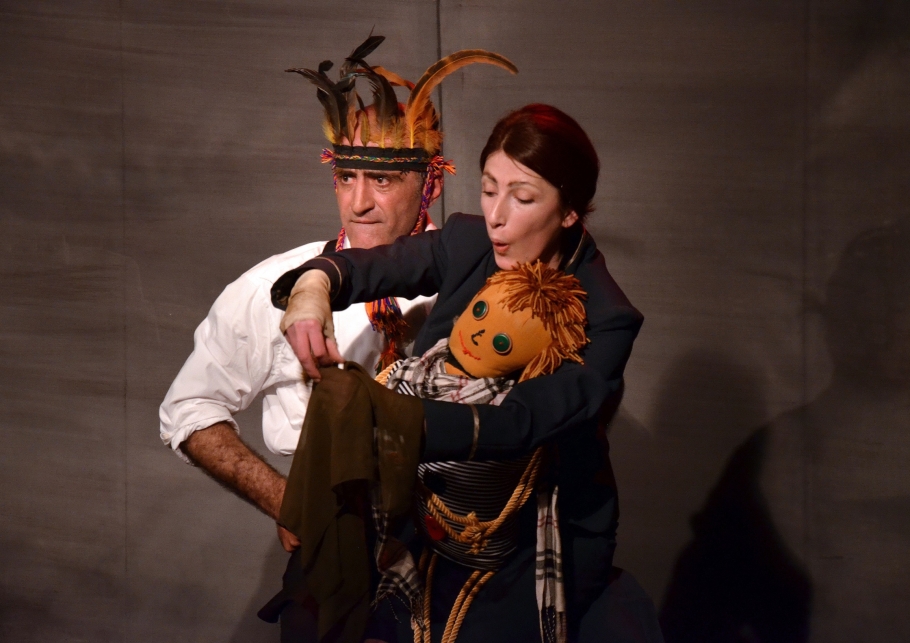 DUPLET
Directed by Konstantine Abashidze, based on texts by Vaclav Havel and Harold Pinter

The Slovensko Narodno Gledalisce Nova Gorica is hosting the Georgian play ‘DUPLET’. The play is dedicated to the memory of Vaclav Havel, whose devoted life and work is exemplary for the nations fighting for freedom, independence and democracy. Primarily the theatre has its original artistic and creative purposes, but in addition to this it always expresses the nation’s world outlook. Based on this, the synthesis of these two authors' works - legendary Vaclav Havel's "Audience" and the Noble Prize Laureate Harold Pinter's "One for the Road" is the true proof of this.

The performance “DUPLET” (Director - Konstantine Abashidze) expresses the position, which condemns violence, human rights abuse and affirms freedom as the way of striving for progress and development. In the words of Vaclav Havel: “Freedom is a value that is obtained at the cost of sacrifice”. This is the main idea of the play and the reason we chose it. Our nation has sacrificed a lot on a thorny path to democracy.

Describing the exchange, the two theatres wrote: Kutaisi and Nova Gorica are both National theatres located in smaller cities and are thus natural exchange partners. Slovenia and Georgia have some historical diplomatic relations but are mostly limited to sports and economy. This exchange would hopefully kick off a more meaningful cultural exchange between the two countries. The purpose of the exchange between Slovene National Theatre Nova Gorica and Kutaisi Lado Meskhishvili Professional State Drama Theatre is cultural integration of our peoples, creating a cultural foundation and building bridges that will become an opportunity to create endless paths of various disciplines of art, as well as politics, since Tbilisi and Ljubljana are twin cities, we could discuss making Kutaisi and Nova Gorica twin cities in the future.