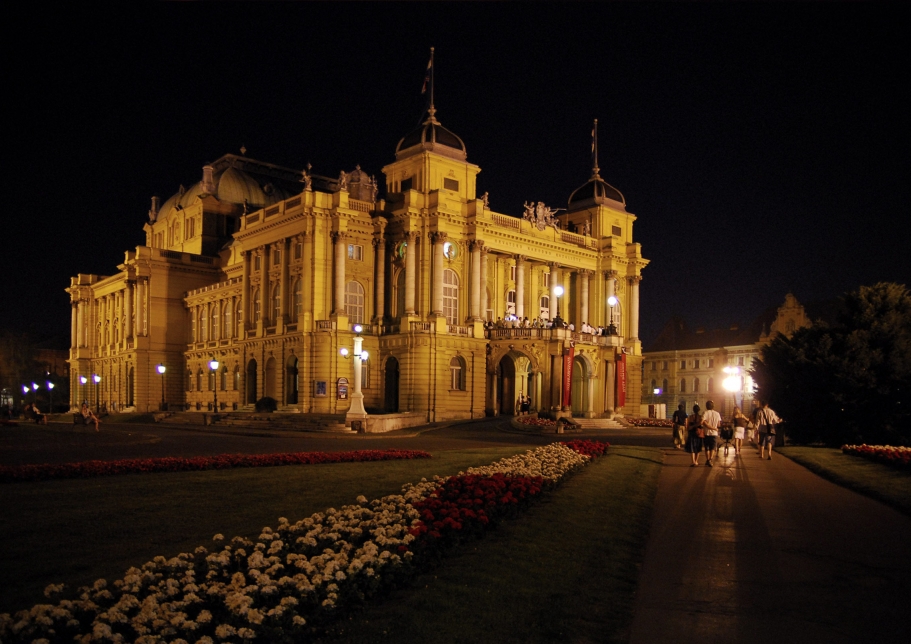 The Croatian National Theatre in Zagreb is a drama, opera and ballet house with 3 ensembles. It stages annually at least 12 premieres, 20 re-runs and gives around 220 performances. It is the most significant theatre institution in Croatia, with a diverse repertoire and regular visiting performances on many foreign stages. The repertoire includes international/domestic classics, with contemporary works through which CNT establishes numerous cultural liaisons. In recent seasons, CNT has co-produced various European productions and integrated the World Theatre Festival into its program. CNT is a member of the European Theatre Convention and part of the project named "European Theatre Lab: Drama goes digital", funded by the Creative Europe programme of the European Union.