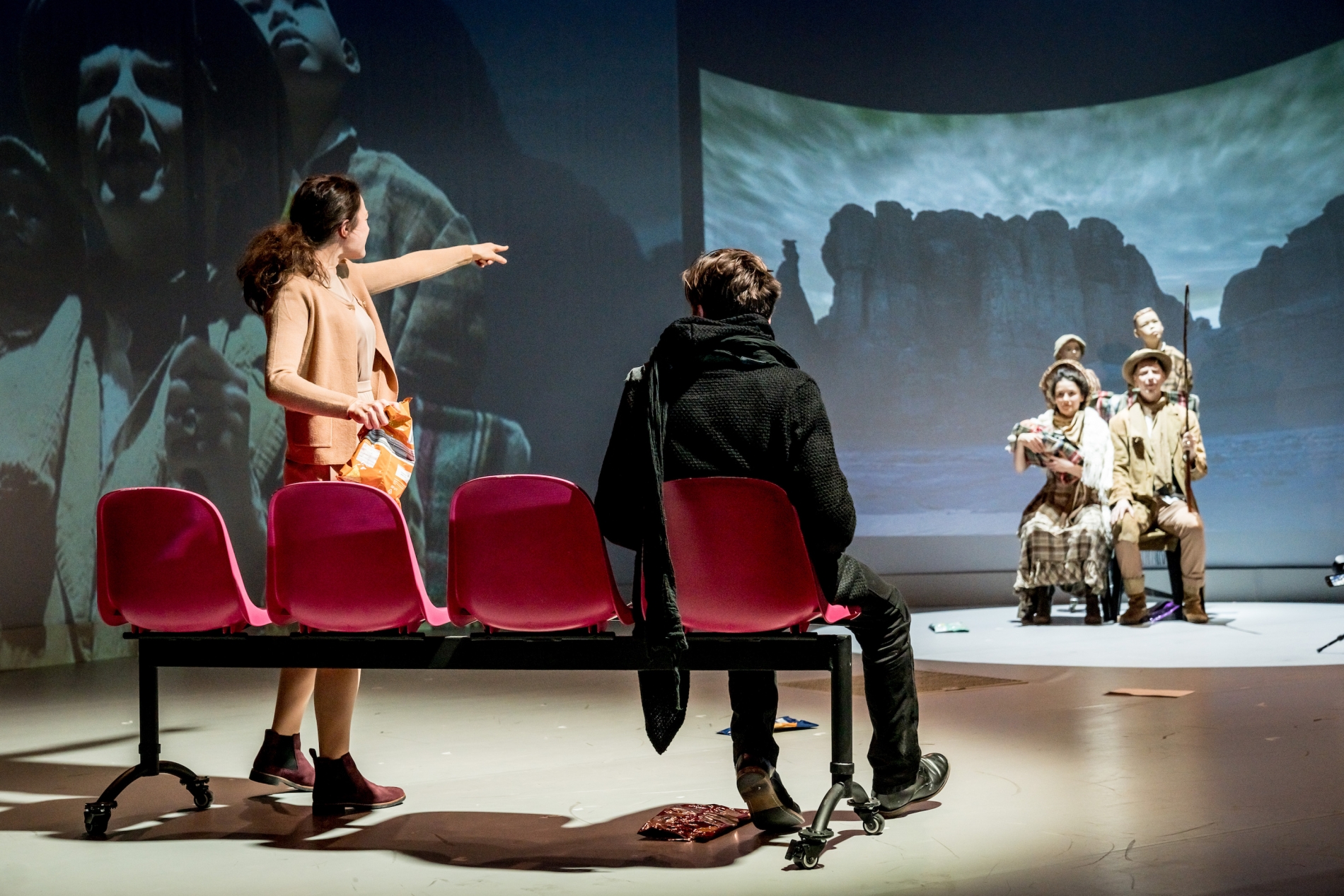 See all placements of the ETC Artist Residency Programme for the 2022-2023 season.

ETC is offering seven placements at below Members Theatres as part of the Artist Residency Programme 2023:

The drama department at Badisches Staatstheater Karlsruhe is offering a placement as a second assistant director on the theatre production "Mephisto" after the novel by Klaus Mann, directed by Nils Strunk.

Following the story of the fictional actor Hendrik Höfgen, who in the 1930's Germany adapts to the politics of the Nazi government to boost his own theatre career, the performance looks into the relation between arts and politics and questions the standing of artistic freedom and the ideal of non-compromisable art today.

The scholar will be following the rehearsals of the production, working closely together with the first assistant director. Together, you will support the director in organisational and artistic matters, communicating with the actors as well as the other artists and departments involved.

Cyprus Theatre Organization offers a placement as a second assistant director in the creative team of the main stage production 'The Three Sisters' by Anton Chekhov directed by Athina Kasiou.

The artist through their participation in the production of Three Sisters will gain an insight into the production process while working closely with the theatre director and the dramaturge, will attend rehearsals and production meetings, thus following the whole creative journey until the premiere.

About the theatre:
The Cyprus Theatre Organisation was founded in 1971 and is the state theatre of Cyprus, having a leading role within the cultural life of the country. It emphasises a wide range of activities include a plethora of theatre events in a continuous and creative development, which are characterised by both an artistic and a socio-political orientation.

The production is based on the book SHAPES AND PATTERNS IN NATURE (2021), by Jana Sedláčková and  Štepánka Sekaninová.

The book constitutes an Encyclopedia for little ones full of pictures, which points to diversity and beauty hidden in nature – labyrinths of roots, veins in leaves, shades of grass, structure of bark on the trees, pictures in tree-rings, variety of flower leaves, smells, which attract insects, juicy fruits, crunchy vegetables of different tastes, seeds and nuts, which hit the ground hardly or fly quietly in the air, but hide the secret of life within themselves all the time.

About the theatre:
A professional theatre in Trnava was established in 1974 and known as Theatre for Children and Youth. Following the Velvet Revolution (1989) it took on a classical repertoire for all age groups and was renamed Ján Palárik Theatre in Trnava in 2002.
For decades Divadlo Jána Palárika has promoted the successful tradition of plays for children and youth.

Göteborgs Stadsteater offers a placement as assistant director on the production 'Du är min nu - våld i nära relationer' ('You are mine now - Domestic violence'), written and directed by Gerard Watkins.

This production (on the studio stage), with an international creative team (French, Swedish, Ukrainian), covers the topic of domestic violence. In this psychological drama, the audience follows two couples, from their first meeting and the budding crush until that other takes over – the absent gaze, the need for control, the threats. Slowly but surely, love turns to betrayal and rage, denial, cruelty and despair.

The show will last approximately 2 hours, with five actors and will be accompanied by audience talks after the few first shows.

About the theatre:
Gothenburg is the second largest city in Sweden.
It is only a short walk from Stora Teatern (where the scholar's accommodation will be) to Stadsteatern.
Göteborgs Stadsteater is the third largest theatre in Sweden.

Find out more about Göteborgs Stadsteater

Schauspielhaus Graz offers a placement in the field of dramaturgy on one of their productions between January and June 2023.

The young artist will be joining the dramaturg team of the  theatre consists of four people. This means that the artist will be part of the team and, according to their interests, they can organize their stay individually, take part in rehearsals of different productions, see performances, take on different tasks / research, attend meetings of the theatre team...

The residence can take place at any time between January and June 2023. During this period, Schauspielhaus Graz will bring out 7 new productions and host a playwrights festival. The exact dates will be arranged between Schauspielhaus Graz and their selected scholar.

About the theatre:
Graz is the second biggest and a lovely city in Austria. It is located in the South-East of the country, close to Hungary and Slovenia.
Schauspielhaus Graz brings out around 20 productions every season, with a strong focus on contemporary plays. It has three venues, and a staff of about 130 people, among them 20 actors.

Find out more about Schauspielhaus Graz

The creative team consists of:

About the theatre:
The drama department of the Slovak Nationa Theatre focuses on contemporary world drama, as well as on exploring new Slovak plays. The comprehensive opening of the theatre enabled the cooperation of the actors ensemble with leading Slovak and international directors. Slovak National Drama Theatre stages 8 premières each season. The repertoire contains 30 productions on average.

Slovensko Narodno Gledalisce Nova Gorica offers a placement in the creative team for the production of 'Antigone', directed by the young promising director Luka Marcen.

The topic of performance is the myth of Antigone, this upstanding and brave rebel, has since antiquity addressed, in many shapes, the fundamental question of the antagonism between the unwritten human laws and the code of the state, between the ethics and the law. At the same time, it has meticulously questioned the functioning of the society and the individual’s place in it. This was the position from which Dominik Smole, one of the most important voices of the Slovenian drama writing, looked into the classical myth in his 1960 poetic drama Antigone. Through a story about the time immediately after the end of a destructive war he wrote a contemporary tragedy about the disintegration of all ethics and law, and above all the moral disintegration of the contemporary society and the human. Unlike in Sophocles, Smole’s Antigone no longer rebels against the authoritative leader, the essence of her activities is instead following her consciousness, a system of values which she firmly and uncompromisingly believes – regardless of the appeals of her nearest, the people’s rumours or the opinion of the ruler.

The creative team led by director Luka Marcen along with his team of experienced co-workers, including Branko Hojnik for the set design, Ana Janc as costume designer and Mitja Vrhovnik Smrekar for music composition reflect contemporary issues and take clear socio-political and ethical stance; this will be Marcen’s SNT Nova Gorica debut.

About the theatre:
The Slovene National Theatre of Nova Gorica is a public institution funded by the Ministry of culture of Slovenia and the City municipality of Nova Gorica. It is also one of three national theatres in Slovenia. The theatre has its own ensemble of 21 professional actors and produces from eight to ten new performances per season.

The ETC Artist Residency Programme 2023 is part of ETC's TRANSFORMATIONS programme, co-funded by the European Union.