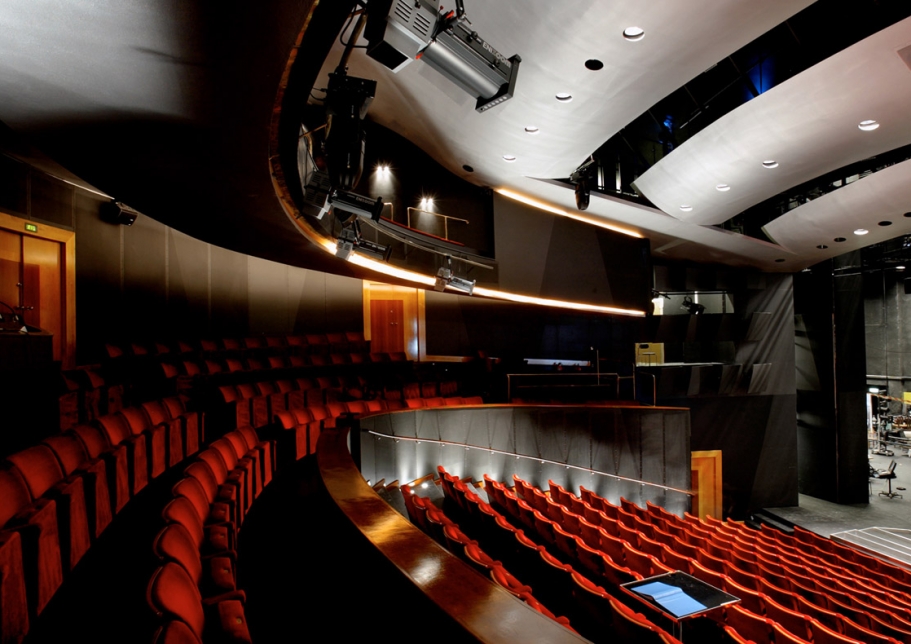 Göteborgs Stadsteater is Sweden's oldest city theatre. It was founded in 1918 through a donation from inhabitants of Gothenburg, and was originally based at the premises that are now Lorensberg Theatre.

The theatre at Götaplatsen - designed by Carl Bergsten - was inaugurated in 1934. It is now listed as a building of outstanding cultural interest. It features elegant 1930 s architecture, particularly in the audience areas where there is a famous stairwell. Its stage machinery was highly advanced for its time, built by specialist engineers from Gothenburg's shipyard industry. It still works perfectly, but has naturally been supplemented with new technology.

Today, the theatre's mission is to inspire, generate debate, entertain and provoke reflection. Just like in the past, the theatre's two main stages feature a mixture of classic and contemporary repertoire from Sweden and abroad.

In recent years, the theatre has increasingly prioritised specially commissioned Swedish plays, particularly on the Studion venue, which is also used as a venue for lectures, debates and various other performances. The theatre's third venue, Foajébaren, hosts the popular lunchtime events, and is also a concert venue.