Rage – What Does the New Generation Think? 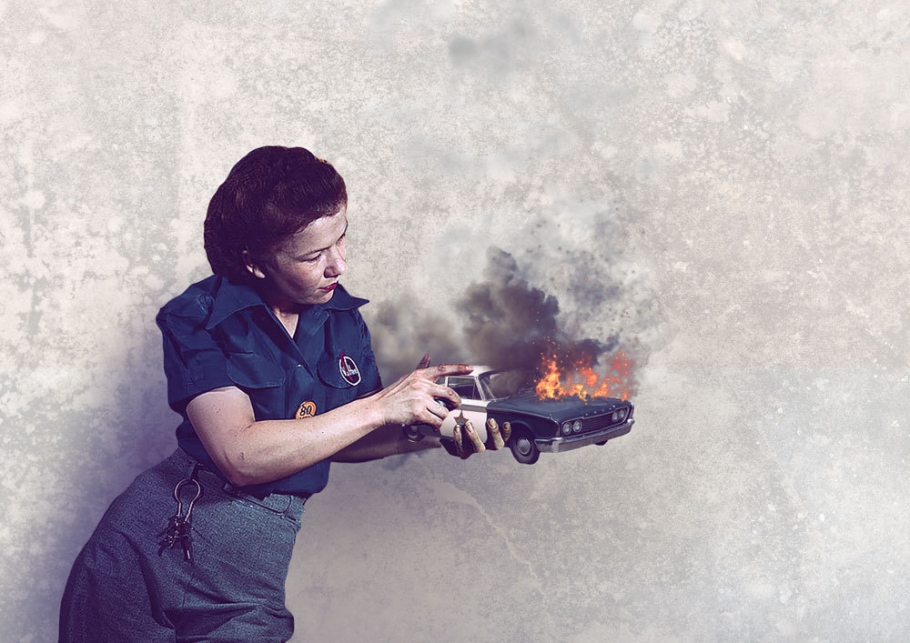 What does democracy mean for people who are not allowed to vote? Who listens when you are not of age? What forms of participation do we need? And what if Fridays for Future is just the beginning? Author and director Wilke Weermann has spoken to Berlin students who are fighting for their future. From the research material and interviews, a classroom piece is created about the political attitude of young people to life.

It is about children playing what they perceive to be a game, which is, in fact, an alien invasion taking advantage of the little one’s influenceability. We follow Mrs. Morris through the plot, a mother, who – just like every other adult there is – fails to take her child’s doing seriously and thus unwittingly paves the way for the invasion of planet earth.

It might be part of the teenage concept that adults don’t get them. A noticeable side effect of not having to even try understanding one’s own offspring is that the teens are not taken seriously, as they are (still) uneducated, influenceable, and have hormonal trouble.

There have been times in which this wasn’t that big of a deal. As long as Zayn leaving One Direction and the latest season of Riverdale dominated the young adult conversation, we didn’t miss much. Looking at mass phenomena like the Fridays for Future though, this turns out to become more of an issue: climate change and political participation are some of the hot teen topics today (next to Riverdale, of course).

Rumour has it that there is a new generation of politically active citizens arising. Doing our research now, Lasse Scheiba and I wanted to meet this new generation and tried to gain an insight on how the age and rage came together these days. We visited teenagers in various schools around Berlin to find out what grinded their gears. When I walked into the first classroom on our journey, I was prepared for anything: we’d either face a group of pigtailed teenage environmentalists, ready to abolish patriarchy and change the world as we know it. Or we’d meet a group of teenagers being – well, teenagers. Disoriented, uninterested, reluctant. Some young people with no resemblance to great Greta whatsoever.

Bloated with my own clichés I found, what might not come a surprise to anybody: something in between. Yes, there were the reluctant ones. Yes, all of them were enslaved by the same algorithms as the rest of us. So, yes, their feed fed them the same junk it also shoves down our throats – only on Instagram instead of Facebook.

Nevertheless many of the young adults we met surprised me with decent knowledge not only of environmental challenges, but with a striking sensibility towards topics such as gender, mental illness, and social injustice. Also, all of them (even the reluctant ones) claimed having a grand media competency and gave me no reason to question that so far. When it came to rage though, the young people had difficulties being open about what made them angry. Mostly they stuck to what they knew was socially accepted. It seemed like rage has not been cultivated much at school. Maybe rage deserves to be looked at more closely as a fuel for transformation, as the motor of change? I don’t know.

Towards the ending of our sessions, quite often there popped up a frustration about wanting to participate, but not being allowed to. They wanted to vote, they wanted to be taken seriously – and personally, I think many of them were as ready for it as anybody. In those moments the teenagers made me forget they were underage. Or, in other words, that they were minor citizens.

I am grateful for our short journey leading towards a new perspective on a privilege, which I had taken for granted. How could we redefine adulthood? Why does one have to be 18 years-old, why not 16? Or is it still reasonable to link maturity to age at all? The main question is: how do we deal with the ones supposedly too young to decide, yet old enough to deserve having a say in the world? It is a tough and, it seems, urgent task to rethink this part of the democratic system.

In the end, we don’t want to be those tall and silly dictators, do we?

Learn more about the play