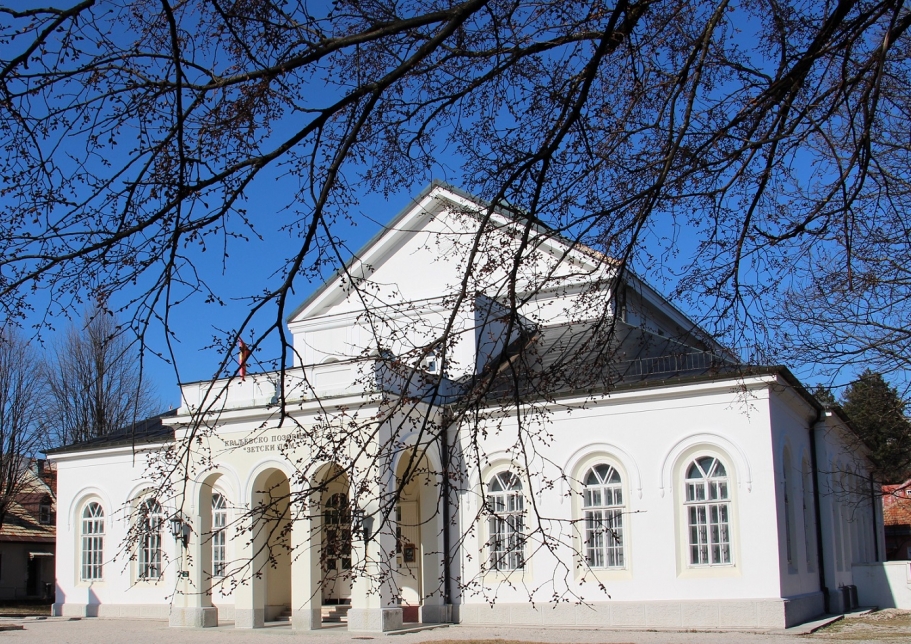 Inheriting the tradition from 1884, the Royal Theatre "Zetski dom" is the oldest theatre institution in Montenegro.

From the end of the 19th century until today, the mission of Cetinje and Montenegrin theatre has remained unchanged – meaningful and recognisable production, implementation of new forms, as well as guest performances on the most prominent stages in the region and beyond, we contribute to theatre activity.

In addition to domestic, the Royal Theatre, through its own production or co-production, has collaborated with the most prominent regional and European directors, playwrights, actors.

Our theatre is also engaged in concert activities and publishing, festival activities, organization of film screenings, thematic programs dedicated to children and youth. The aim of our newspaper "Protagonist" is contributing to local and regional theatrology.
The Royal Theatre “Zetski dom” from Cetinje pays special attention to the development and improvement of regional and international cooperation and so far has participated in the project Collective Plays ! supported by the EU programme for culture Creative Europe. Also, we were the leader of the ADNICH project, implemented within the IPA CBC program between Italy, Albania and Montenegro.