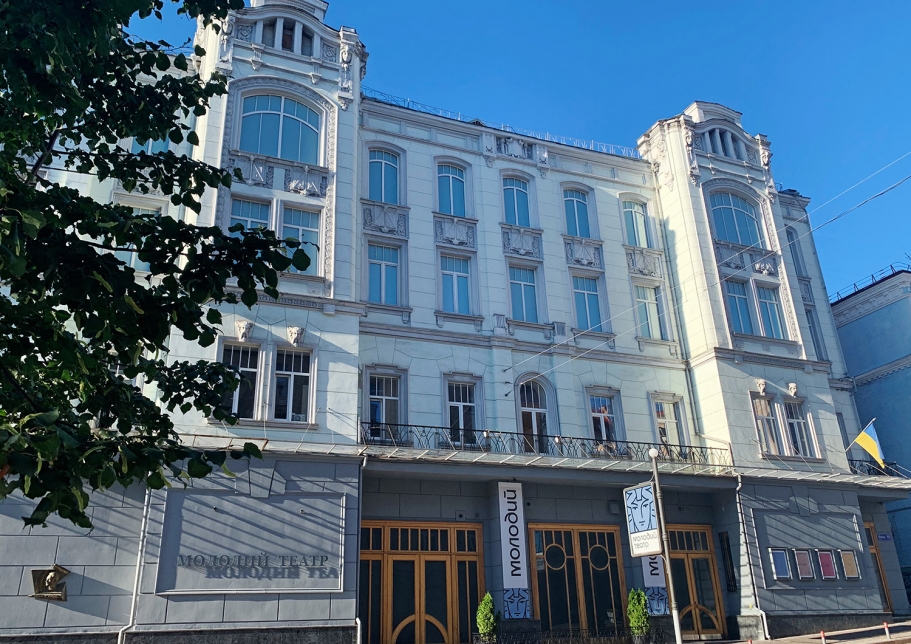 Molodyy Theatre was founded in Kyiv one hundred years ago, led by Les Kurbas – Ukrainian director, actor, playwright, publicist and translator. His goal was the creation of a new Ukrainian theatre to propel Ukrainian theatrical art onto the world stage. But, after just two years his theatre was destroyed by the government.

In 1979, 60 years after the closing of the Molodyy Theatre of Les Kurbas, the Molodijniy Theatre was opened in Kyiv. In 1995, it was renamed the Molodyy, as a tribute to the memory of the great reformer of the Ukrainian contemporary theatre.

The artistic director of the theatre has been Andrii Bilous since 2012. He has increased the number of premiers in the season, launched a powerful mechanism of tour and festival activities and actively supported new theatrical projects. Now, one of the main goals of the theatre is the integration of the Molodyy into the international theatre scene.

On 7 May 2019, Kyiv Academic Molodyy Theatre was awarded the status of National Theatre.

The Molodyy Theater - for people young in mind!