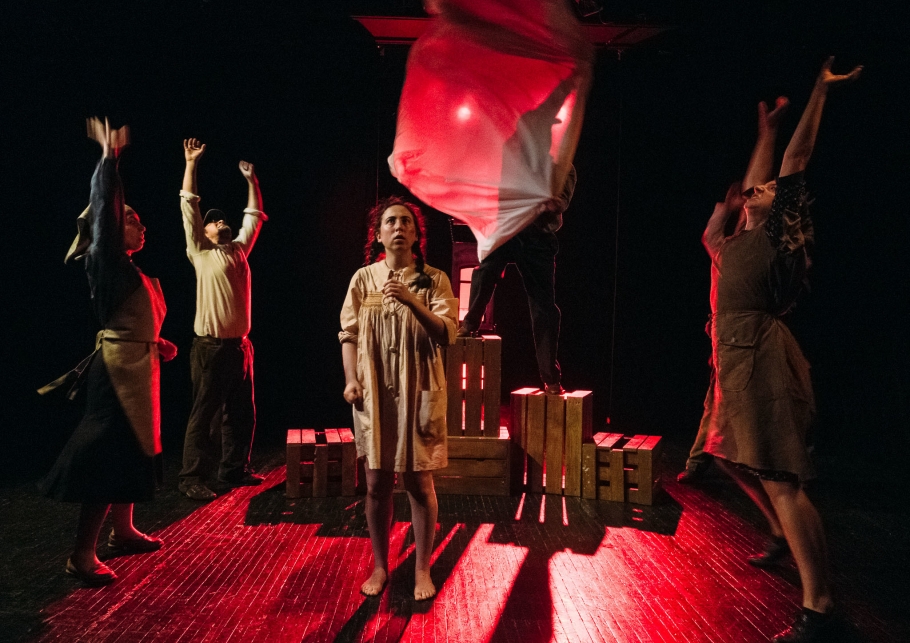 Last year, the production toured the United Kingdom to great acclaim, and this year the British theatre company brought the play back to its birthplace, Ukraine. The production presents a fresh interpretation of Mykola Kulish’s masterpiece, with puppetry, physical theatre and an original score. This unique take on a Ukrainian classic, shows that Kulish’s work defies national borders and remains powerfully relevant more than 80 years since it was written.

In Ukraine, the first performance was staged by Les Kubas, who led Kyiv National Academic Molodyy Theatre in 1917. Therefore, Molodyy Theatre were proud to present the first English interpretation on their stage.