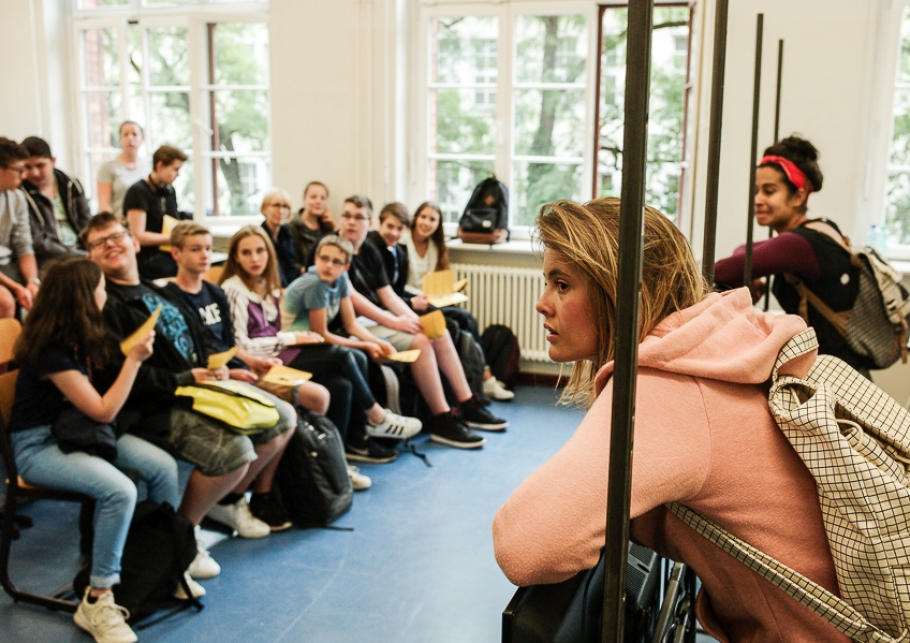 This article was published in 2017 within the framework of the NADIA project. 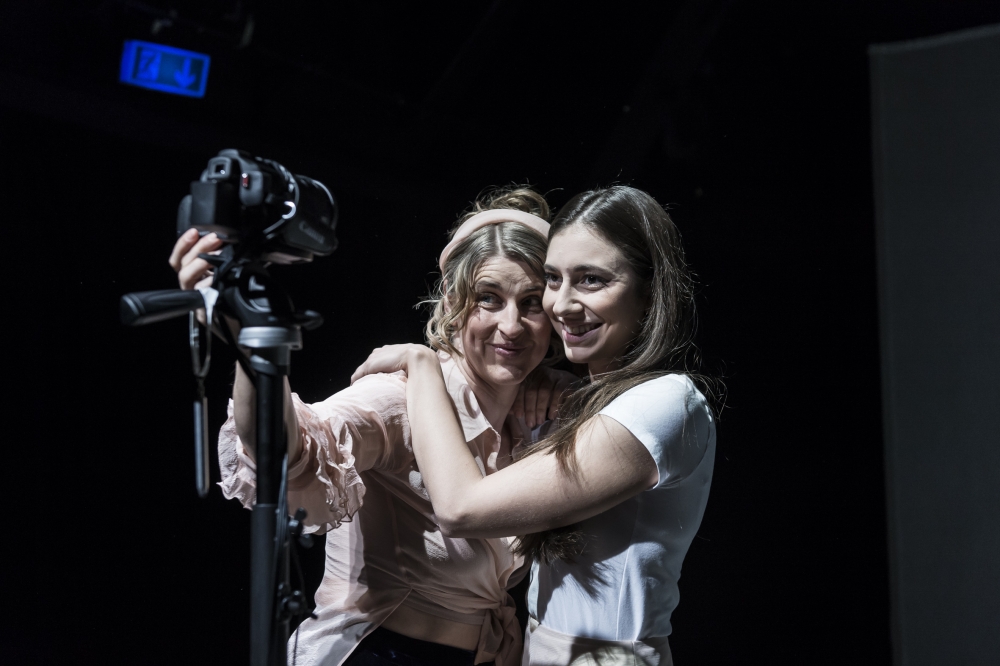 “What we should really do is make them feel that they belong…” That’s what a police officer told me in a small city in the Netherlands. She was speaking about radicalized youngsters. She had been in close contact with a group of about 15 girls before they left for the Caliphate in 2015. “The deradicalising programmes the government provides”, this officer told me, “I doubt if they work. I doubt if these youngsters take a person dressed up in a suit seriously, knowing he earns a high salary. It only confirms their prejudices: they want something from me, they’re manipulating me, I am not good enough as I am. When actually, what we should really do is simply make them feel … that they belong.”

My journey of writing Nadia was one with a lot of twists and turns. Initially, I had planned for Nadia to be absent in the play. I wanted to write something about two sisters that were left behind after Nadia’s sudden disappearance and who were putting the pieces together, trying to discover Nadia’s motives for leaving. But that idea appeared to be too artificial, too contrived. It didn’t work. It didn’t come to life.

So I started again.

I realised that I shouldn’t start with a girl who was already radicalised. I realised I had to show a process; the gradual development of a thought. I had to show how little seeds start to sprout unnoticed. The big impact that small, mindless remarks can have when repeated often enough. I could only show this process by keeping it close and personal. So the main character Nadia should definitely also be the main character on stage.

I realised that it should be a play that all teenagers can relate to, including those at schools where pupils have a less diverse cultural background. The play had to be about the insecurity of puberty and the never-ending need for validation. Do people like me enough? How do they view me? It had to be about the sexual confusion amongst teens. About the image of young women in the media. Where is the border between sexy and pornographic? And the play had to be about the universal search for identity. Because, once you know where you belong, you feel less alone.

And so, Nadia and Anna were born: two girlfriends right in the middle of this search. Important, above all else, is that they are friends. Because, although it is a play filled with opposing ideas, discussions and conflict, it is also a play about friendship. A play about the never-ending attempt to understand each other, even when it is near impossible.

I realised that both their perspectives needed to be equally represented. And that the prejudices and clichés that are used and played with in the play needed to be shifting and changing all the time. I wanted the audience to take one side, then the other, and be switching constantly back and forth.

And I wanted it not to be the story of a terrorist. But of an idealist.

I mentioned my conversation with a Dutch police officer. This was a key moment during my research. She told me about these girls and their position with a huge amount of empathy and understanding. Whilst listening to her, the image of the character Nadia appeared. She spoke about girls from liberal Muslim families, whose parents put a lot of pressure on them: “You have to do well at school, you have to go to college, you must take all the opportunities we didn’t have”. Girls that felt a lot of anger and sadness when confronted with injustice, both far away and nearby. They collected money for charity, helped children with their schoolwork, and so on. They were idealists. 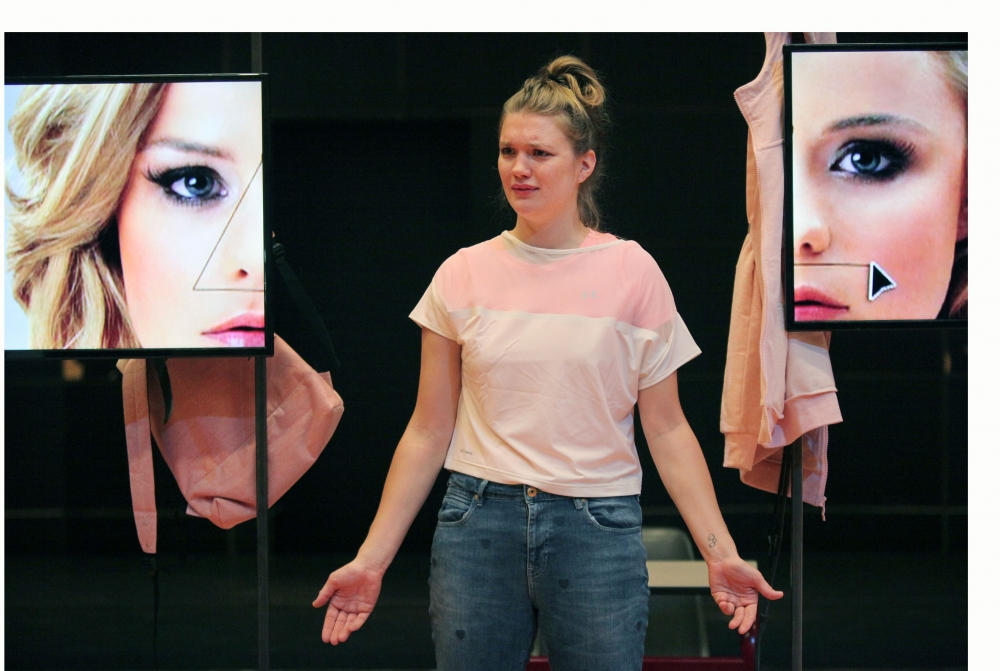 But somewhere there was a turning point. Somewhere these young women got the feeling that they were bumping into walls with their ideals. They grew more aware of their status in society, of institutionalised racism, of the stereotypes in the media, of always having to defend themselves when there had been a terrorist attack somewhere. As Nadia says in the play: “I never used to think of it that way. It’s just part of my life that some people think I shouldn’t be – part of theirs.” And during this vulnerable period, a person with a persuasive message can have a huge impact on them. The police officer told me she believed that, in another context, these girls probably would have become Greenpeace activists. But, in their case, they came into contact with an Islamic tutor – just as Nadia meets Brahim online – who slowly started to recruit them. And at that point, the process of radicalisation can suddenly accelerate very quickly.

I realised that radicalization and being idealistic and committed are two sides of the same coin. Both are people fighting for what they believe will make a better world.

The girls from this officer’s story fully absorbed their new Islamic identity, opposed their parents by doing so and found a way to channel all their energy and hope. They wanted to believe in the Caliphate. They wanted to believe in the idea of starting again, creating a new world: a world of justice and purity where brotherhood and sisterhood prevail.

Purity. This is an important word. The image of a world system that is corrupt and intrinsically unfair opposed by the image of a new world that is pure, where people are in touch with God and their inner selves, makes a powerful case.

And so, partly politically motivated and partly romantically naïve, these girls left for the pure world. At least… so they thought.

I feel very grateful that this police officer wanted to share her and the girls’ experiences with me. And I hope that, with Nadia, I managed to make tangible how such a process possibly takes place: the emptiness that Nadia started to experience and the utopian dreams she wanted to believe in. And I also hope the play conveys that Nadia and Anna are similar on a lot of levels and go separate ways mainly because their position in society is a different one.

We staged our production in a simple but powerful way using two television screens. On these screens, we show the public and secret online lives of the characters: Anna’s fancy blogs and Nadia’s secret chats. In addition, we show compilations of fierce and often polarising images from all kinds of (social) media with which we are all confronted daily. We perform in classrooms, close to our young audiences. The discussions Nadia and Anna have are also conducted by the children themselves in their daily lives, in these very classrooms. And these discussions provide no simple answers. I noticed that it meant a lot to some youngsters that the characters expressed thoughts and feelings that they also have themselves. They could identify directly with it. The reactions and post-performance talks at the schools were overwhelmingly honest and very diverse. Our dramaturge Paulien Geerlings writes about that in her foreword. Yet again I realised how important it is to show youngsters that we live in a very complex world and that we shouldn’t attempt to make it simpler than it is. In this play, there are no winners. And the conversation of Anna and Nadia is not over yet.

There have been many requests from Dutch schools for us to come and play Nadia and I hope we will be able to continue performing it for a long time.I am grateful I had the opportunity to write this play. It has shown me once more that presenting multiple perspectives is of vital importance. If we continue to do so, maybe we will not only understand the complexity of our world a bit better, but even embrace its complexity a bit more. In that embracement, I believe, lies the beginning of a more equal and peaceful world. A world in which, I hope, everyone feels that they belong. 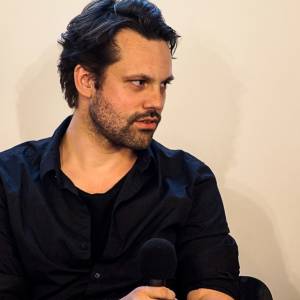 Daniel van Klaveren is a Dutch actor, director and playwright. Among his works are Maarten, The Seagull (2016), Mozart´s sister (2014) and Jamal (2016), a play about a radicalized boy and his counsellor, which has been performed by the theatre company De Toneelmakerij at schools in the Netherlands for three years in a row. He is the author and Dutch director of the play Nadia (2017).