"We can say on an abstract level that one of the main sources of rage among the teenage respondents is ‘Family’ itself." 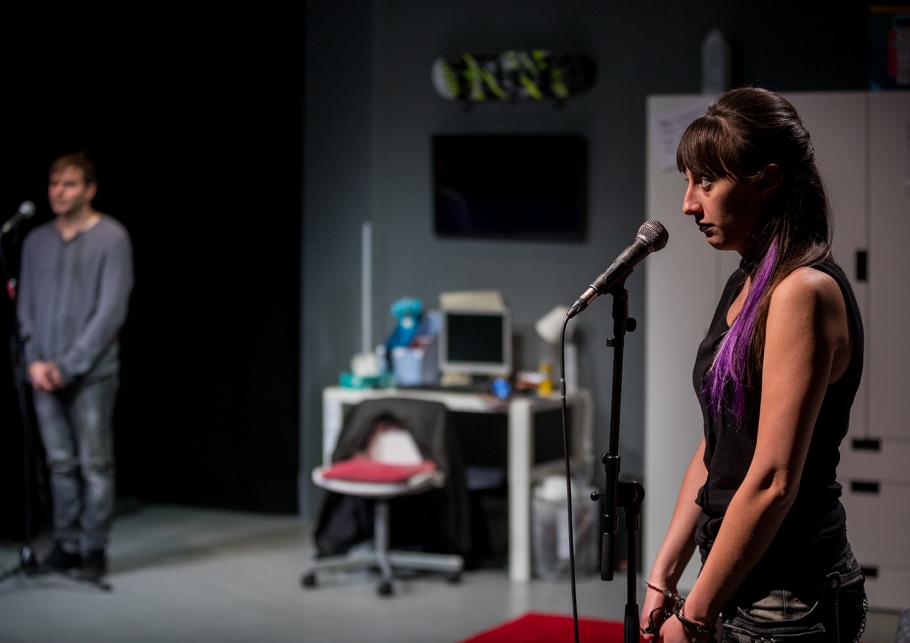 Weöres Sándor Színház (WSSZ) joined the Age of Rage project group within Young Europe III and, according to my memory, the strategic direction was very different before the ‘fateful’ round of negotiations in Amsterdam.

Prior to the kick-off meeting, the coproduction partners had been considering the issue of national identity as a possible theme, and some of the creative partners were probably ready to commit to this subject. Luckily, however, as we shared this forum with open-minded and tolerant people, the ETC partners listened to and understood my concerns about the chosen topic. This was remarkable, considering that our theatre’s application had only recently been accepted by the Presidency and General Assembly of ETC—and yet they all viewed us as equal partners. As a representative of the new Hungarian member theatre, I would have found it worrisome to work on a project that could potentially have political overtones, even though I really wanted our theatre to join the programme—especially since I had witnessed the birth of the project Young Europe I, back in Nancy, when I was still representing a former ETC member theatre, the Csiky Gergely Theatre of Kaposvár.

It is an unfortunate, but perhaps not only a Hungarian phenomenon, that our lives are now so intertwined with politics that it is even difficult to talk about perennially relevant issues of human life without them being immediately dragged into the fetid marsh of politics. It is awful, but in Hungary it is now impossible to discuss culture, education, health care—and perhaps it never was?—without political feuding and infighting; furthermore, it is even sadder that, as it seems, the everyday civilian is now losing the battle.

In Hungary nowadays neither culture, nor education, nor health care, nor the media etc. is free and independent, but instead the victim of petty power games. This situation renders not only the artist vulnerable but the recipient too, not only the student but the teacher, not only the patient but the doctor. This is why I wanted the member theatres of Young Europe III to agree to a comprehensive theme in which our small and enthusiastic workshop could find a relevant issue to discuss without fear, about which we could not be silent. The issue of national identity would be such a topic, of course, and I only wish for us Hungarians that we will be able to talk about it openly, bravely, frankly and with mutual respect in the not too distant future (and hopefully still in our lifetimes).

Since this issue and the anger it triggers are unleashed to an extreme degree in Hungary, I sought to delve into an issue which turns away from “surface chat” and moves towards “silent depth” (Attila József).

To my great joy, after in-depth discussions, our small federation of three theatres was able to agree to a theme relevant in a broader sense—Rage—which could allow all partners to perhaps fulfil their original ideas and let us more freely immerse ourselves in the subject. This is how we became a full partner of the Age of Rage section of Young Europe III. We wish to express our thanks and appreciation to this great community for accepting us.

After selecting the unifying theme, our primary goal was to achieve the objectives we determined collectively, along with the means defined together. We strove to send questionnaires compiled by our close-knit team (De Toneelmakerij, Deutsches Theater, WSSZ) to as many students as possible in the target group. We assembled a team of ten students, who kept in touch with the schools as junior ambassadors of Age of Rage. It was their responsibility to familiarise the students with the programme and convince as many young volunteers as possible to complete the questionnaire.

In addition, we conducted 20-to-30-minute video interviews with open-minded young people and set out to explore the possible causes and problems which most infuriate the generation that we had made the subject of our study. After the initial video interviews, it was evident that our project had entered difficult terrain for several reasons: first, the legal limitations regulating interviews with minors are rather intricate; and second, the gravity of the chosen topic hardly allows for in-depth and open discussions. For this reason, whenever we felt a teenage interview subject was about to open up in response to our questions, we ran up against privacy laws and, although the interviews were done with parental permission, we were not or barely allowed to touch upon some important and delicate issues, including sexual identity, religious identity, parent-child or teacher-student relationship, etc. That’s why we attempted to have students conduct the interviews with other students, although these were not as fruitful as the interviews we conducted ourselves.

"We can say on an abstract level that one of the main sources of rage among the teenage respondents is ‘Family’ itself."

Despite these hurdles, we of course met students whose stories had the potential to become dramatic theatre, but we handled these stories confidentially in order to protect their privacy, which they in some cases explicitly requested. While maintaining anonymity, we can mention one example of a story that a student told us: he described in length how he realised he was bipolar and needed help. His mother, however, who was a dentist, did not want to hear about his problems, and refused to let him seek professional help or consult a doctor as she feared that he could forget about his education and career if this problem was in his medical records. This teenager told us that his main ambition was to move far away from home and attend a medical school where, in addition to receiving a professional medical education and training, he could also hope for appropriate treatment for his condition. A moving story. But what else does it reveal?

Almost all of our interviewees come from broken families. It is common for parents to be divorced or unemployed, to struggle with alcoholism or infidelity, and so on. Therefore, we can say on an abstract level that one of the main sources of rage among the teenage respondents is ‘Family’ itself, even though none of them said that explicitly.

Another source is, without a doubt, school. There were no interviews in which teens failed to say that they were most enraged by school and the related obligations.

That is why, after studying child–parent murders, which now occur in ever greater numbers in Hungary, we selected a specific story to be the topic of our play. The characters’ names and ages have of course been changed, as well as the location and the facts and figures included in court documents and printed media. Thus, a fictitious drama, divorced from reality, has now emerged, through which we aim to understand the story and the motives of a matricidal couple. The author has presented us with quite a challenge as we have had to create a theatrically relevant fabric for narrative monologues written in the third person singular. But this is an issue that the production is compelled to explore. ♦ 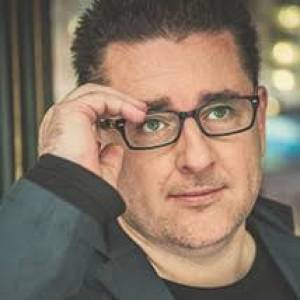