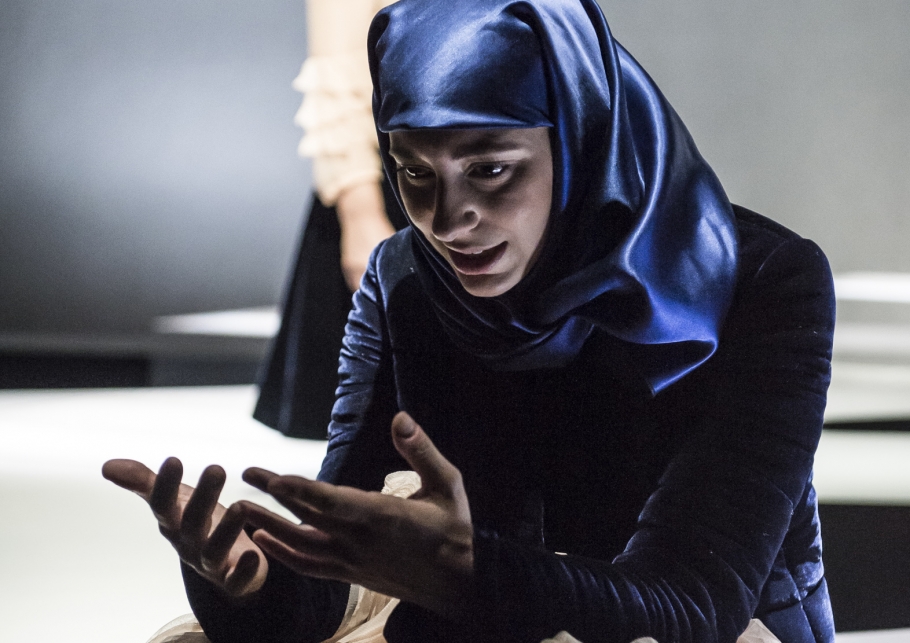 The panel talk was published in 2017 within the framework of the NADIA project. 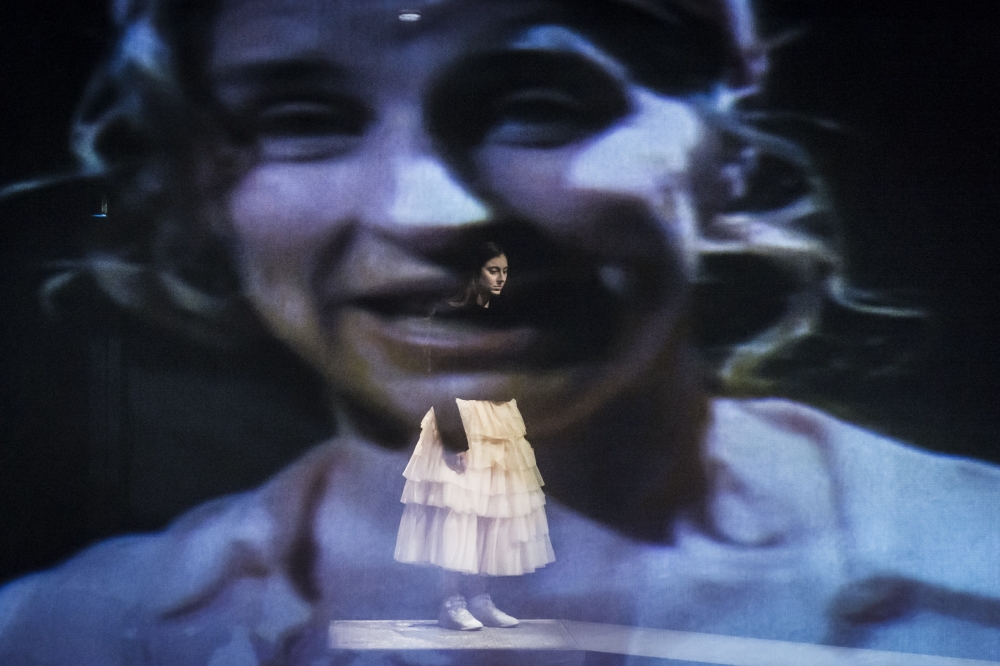 Two main factors influenced our staging concept for Nadia: first of all, we decided to stage the play in a theatre rather than a classroom, namely, at Haus Drei, a venue of the Junges Staatstheater Braunschweig. The second factor was, of course, the script by Daniel van Klaveren, which describes the friendship between Anna and Nadia and shows, step by step, how Nadia takes on a radical Islamic attitude. The play is written in small, realistic scenes set in a school.

In our staging of Nadia, it was very important for us to give both characters, Anna and Nadia, equal importance. We wanted them to have the same space to develop their thoughts and views on stage. Both of them are searching for a place in the world where they live and are trying to figure out what part they play in society. We wanted to show that these two girls are facing the same problem and both seeking answers in the same world – although they end up finding very different answers. Our intention was to show the two characters as reasonable and sympathic protagonists, with whom the audience can easily connect.

We chose an abstract stage design as a contrast to the hyper-realistic text. A gauze curtain divided the stage into two equal areas for each of the protagonists. Anna’s area was in the front, Nadia’s in the back. There were different paths the actresses had to use on the floor; only one path connected both areas. Depending on what paths the protagonists took, it indicated whether they were open for communication or not: whether they were able to connect or not; whether they were trying to connect or avoiding connection with each other or with the audience. Exploring these positions and paths expressed that Nadia was not always accessible when she was in her world – neither Anna nor the audience could reach her. Moreover, the abstract stage design made it possible for the audience to have a distanced perspective on the play, thus letting the audience decide for themselves how close the play was to their personal lives.

Another central element of our work was the presence of the internet, which plays a key role in our society in general and for radicalization in particular. So we installed two projection screens on our stage. Anna performs her monologues for her blog, F-Anna-tic, on a live camera and the picture is projected simultaneously onto the screens. Nadia’s chat conversations and Skype calls with Brahim were also shown on the screens.

We decided to tell the story basically from Anna’s point of view, which then was also the point of view for the audience. Letting Anna use the camera and the internet was a very useful device for presenting her viewpoint.

Nevertheless, the decision to focus equally on both characters Anna and Nadia worked out, as indicated by the young audience’s feedback. They had empathy with both characters, which made it possible to debate the matter of radicalization in a multifaceted way. During this post-show processing, we also found out that a lot of teenagers know very little about radicalization, the Caliphate, and the ways people are seduced into following extreme Islamic ideologies. The young audience was also thankful for an opportunity to talk openly in the theatre about questions surrounding the idea of belonging, such as, “Whose child am I? What society do I belong to – the one I live in or to the one my family comes from?” 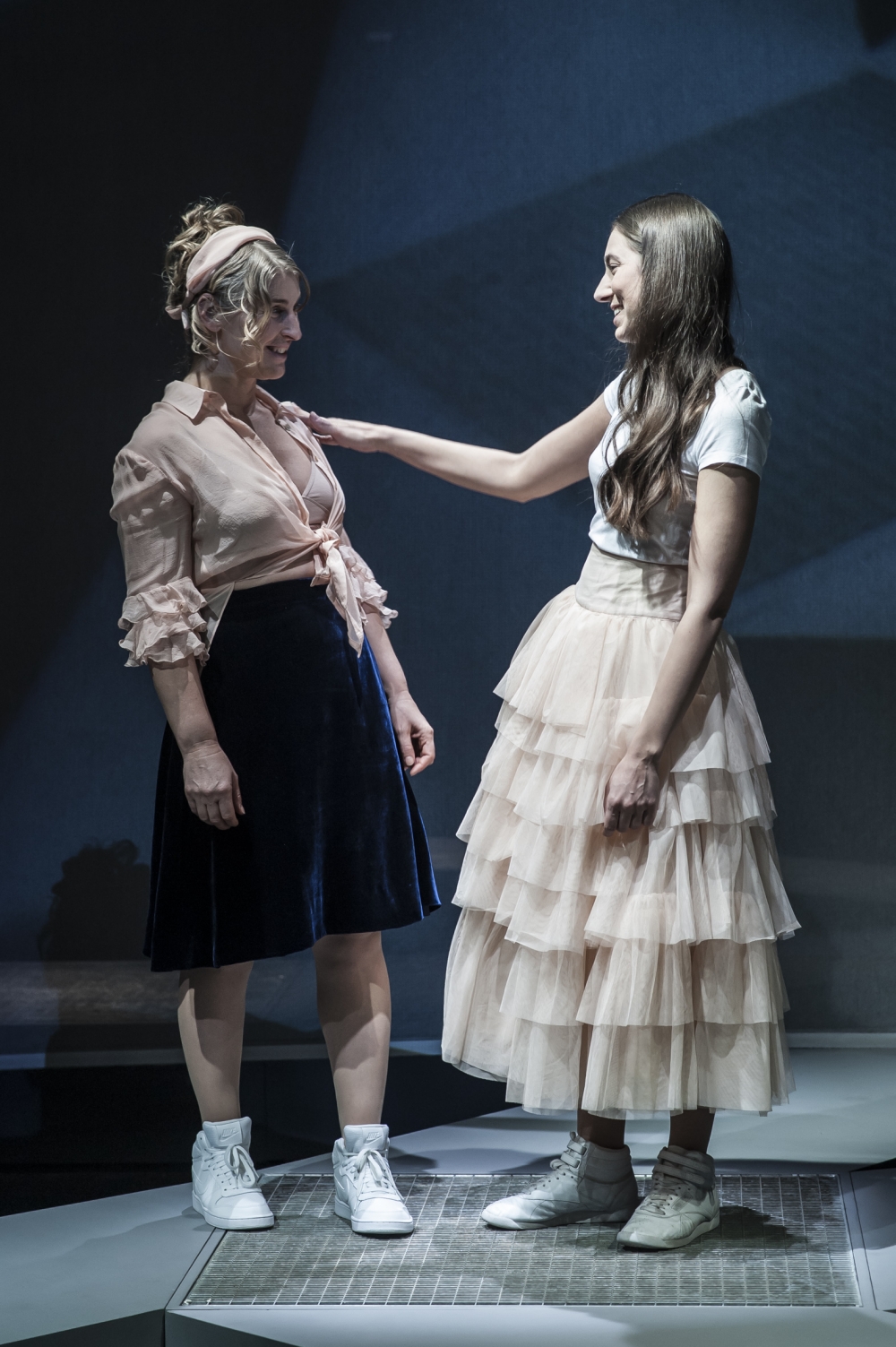 It was a very enriching experience to stage Nadia and be part of an international ETC project. The discussions we had at the meetings about radicalisation and Islam were very helpful in preparing the staging of the play. We believe that this co-operation significantly increased the play’s overall quality and impact. It was a really good experience, especially for a young stage director, to be in constant dialogue about the play and then later be able to see the different productions of Nadia, and compare and discuss the different results.

A crucial part of the NADIA project was the educational programme of the Staatstheater Braunschweig and its network of schools. The participating schools were located in and around Braunschweig and included Integrierte Gesamtschulen (comprehensive schools), Berufsbildende Schulen (vocational schools) and Gymnasien (academic highschools). The project thus reached young people from very different educational and living environments.

All the classes worked with the catalogue of questions and assignments provided by the ETC project partners. The students not only exchanged ideas within their own classes, but also used Facebook as a platform for sharing their opinions, experiences and knowledge with schools in Italy and/or the Netherlands. A Facebook coordinator matched up each student with another student from a different country – some were even matched with two. The common thread running through the project was that all of the pupils watched the performance of Nadia in their respective language and setting. All participating schools appreciated being part of this project, as it gave them a one-of-a-kind opportunity to explore this controversial issue, and to work with the ETC and the Junges Staatstheater Braunschweig. Despite some infrastructural and technical difficulties – most notably concerning the usage of Internet at the schools, delayed answers to questions, and sharing opinions online – it was a huge success for all participating students and teachers. If possible, this project should definitely be continued!

The participating students gained a lot of intercultural knowledge and experiences throughout the international exchange. The students practised their spoken and written communication in English and gained awareness of the topic of radicalisation. The pupils reported that exchanging ideas on an international level was not only interesting, but also gave them insights into the lives of other young people in Europe. And these insights, such as those gleaned from the ‘social experiment’ task, enabled mutual understanding. All in all, the production of Nadia and the co-operation surrounding it gave the pupils a chance to understand and reflect on the potential of radicalisation and discuss possible ways of preventing it. 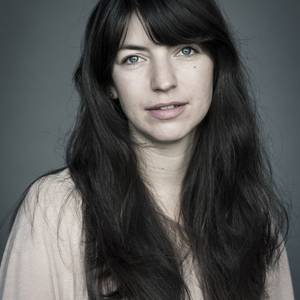 Esther Jurkiewicz is a young German stage director and theatre pedagogue. She worked at Berliner Ensemble and as assistant director and theatre pedagogue for various theatre and film projects from the independent scene. Amongst others, she developed several plays together with young actors at JugendtheaterBüro Berlin. Since 2013, she works as assistant director at Staatstheater Braunschweig, where her production Mehr Licht! premiered during the in 2015/2016 season. In 2017, she developed and directed the productions Hau’s um and Nadia.