How to Develop Games in (a) Theatre?

"A very important thing to reflect on is that you exclude linearity in storytelling. This way, parts of the story are left out at some shows but included in others." 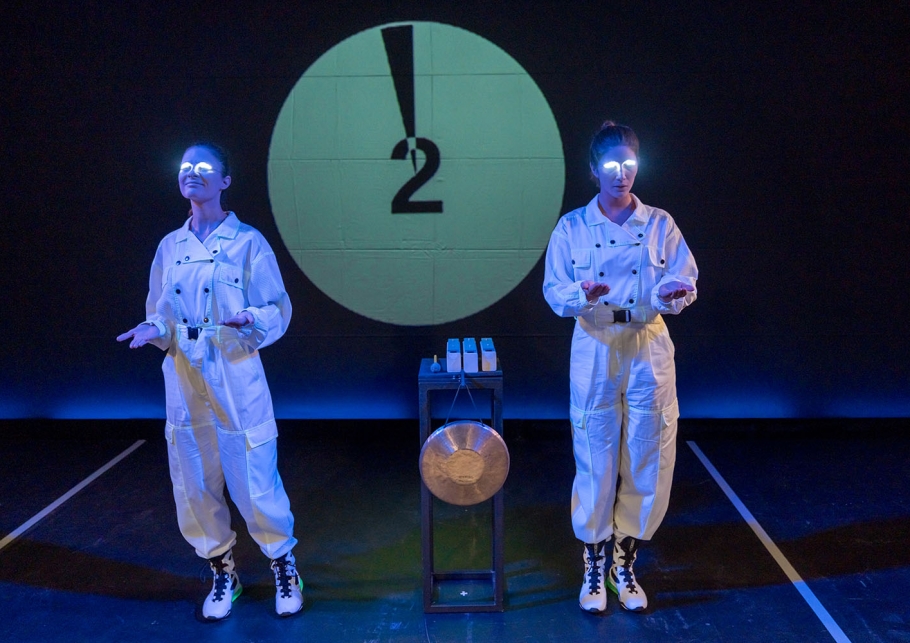 First things first: Be aware of the problems you create for the audience, a.k.a. the player, and consider the consequences for the theatre. For the player of your game, problems should be interesting yet solvable. This is completely different from any dramatic situation where you have to deal with ineluctable problems. Let’s take Hamlet as the most obvious example. To sleep or to die is not a solvable problem because it is not interesting to decide. Both options are pretty boring for the rest of the game. But if you as a player can decide to kill your uncle while he is praying or to keep him alive and then perform a play to give him a hell of a catharsis—well that is one pretty interesting choice for the rest of the game. These problems should always relate to and impact your story. So, don’t keep Claudius alive via plot twist if your players decide to kill him. Instead, let the players decide and reward them with good or bad options. And let them know whether their solution was good or bad. It is very rewarding to know that you are on the way to winning the game.

The first problem that the people have to solve is the most critical. Make sure that they understand that they have to be active, otherwise the game won’t work. To take the Hamlet example, if the players don’t decide what Hamlet should do, then the story or game cannot proceed. One good technique is to clearly define the audience’s role, explaining that a part of their job is to solve the first problem. It is a special time in your game when the audience is not yet participating, but about to become an active player, so be careful with this liminal moment in time.

On another level of thinking is the question: How should you design your problem for the actual theatre? Which physical aspects shape your game? Do you want the players to just choose via voting tools like TED systems or should they physically engage in your story like in an exit room? There is a significant difference if you have one Claudius and one Hamlet party voting against each other or LARP¹-style fighting against each other with foam swords. You also need to consider how the interface of your game dictates the size of the group of players. This is an aesthetic choice, and you must also decide how much distance you prefer between the game and the players. If the audience is on stage, then this decision must be made early on. If you want to stage Hamlet for one actor in a basement, you will have to deal with strict laws and rules managed by the state, not the theatre. Going crazy for Hamlet has to be executed in a very regimented manner. Try to find out and accept the relevant laws, but as a second step you can experiment with them and try to find freedom within this set of constraints. If you want or need more people in one show, try to create an interesting role for the less active part of the audience. Make their role important for the narration. If Hamlet decides which audience members are the actors in his play for Claudius, it becomes very interesting for the part of the audience that observes others solving the problem.

The last thing to think about is the gradient of difficulty of your problem and how to develop good working practices to decrease it. If the audience playing Hamlet needs one hour to overcome the first obstacle or just two seconds, then you designed a mediocre game and you will lose much of your audience to either frustration or boredom. You have to have a plan B to push them gently to the solution. People are very different, so this is something that you only find out through testing your game with people who aren’t familiar with it. Force yourself to test from the very beginning, for example by inviting people who work at the theatre in the first two-week testing period. In the third or fourth week, use people close to the theatre like friends or amateur actors. In the final rehearsal week, you should conduct at least two tests with a test audience. If you have actors leading through your game, it is even more important to have sparring partners. Organise this before your rehearsals start, as it will save you time and worry.

"A very important thing to reflect on is that you exclude linearity in storytelling. This way, parts of the story are left out at some shows but included in others."

And now let’s talk about the problems you create for the theatre and its staff. I mentioned regulations above but there is a lot more to consider—and thank goodness theatre technicians enjoy solving problems, too. It is your responsibility, however, to make your game manageable inside the theatre’s machinery. A very important thing to reflect on is that you exclude linearity in storytelling. This way, parts of the story are left out at some shows but included in others. Here is a quick example of why this could be a problem: Usually the lightning fixtures are programmed so that you have a fixed sequence of scenes. Backstage, the technician pushes one button, and then the next according to a set schedule. There is just one button—not an A button (for when Claudius dies) or a B button (for catharsis). There are many ways to fix this problem, and your technician will find one, but this is a fundamentally different issue. To make things easier, you should assign one person to be the game master, this is often the stage manager (who should be relaxed). This person announces the players’ decisions and decides what to do should they behave unexpectedly. Involve your game master from the very beginning; after all, if they have to decide what to do, then they need to truly understand the logic of your game, and should understand the world your narration lives in. Try out important technical aspects before you even go on stage. It is very hard to invent a new game in the last week of rehearsals if things don’t work out as you planned them in your head.

Technically, in order to give hints where needed, it’s important that the game master can see the players and tasks. This sounds obvious, but it is sometimes easier said than done. Surveillance cameras are your best and cheapest friend.

Other than in your game, you don’t have to have a solution for all problems. It is more interesting to have a good question and you will be surprised by how much better the solution is than the one you thought of.

These tips and tricks are based on my experience. I may get many of these wrong but some of them may save you and encourage you to create a theatre game. Games are good to get a feeling for complex correlations and to develop an understanding of problems you normally don’t have. Take Fortinbras, for example: he has to decide if he should fight with his army against Denmark because a crazy dude needs help. Would you put your own soldiers’ lives in the hand of a guy who sees ghosts? ♦

¹ Live Action Role Play – this is essentially people who pretend to be fantasy characters, playing in the woods with authentic costumes and foam weapons 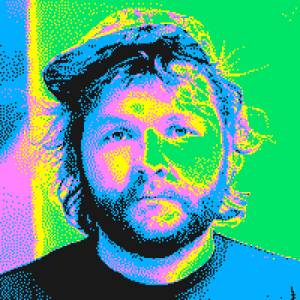 Krause studied directing at the ADK in Ludwigsburg. Afterwards he spent three years working for the Thalia-Theater in Hamburg. Since 2018 he has been studying the masters programme Spiel & Objekt (Game & Object) at the Hochschule für Schauspielkunst Ernst Busch. His work is a mixture between theatre, games and installation. anne&ich is his own collective and he has collaborated with machina eX or doublelucky productions.