"As the generation known by the final letters of the alphabet continues to grow up and become adults in the early twenty-first century, a contradictory situation becomes ever more evident... 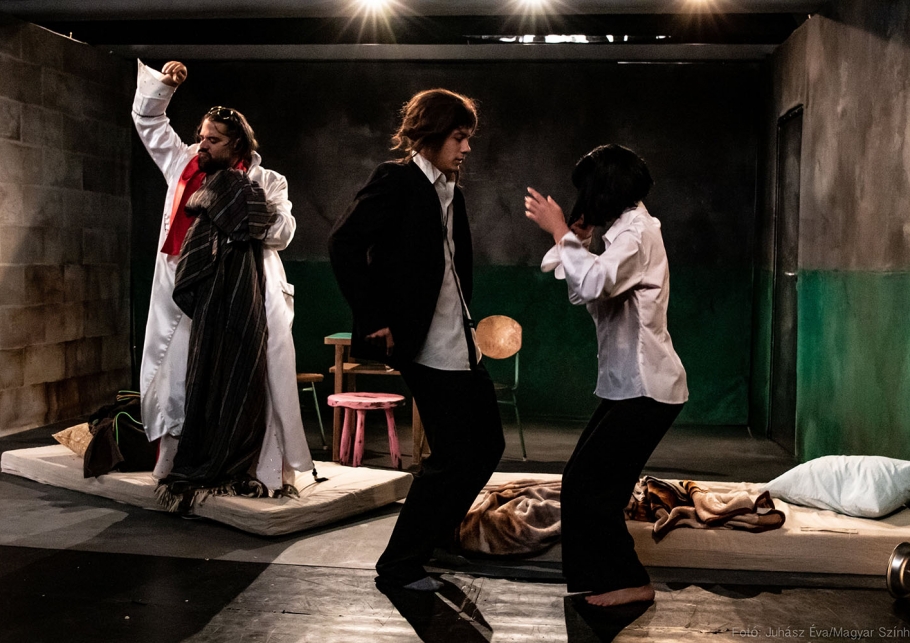 As the generation known by the final letters of the alphabet continues to grow up and become adults in the early twenty-first century, a contradictory situation becomes ever more evident as it arises, creating a huge generation gap—even though, strangely, it in fact appears that the border between generation is now being washed away. One thing surely remains the same: basic human problems are just as universal today than ever before.

MIKLÓS And we lived together in relative peace, while in my view there has never been two generations that followed each other, and are so different.

MIKLÓS That time I had no telephone, damn it!

Could this really be so simple? To what extent did the explosion of technological evolutions and ever accelerating information flow support the healthy evolution of the upcoming generation? As in all facets of life, in this regard there is also a flipside to the coin. On average, young people hold their phones in their hands for three to four hours a day. This equals 21-28 hours a week—which means that they spend one full day every week staring at their phone’s display. This might be okay if they spent this formidably high amount of time opening new doors for themselves and others to the world. Unfortunately, however, in most cases they actually close the doors in front of others, locking them out. The unparalleled intense and significant presence of social media in our society evolved into some kind of welfare benchmark.

MIKLÓS The image is all that matters. Life on social media is nothing but a never-ending beauty contest. A continuous demonstration of the fact that you are doing better than others, you eat more delicious food than others, you are more stunning than others. (...) You deem your true self insufficient by now. Insufficient for being loved by others. You do not feel beautiful any more.

This kind of distorted reflection of the world places continual pressure on young people, and their fear of negative reactions and feedback places stringent limitations on their appearance on each platform regarding both content and aesthetics, ranging from their online presence to showing up in a cafe. They have all the means necessary for freedom right in their hands, and yet the same device prevents them from really being free. Almost all of these contradiction have the potential for interesting drama. Ibsen, Chekhov and many others wrote about expectations, social pressure and desires limited by social frames; their characters were adults, however. In our current era, this problem already vividly exists within the younger generation. In our world, thoughts travel at the speed of light. Or even faster. We all realise that our phone intercepts and traces our movements. If somebody passes us in the street, Facebook prompts us to ‘friend’ them sooner than we might think of it—or an advertisement for a Mediterranean country discussed in a conversation pops up minutes later, when browsing the net. The internet magnifies our desires. And influences us. Easily and intensely. Building upon the naivety of youth, using credible aesthetic imagery, almost anyone (e.g. influencers) can develop countless misconceptions within this generation.

When a writer starts writing about two generations and the huge divide between them—partly resulting from the lack of communication—he will face the dilemma of deciding which dramatic format is the most suitable to delve into this theme with the proper depth and versatility. I decided on the chamber drama format to build upon the basic situation as it also enables the use of dialogues and disputes—which are now absent in life. An extreme situation like the one staged in Before Tomorrow—being isolated before an apocalypse—creates timelessness, enabling characters to raise arguments and confront each other within a dramatic situation. Assuming that the writer exploits the apocalypse as the basic situation to an extreme limit while also hiding secrets in the characters and their relations—then he can easily disguise a dispute-based drama as the genre of thriller, introducing different views and opinions about actual issues stemming from our society. This, however, inevitably requires multi-layered characters. Hitchcock was absolutely accurate when he said that if people are chatting about weather around the table, it is the dullest conversation on Earth; if, however, there is a bomb ticking under the table, suddenly it becomes the most exciting conversation. I would add though that people around the table should be versatile, frail and therefore loveable enough for me to care about their lives, when I spot the bomb. What generates the feeling of caring for the characters’ lives, what makes someone loveable? Let’s say they have an objective they want to fight for and achieve, one they must tenaciously pursue. Using an extreme example, I would always root for a champion runner who lost his leg in an accident, but still wishes to become a champion—especially if he would have to give up things like friends or love in return for victory, showing how much he cherishes his goal. But let’s assume we find out that he caused the accident, because, for example, he was drunk driving. He would take a huge hit in the audience’s perception. He called the shots. They might say, it’s still for the best that he didn’t hurt anyone else. But, let’s assume we eventually learn that he had actually gotten into the car to save his suffocating girlfriend, delivering her asthma medication. The audience would love him again—probably even more than before.

"How can one still successfully stage the slang of young people, translating it into the language of theatre?"

In the case of Before Tomorrow, Kinga, a popular high school girl, has all the stereotypical attributes: She was very cruel to her classmate Norbert, but now that the two of them are locked up together, she confesses that she acted so cruelly because of peer pressure from the other schoolmates. Therefore, her deeds can now be viewed differently as we realise how strong this kind of pressure can be, and we almost forgive her. It is interesting when one of the characters is also aware of spectators’ mechanisms, and also uses these. Miklós, the adult holding the two young people locked up in a bunker, understands the simple mechanisms underlying human behaviour. That’s why he makes the teenagers believe that in order to save them from the apocalypse (which was a made-up story, as we later find out), he had to leave his wife behind, thus sacrificing her life. With this fictional, yet extremely credible background story, he earns their trust, which can be mercilessly misused. When writing such a play, presenting young people and the slang they use is risky, as the way they speak is so unique and changes so rapidly, making it hard to follow. There were many attempts—especially in Hungarian—to stage the actual slang; they were condemned to fail, however, as these attempts to create linguistic snapshots are close to impossible: Just as a Polaroid photo takes time to develop, writing and staging a play also takes time, and by the time it is staged, the current slang will have changed. How can one still successfully stage the slang of young people, translating it into the language of theatre? Slang is known for using existing words and expressions totally differently than their original meaning, by changing the format of words. The key, however, is the attitude: meaning the spontaneity and loose way of using them and the cadence. If the dialogue lacks balance, it may easily become forced and inauthentic, completely forsaking the aesthetics of the spoken language. On the other hand, when slang only makes up one to two percent of the dialogue, it is hardly noticeably, even for those speaking it.

Once the writer successfully overcomes difficulties inherent in the genre and age group, all that needs to be done is finishing the play. As if it really were this easy—but let’s assume it is. Let’s assume we get to the end. How should such a play—one addressing young audiences—conclude? During conversations analysing Before Tomorrow, it was often apparent that the question of the outcome of the play is related to how the problems can be overcome. And now, spoiler alert: at the end of the play, Kinga figures out that Miklós was merely holding them captive, there is no apocalypse brewing and that she spent eight months underground, imprisoned by a psychopath. Having disarmed him, instead of handing him over to the authorities she makes a bad decision and starts using her power against him, treating him more cruelly than he ever was with her. Does she make a bad decision? Yes. Will she learn from it? No. However, the unfolding negative outcome does serve one purpose, namely that the spectator can learn from it. By seeing what the bad decision is and the consequences it has, spectators will be more knowledgeable when taking actions in their own lives. Before Tomorrow uses the tool of confrontation as a means of imparting a lesson. Spectators are meant to learn from the fall of the characters, just like we see with Macbeth and Othello. This type of demonstration and confrontation, coupled with the appropriate drama pedagogical approach may be truly effective and thought provoking for the younger generation. Hopefully they will make the right decisions—as long as they still can. ♦ 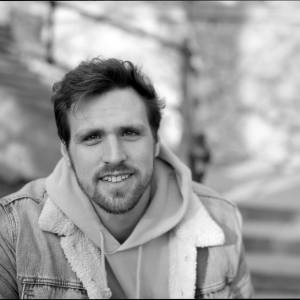 Born in 1993 and graduated from the University of Theatre and Film Arts of Budapest in 2018, Horváth is currently working as a dramaturg in Pesti Magyar Színház. He directed his play Sombras in the Royal Academy of Theatre Arts of Madrid. He won the My First Script prize in the Zagreb Film Festival for the feature On the Quiet and has received the Örkény István Grant and the Staféta-prize.