"When you have the feeling that no one cares about you and you have difficulty making ends meet, you vote for the person who promises you an extra twenty euros every month." Wieke Ten Cate tells us about writing for teenagers about radicalism. 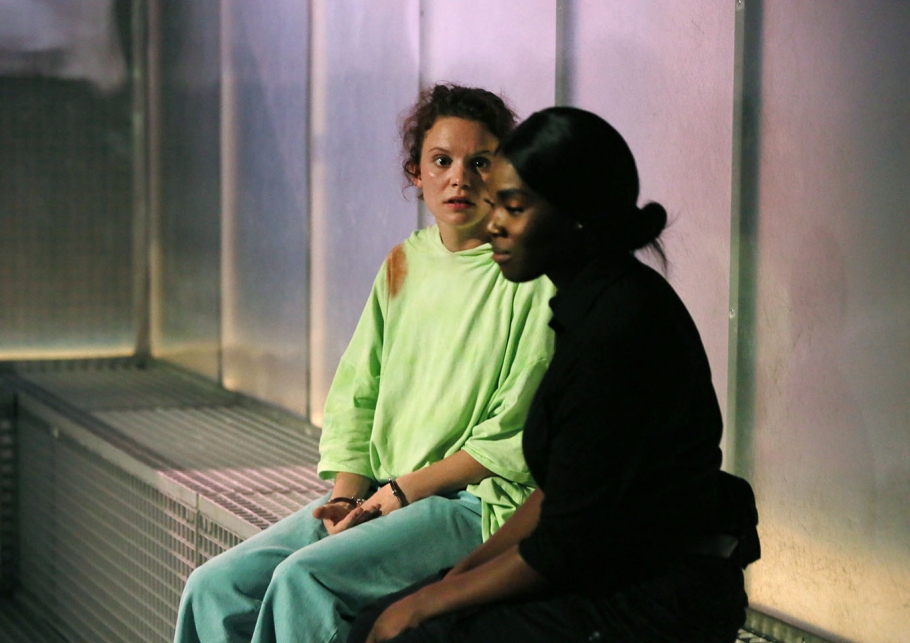 As a documentary theatre maker, I am typically interested in individuals and characters whom I cannot directly identify with, especially when it comes to their world view, life choices and circumstances. Getting to know ‘the other’ makes the world easier to understand for me, and often safer, despite the fact that the subjects I am concerned with also evoke resistance, both from myself and my environment.

‘The other’ in my production Age of Rage is embodied by a sixteen-year-old girl who develops right-wing radical views while she becomes increasingly rebellious against everything and everyone. The girl is furious about her subordinated position as a poor, white Dutch girl. She thinks that her wealthy classmates are handed opportunities on a silver platter, and that the ‘New Dutch’ (immigrants) are shown goodwill that she and her family could only dream of. This rebellion results in the girl getting arrested after she throws her birthday cake in the face of a black, left-wing politician during a live broadcast. The people surrounding the girl wonder whether this incident stems from radical violence or should be considered a juvenile cry for attention. The question is: Just how dangerous is this girl?

Finding an explanation for the emerging nationalism in the Netherlands was the starting point of my research for Age of Rage. Forum voor Democratie, a Dutch right-wing populist political party, has expanded over the past few years and now has the most members. It is also the second largest youth party. I feel concerned about the rise of right-wing extremism and its nostalgic sentiment towards the 1950s and the ideal of a white nation state consisting of male workers and housewives. Returning to the society of the 1950s would be a clear degradation in my opinion; however, when I conducted interviews in preparation for Age of Rage, I spoke with many well-mannered, highly educated right-wing adolescents who would disagree with me.

"When you have the feeling that no one cares about you and you have difficulty making ends meet, you vote for the person who promises you an extra twenty euros every month."

At the same time, I am continually amazed by how my own left-wing milieu sometimes reacts to political events. Every time a right-wing politician wins an election, my timeline is crawling with messages like: ‘How can such a madman find widespread support in our society?’, ‘I woke up to another world!’ and ‘Is the Netherlands now mainly populated by angry farmers who are blind to urban prosperity?’ When reading these messages, I think about the young French writer Édouard Louis, who in his book Who Killed My Father attempts to explain why his father votes for Marine Le Pen, a figure who represents everything that Louis stands against. Louis writes that when you see the world as a place full of opportunity, politics is a way to present yourself as someone who, for example, cares about the environment or about open borders in Europe. However, when you have the feeling that no one cares about you and you have difficulty making ends meet, you vote for the person who promises you an extra twenty euros every month.

Right-wing characters are extremely rare in Dutch theatre. A possible explanation for this is that most people working in the arts are left-wing with inclusive world views. While I count myself amongst this group, my interest in polarisation drove me to delve into a perspective I don’t share. We see increasing divides between the rich and poor, the highly educated and the less educated, black and white, and young and old. The conviction that we cannot understand each other is fast gaining ground both on the right (as xenophobia) and on the left (as identity politics). This phenomenon motivated me to start writing Age of Rage.

My idea was criticised even during the research phase. Over Easter I asked my cousin—who is high up in the left-wing green party GroenLinks—if he could set up a meeting for me with one of his colleagues from a right-wing party. That very night, my aunt emailed me to warn about Forum voor Democratie, arguing that they are resentful, the party chairman Thierry Baudet is evil and that the party only spreads lies. I responded that I am aware of the practices of the party, but that a lot of people do sympathise with their views and that I wanted to investigate their motivations. Afterwards, I heard the criticism that was often voiced during the later stages of my research: namely, that I shouldn’t offer a platform to far right ideologies—not even with a critical approach, and especially not when the point-of-view is embodied by a character who is funny, smart and female.
Nowadays, our world remains complex for many people, as we are confronted with floods of refugees, a climate crisis, a knowledge-based economy, the disappearance of manual labor, and a welfare state with structural flaws. All of this leads to stress and fear about the future. When a person feels lost or that their future does not belong to them, this can lead to a very destructive form of rage—even more powerful than the fury felt when you lack a space of your own, for example the space that women and second- and third-generation Moroccan-Dutch fight for. This first form of rage is often directed towards the ‘newcomers’. In my research, a lot of young people with far-right nationalist beliefs mentioned this feeling of loss and losing something. As a theatre maker, I want to take this feeling seriously and call attention to it.

At post-performance discussions of Age of Rage, it became clear that adolescents have a strong moral compass. They spoke repeatedly about their belief that everyone should have equal opportunities. This stance as a common ground offers a good opportunity to start a conversation about possibilities for the future. Who feels that they lack opportunities? Where does this feeling come from? Does it speak to their reality? Is it possible to change your perspective? How can we ensure that everyone has the same opportunities?

De Toneelmakerij creates productions for children and adolescents. Half of our performances are open to the general public, while the other half is performed for schools. Unlike theatre for adults, our audience for school performances is highly diverse, consisting of people from all different groups of society. Prior to Age of Rage, De Toneelmakerij staged two successful productions about radicalisation. One protagonist (Jamal) writes hateful messages about Western civilisation on the walls of the school and another protagonist (Nadia) decides at the end of the performance to travel to Syria to support her brothers and sisters in the war. Both productions—just like Age of Rage—were received with great acclaim because of their ability to portray major political problems with a human face.

It could generally be considered a good thing when a boy with a migratory background notes in a post-performance discussion that he can identify with Nadia because he also feels misunderstood in the Netherlands; this means that the performance allowed him to express himself and fostered dialogue on how to make the Netherlands feel like more of a home for this boy. However, when a student would say that they feel uneasy due to the increasing numbers of refugees in their country and that they are glad that De Toneelmakerij is depicting a character with similar concerns, this would generally summon more negative feelings.

This kind of provocative conversation about the topic is exactly what I want to achieve with a production like Age of Rage. Instead of silencing people with different points-of-view, I think it is a good thing to listen to the fears these people carry with them. I think that understanding each other’s position is essential overcome polarisation. Other perspectives offer room for important discussions and thereby growth for all parties can be generated. More voices need to be heard. That is exactly where the strength of the theatre lies. ♦ 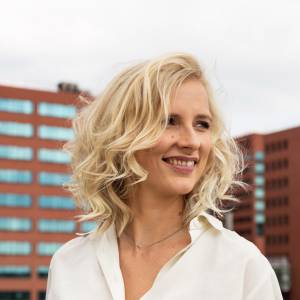 Wieke ten Cate (1986) is a Dutch theatre director who makes daring and engaging theatre for both youngsters and adults. She brings modern repertoire to the stage, based on journalistic research, developed in close collaboration with writers. From 2016-2020 she was ‘artist in residence’ at the Toneelmakerij, a youth theatre company based in Amsterdam.