Schauspielhaus Graz announces its Dramatikerinnen Festival, and streams for award-winning work about love in times of repression, magical creations by an Austrian puppet genius, and an immersive, dystopian play. 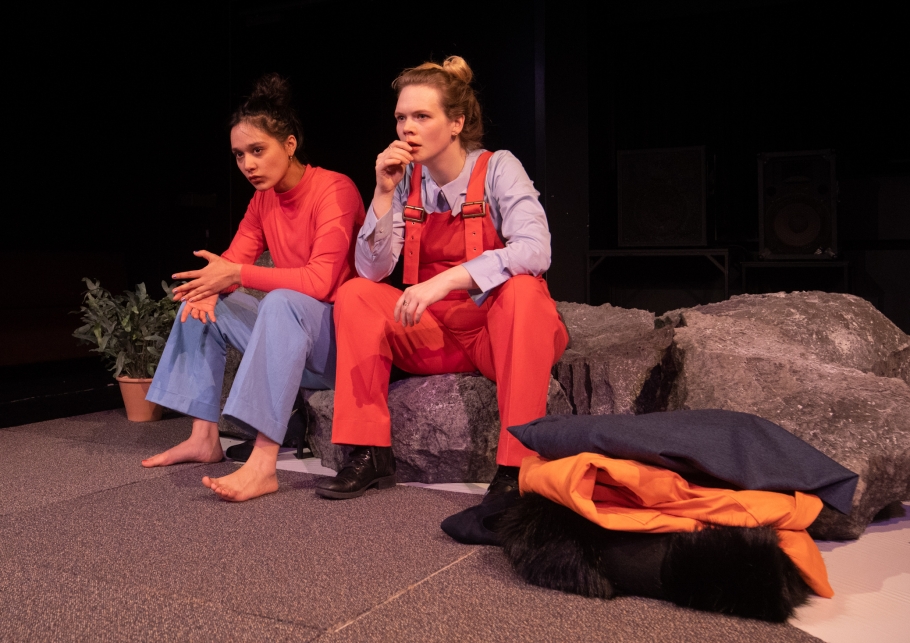 140 words per day – how to communicate with such few possibilities? In this dystopian set-up, lovers Bernadette and Olivia struggle to make their relationship work, retain intimacy and come to terms with their difference in opinion after a ban on speech has been introduced by the government. Sam Steiner’s award-winning play ‘Lemons Lemons Lemons Lemons Lemons’ (German title: ‘Zitronen Zitronen Zitronen’) is now available to stream online and internationally as an adaption by the Schauspielhaus Graz theatre in Austria (in German with English subtitles).

Since theatres in Austria remain closed until further notice, the Schauspielhaus found a new an creative way to make the premiere of Anne Mulleners’ directorial debut possible: The young Dutch director first produced the play as a stage version, to be shown as soon as theatres are allowed to re-open. Additionally, together with Austrian film maker Thomas Achitz, the play was turned into a streaming version. Scenes were shot both on stage and off stage, for example at the Botanical Garden of Graz where the final scenes take place. Actresses Maximiliane Haß and Katrija Lehmann, both members of the Schauspielhaus ensemble, star as Olivia and Bernadette, a musician and a lawyer who struggle with the impact of the restriction of being allowed to only use 140 words per day on their relationship. 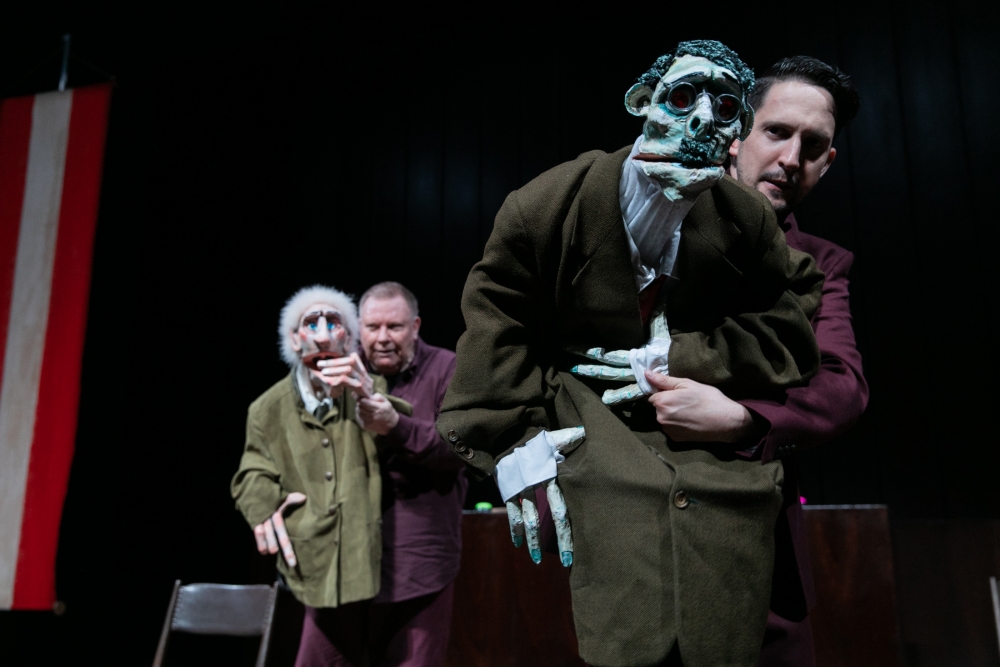 “The Hills are Alive” available to stream

Austrian puppet genius Nikolaus Habjan teamed up with Australian ‘grandmaster’ Neville Tranter for the first time - what they came up with is an evening full of satire, sharp humour and, most of all, extraordinary performances by two of the world’s best puppeteers. The production is available to stream end of April.

Max and Maria von Trüb, having fled the Nazi-regime decades ago, now seek to turn their backs on their adopted home in the US and its infamous wall-building president. But re-entering Austria and especially regaining Austrian citizenship turns out to be more difficult than the elderly couple thought it would be: slow and tiresome bureaucratic processes and a malicious state official keep on getting in their way, so that eventually, their last hopes rest on Austria’s most famous expat in America.

Nikolaus Habjan and Neville Tranter are both renowned masters of their trade: the former having performed with his puppets throughout the whole German-speaking world; the latter being credited with playing a crucial role in establishing puppet theatre as a serious ‘adult’ genre. In this play, written by Neville Tranter and performed for the first time at the Schauspielhaus Graz, they not only bring their puppets to life in the most astonishing ways, but also bring forth an entertaining, humorous yet scathing satire of (Austrian) politics, xenophobia, nationalism and the brutality of borders – all of which is available to stream as part of Schauspielhaus Graz’s digital programme in April!

If you can’t go to the theatre … let the theatre come to you! Schauspielhaus Graz has produced an immersive 360 degrees film version of Johan Harstad’s play ‘Krasnojarsk’ which is being delivered to the audience on virtual reality headsets via post. This unique theatre experience can be booked throughout Germany and Austria!

In spring 2020, Schauspielhaus Graz experimented with virtual reality technology for the first time by filming a stage monologue with a 360 degree camera – this season, they are taking this exciting technology to a new level: Johan Harstad’s dystopian play ‘Krasnojarsk’ was produced as a virtual reality film from the very onset of the project, being filmed with a 360°-camera on various locations around Austria. The play centers on an anthropologist who lonely wanders the earth after a huge catastrophe has wiped out nearly all of humankind, looking for traces and remains of lost civilizations. One day, he comes across a woman carrying a suitcase full of hand-written letters and testimonies from people long ago – a discovery so huge that it makes him question his mission and at the same time demonstrates the importance of story-telling to a society.
The project’s huge advantage in times of closed theatres is that it can be distributed to the audience by sending the virtual reality headsets via post with the file of the film, so that you can immerse yourself in the vast, dystopian landscape of the play in your very own living room.

For the 5th time, the international DRAMA|TIK|ER|INNEN|FESTIVAL Graz, hosted by Schauspielhaus Graz and DRAMA FORUM UniT, is taking place in Graz, Austria from 8th –13th of June 2021. The festival, which was launched by Schauspielhaus Graz director Iris Laufenberg in 2016, is dedicated to supporting and promoting young, contemporary playwrights and theatre creatives.

This year’s edition will deal with the topic ‘ÜBER MORGEN’ – a German-language pun which can be translated as ‘about tomorrow’ as well as ‘the day after tomorrow’, both of which are topics worth considering now more than ever. Looking into the future may seem even more uncertain and frightening right now. Still, the festival aims to rise to the challenge and talk about and design a desirable vision for the future. Playwrights, directors, artists and creatives are asked to contribute and debate their visions of tomorrow and try to find answers to the following questions: Which stories and narratives do we need on our way to tomorrow? How do we get there?