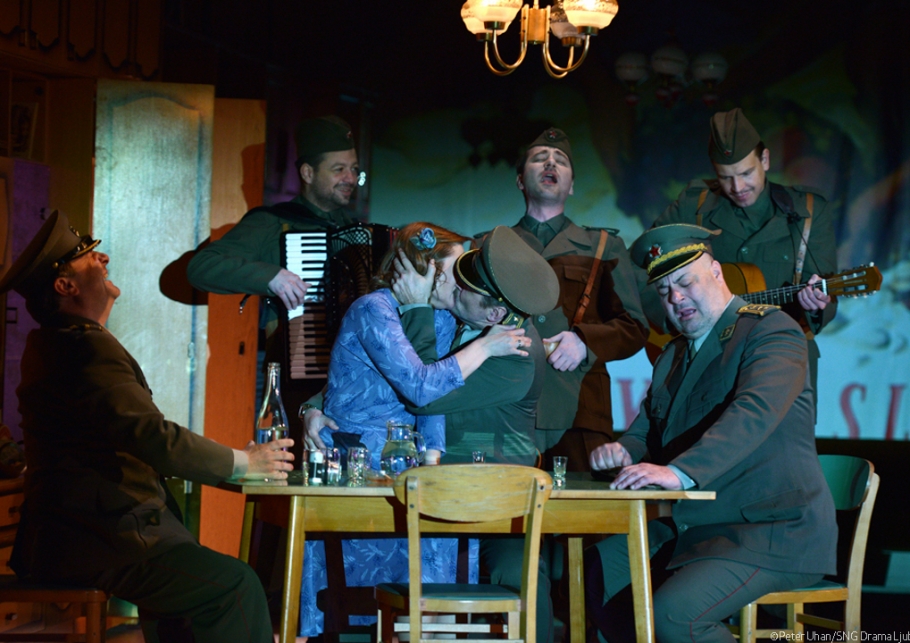 Yugoslavia, My Country
by Goran Vojnović,

Yugoslavia, My Country is based on the eponymous novel translated into English under the title What Did You Do in the Yugoslav Wars, Daddy? which juxtaposes two images of the Balkans.

One has been inscribed in a childhood memory, while the other one is spread out before the non-blinded eyes of an adult. Clearly, there are many different ways for these images to intertwine on stage, in so far as there are unbounded dimensions of stage realities. It is precisely the theatre-related profusion wherein resides the maximum potential for the staging of this novel.

A theatre stage allows it in the most striking way to stage the simultaneity of different events, the simultaneity of the recalled and the real, the skipping between the these two, as well as the blurring of their boundaries. Vladan's quest to find general Borojević, a war criminal, is indistinguishably interwoven with his memories of his father Nedeljko. In this way the audience can bear witness to the emergence of images of a twofold inner experience, as well as the images of the protagonist’s inner split.

Ultimately, this may bring us closer to the core of the problem of our confrontation with crimes that have been committed in the name of the people by our good fathers, brothers, uncles, neighbours and friends.

This production was shown at Croatian National Theatre Zagreb. The production is available for touring.