Performances throughout the season 2018/2019 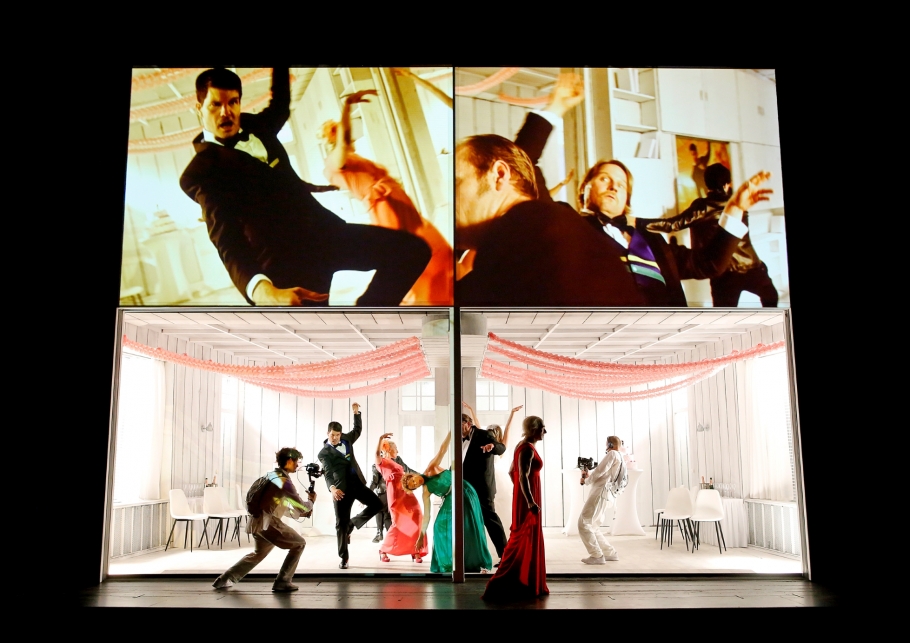 What if we and the world we know, would exist somewhere in the universe at least one more time? What would we tell each other, if we'd meet ourselves in there? How would it affect our actions, if everything is affected by everything across time and space?
Die Parallelwelt (The Parallel World) is the story of a life that encounters itself – staged at the same time from two ensembles on two identical stages in Dortmund and Berlin. They are separated through 420,62 kilometers beeline, though connected by a fiberglass pipe that pulverizes the distance in light speed. After Das Goldene Zeitalter and Die Borderline Prozession: a new multimedia story at the boarders between theatre and film art.