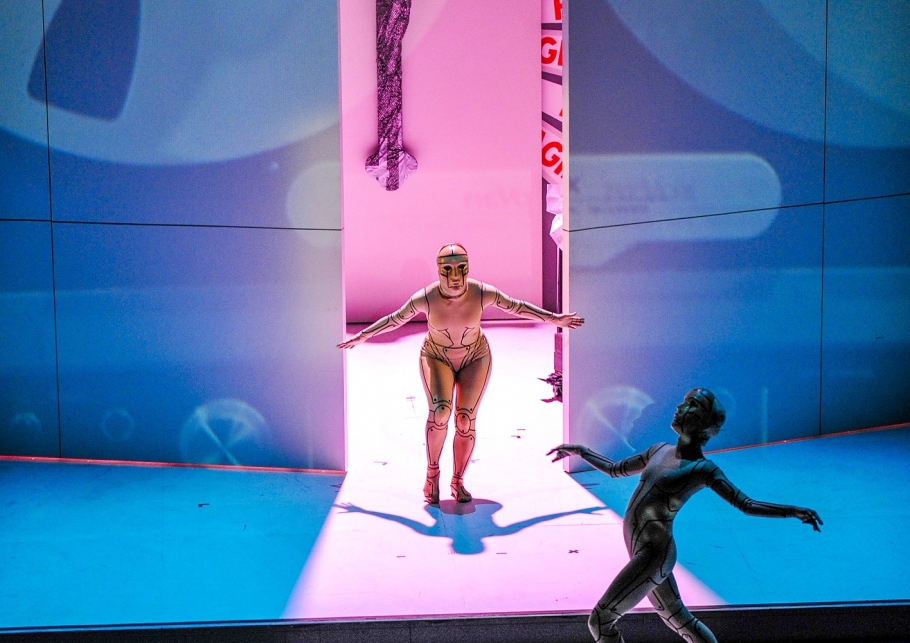 Politics without principles, wealth without work, enjoyment without conscience, knowledge without character, business without morality, science without humanity, religion without sacrifice - in 1925 Mahatma Gandhi named what he saw as the greatest crimes of humanity, the deadly sins of modern society. What about Gandhi's theses in the digitalized and globalized world of the 21st century? Where does Europe, built on high ideals, betray its own principles and maxims?

Seven authors from Europe are each writing a short piece for SCHAUSPIEL on one of Gandhi's deadly sins from today's perspective. Acting director Anna Bergmann interweaves the texts into a large ensemble evening that is not only about sins, but also about Europe's strengths.

In a large-scale shoot, the staging, in which actors also take part in addition to dancers, opera singers and a puppeteer, took place.

Based on real events, the Greek playwright Angeliki Darlasi opens a battle between a politician as the representative of power and a young woman who stands for the invisible, those without a voice in society.

Fish in Limbo by Elise Schmit, composition by Clemens Rynkowski

The Luxembourg author Elise Schmit questions our consumer behavior against the background of the climate crisis. The last living specimen of a fish can be bought at a counter, the consumers weigh the pros and cons and reveal the fatal side of the principle of hope.

40 degrees in the shade [But no shade here] by Sivan Ben Yishai, German by Maren Kames

The performer, theater director and author Sivan Ben Yishai was born in Israel, lives in Berlin and is currently one of the most striking voices in the theater. On the highest holiday in Judaism, Yom Kippur, praying and fasting between sunrise and sunset, God is asked for the forgiveness of sins. But what if the sun doesn't set anymore?

With her text German Cuisine, Maryam Zaree, award-winning filmmaker, actress and playwright, lays a connecting trace between today's shift to the right and extremism back to the crimes of National Socialism.

The Azerbaijani theater maker Marina Davydova, who lives in Moscow, guards in her text Trance the secret of a scientist at the end of his life. He understood the human being as a faulty machine and, with its optimization, was looking for a state of consciousness that would enable the recognition of truth in the here and now and not only in death.

The actress and playwright Larisa Faber, who was born in Romania and lives in Luxembourg and London, creates the psychogram of a man whose life is fundamentally shaped by the abuse and addiction of others. 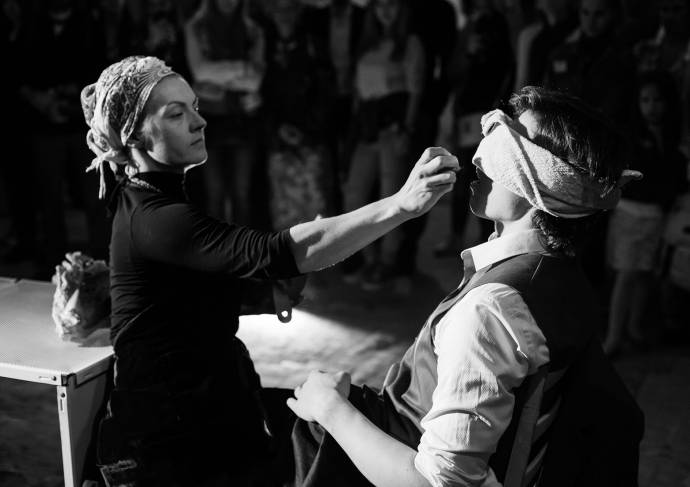