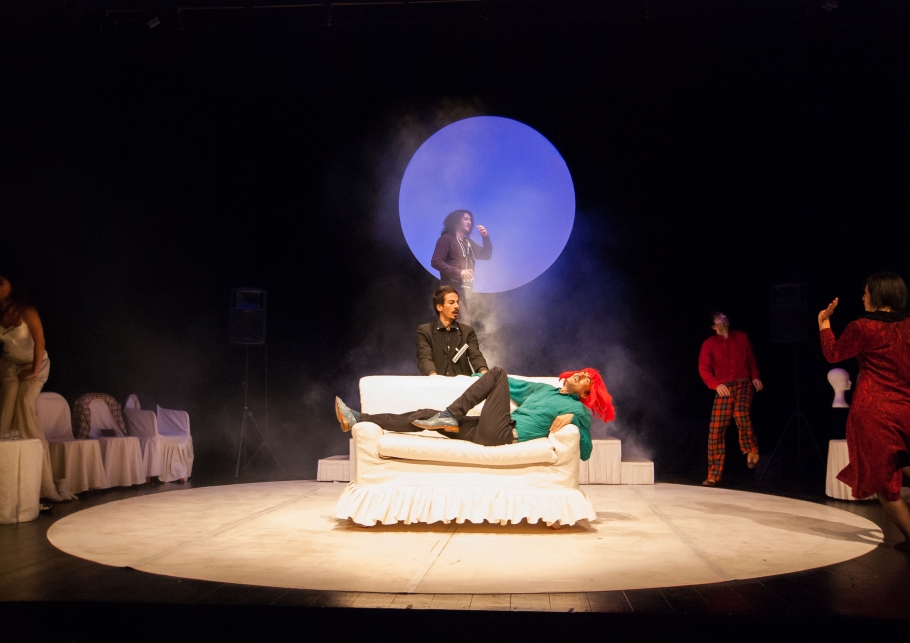 The Marriage
by Nikolai Gogol

This play by Gogol shows characters that are catapulted to the present day, hiding the depths of their loneliness.

The focus of the of the text lies on the man and woman with their conflict as seen through a screen. The play creates the feeling of watching a show on TV where people seek intimacy through a media agent.

And just like in a television broadcast where everything is built with faked perfection, they meet each other with sensational development and give space to a show of tears and tragedy that becomes the real protagonist.

This production was shown at Slovak National Theatre Bratislava. The production is available for touring.