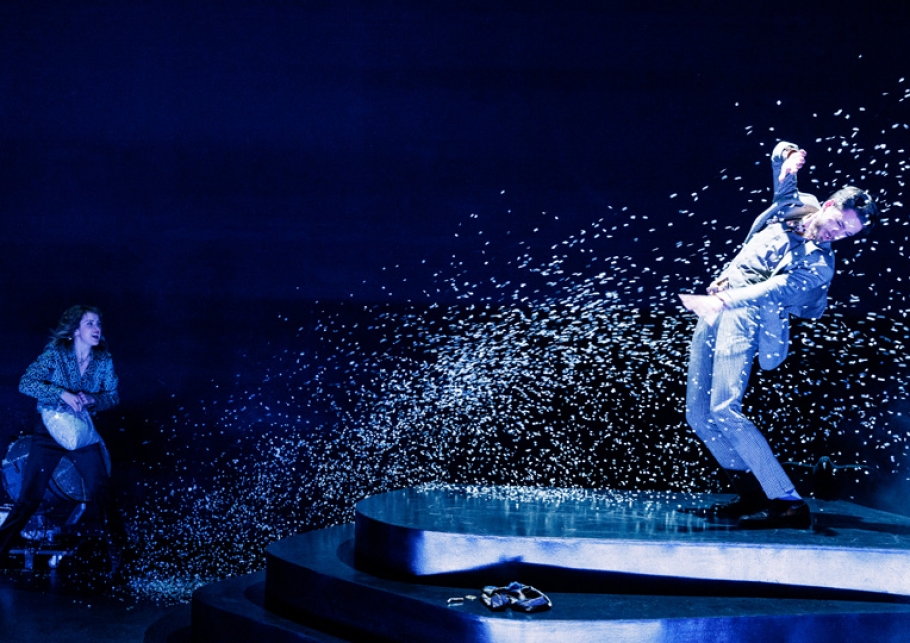 Alfred Hitchcock's adaptation of John Buchan's novel has always been a special cinematic treat for die-hard crime connoisseurs. Actor, comedian and writer Patrick Barlow transforms the spy thriller into an entertaining theatrical treat: In more than a hundred roles, four actors* take the audience on Richard Hannay's adventurous journey from London to the Scottish Highlands, where the alleged murderer flees not only to prove his innocence but also to uncover the "39 Steps" spy ring. None of the almost legendary scenes were left out: Neither the ride in the "Flying Scotsman" and the escape over the Forth Bridge, nor the famous handcuff scene and the finale in the London Palladium. With subtle irony and vigorous theatrical action, the story is told of the innocent man caught up in a murder who finally manages to confront the head of the enemy spy organisation and save his country.

DIE 39 STUFEN (39 STEPS) won the Olivier Award for “Best New Comedy“in 2006 and received the "Whatsonstage.com" award. In London it ran for years at the Criterion Theatre, just off Piccadilly Circus, and in Germany, after dozens of productions, it has become a fixture in the comedy repertoire.

Read more and book your ticket