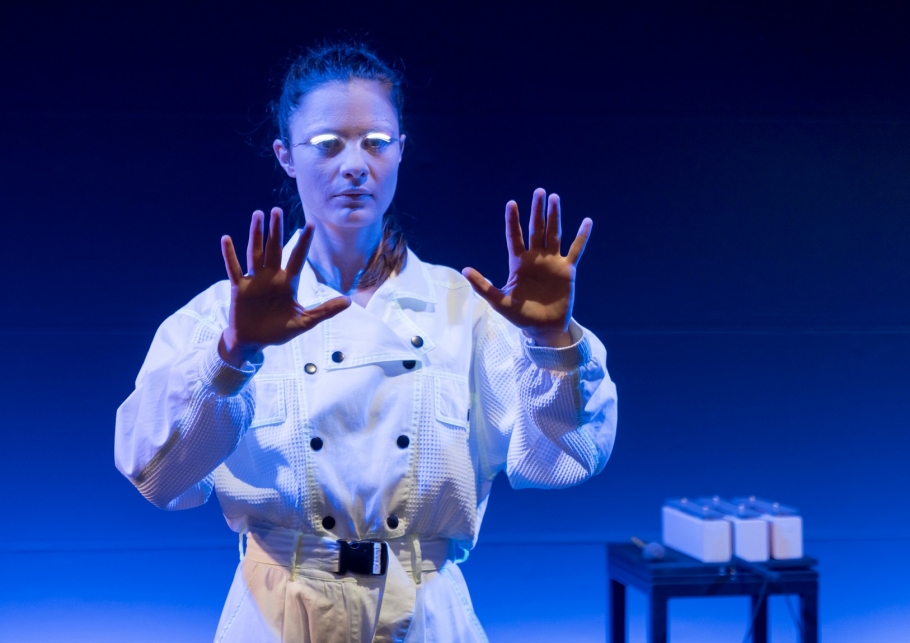 Men continue to outnumber women and hold the most prestigious positions in theatre programmes, a major new study of diversity across European theatres has revealed.

Gender Equality and Diversity in European Theatres, a study by the European Theatre Convention (ETC), finds that four women are mentioned in theatre programmes for every six men—and that men dominate job categories of playwright, director, and technical staff, while women hold more than 70% of the positions of “costumes” and “hairdressing”.

By contrast, the study, published on International Women’s Day, also reveals the “remarkable” impact of women theatre directors and playwrights on diversity in creative teams.

It comes as many European theatres remain closed—yet recognise the need to use this time to reflect on how to build a more inclusive future in theatre and across public life.

The study, thought to be the first analysis of diversity in staff and on stages across Europe, was conducted for ETC by researchers at the University of UCLouvain in Belgium. It is the result of voluntary self-examination by ETC member theatres in a bid to uncover and drive change on the gender inequalities and lack of diversity that are prevalent across all entertainment sectors.

The results finds that women have less secure contract situations than men and are present in “stereotypically female occupations” and “less present at the top of the hierarchy”.

“The research clearly reveals that having more women in decision-making positions diversifies creative teams, artistic choices and the perspectives shown on stage. It’s therefore of paramount importance for theatres to have more women as leaders. History shows that nothing happens without targets and concrete actions—and here we can learn from the success of recent quotas, and ideas in film that could be applied to theatre, like the F rating.”

“If we are to be consistent in our words and actions, it’s time for a frank acceptance of where we stand and what we can improve. We applaud the bravery of the ETC member theatres for participating in the study, and for sharing detailed information about the people that make up their staff and creative teams. There is still a long way to go—but we hope the study serves as inspiration for others to offer themselves up for self-examination. We encourage theatres across the continent to consider using our self-monitoring grid to check their own progress.”

ETC has made a full self-monitoring grid available for other theatres, even if they are not members of the network, to check their own progress.

The study publication follows the adoption of the Diversity in Action: ETC Code of Conduct for European theatres, with five principles to ensure equal opportunities and diverse artistic theatrical expression.

The full Gender Equality and Diversity in European Theatres study can be read here.

All enquiries should be directed to ETC’s Communication Manager, Christy Romer: communication@europeantheatre.eu or + 49 17 235 720 92.

ETC has 44 member theatres from more than 25 countries and is supported by the Creative Europe Programme of the European Union. 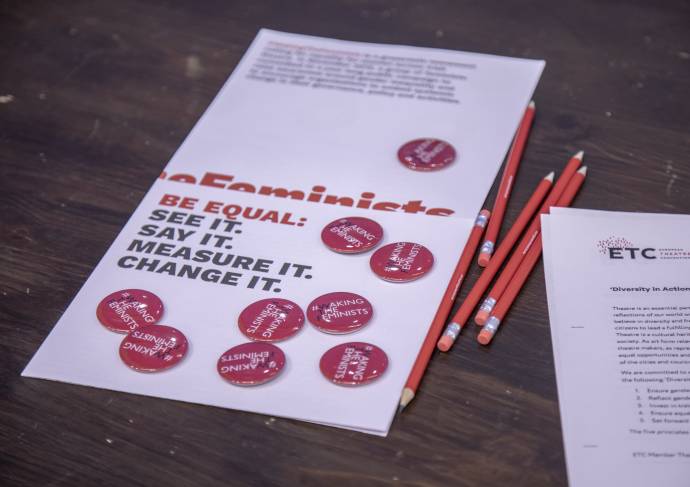 ETC's Work Towards a Diverse and Gender Equal Theatre Sector