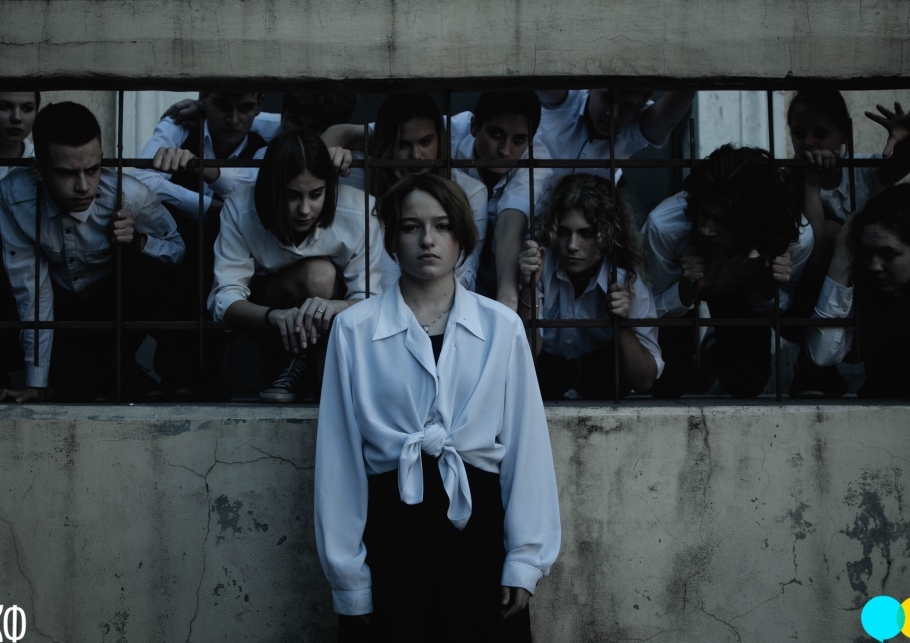 The ETC Drama Committee met on Wednesday 23 March 2022 to discuss its annual “European selection”, based on plays proposed by 9 ETC Member theatres from 8 European countries and selected two plays for English translation.

Alaska, by Greek stage director and author Evangelos Kosmidis, is a play and work in progress performance created as part of DAKH Theatre/Gogolfest’s Marathon of International Residencies in Mariupol (Ukraine) in 2021. While the play’s idea originated in Greece, it is only after arriving in Mariupol that the author managed to realise it, through research, interviews and devising work with his actors, members of the first theatre school-studio of Mariupol. While written before the Russian invasion of Ukraine in February 2022, Mariupol has been a city marked by war, near the front zone since 2014.
The play includes real thoughts and comments from the children and teenagers who faced the war, who went through all the horror, the children who lost their relatives and lost the opportunity to see them. Their monologues about love, friendship, loneliness, war… are combined  with texts by Roland Bart, John Green, Sibylle Berg, Elise Wilk, Jorge Bucay, Maria Polidouri, Kostas Kariotakis, Pinelopi Delta and Evangelos Kosmidis himself.

The author adds: “Alaska can be a message of peace and a warning to the world”.

The ETC Drama Committee especially enjoyed the rhythm of a “vibrant, organic and heartfelt” play, and praised the mixture of fiction and documentary, made unquestionably more relevant and burning by the Russian invasion of Ukraine in 2022 and the horrific siege of the city Mariupol – a truly European theatre text as a powerful answer to a theatre being bombed while being used as shelter by its local community.

The author explains: “For me, the play Everything OK is an x-ray of all the broken bones of today’s society and an invitation to recovery.”

The ETC Drama Committee commented on the play’s political dimension and praised its exploration of different figures and parts of society, especially young adults, without losing on the quality of the structure, of the writing and the language.

Both plays will be translated into English with the support of ETC.

ETC Member theatres will have the opportunity to get directly to grip with the texts through Participatory Readings, during the next ETC International Theatre Conference in Prague/Czech Republic. The full English translations for both selected plays will also be made available exclusively for ETC Member theatres on ETC’s upcoming virtual library of European theatre resources, thus ensuring them a Europe-wide circulation. The unselected plays will also be showcased in this virtual library.

The ETC Drama Committee’s “European Selection” is part of ETC’s TRANS-FORMATIONS programme, co-funded by the Creative Europe programme of the European Union.