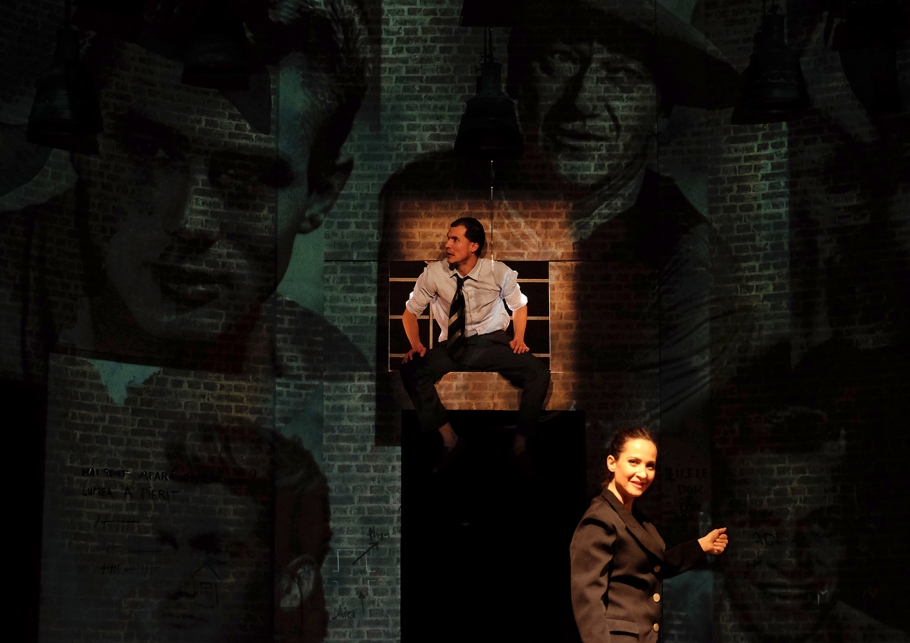 This show is inspired by the real story of the Pitesti Experiment, which took place between 1949 and 1952 in a prison built in the middle of our town (the building, still standing today, is being transformed into a museum) and which attempted to create an institution for reforming human nature. Interesting was the utopian impulse who saw brainwashing as being real and the construction of a new man who, in return, washes other people's brains. The show follows the story of a young man selected in an experiment of this type. It's a sensitive subject with a strong emotional impact for audience as well as for the actors.

Selected by the International Theatre Festival "Melpomena Tavryy" in Kherson (Ukraine), “Alexandru Davila” Theatre will present “P. Experiment” in Ukraine in May 2019. This performance is destined to be promoted at a large scale, because of the original and exclusive approach of the artistic director Alexander Hausvater, but also because of these incredibly cruel and violent facts, almost unbelievable ones, yet true.