We warmly invite you to our fourth Netzbühne premiere from the big stage of the Musiktheater Linz. 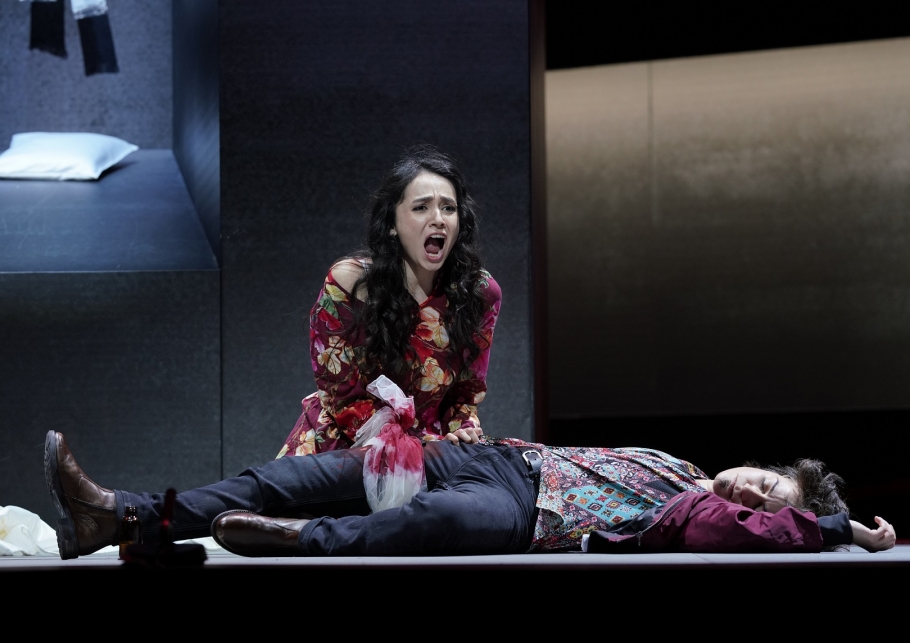 It is probably the most famous love story in the world, and Vincenzo Bellini's belcanto version is impossible to resist. We warmly invite you to our fourth Netzbühne premiere from the big stage of the Musiktheater Linz.

On April 11, the Musiktheater celebrated its 8th birthday! Starting the evening before, audiences can watch “I Capuleti e i Montecchi” on our Netzbühne. Ilona Revolskaya as Giulietta and Anna Alàs i Jové as Romeo make their debut at our house, with the Bruckner Orchestra Linz's permanent guest conductor Enrico Calesso on the podium. Be there when our ensembles present new productions online for the first time!

Pay as you wish

Tickets can be purchased - even in advance - at www.landestheater-linz.at/termine. You can decide for yourself how much you want to pay - free admission is also possible. After the launch, you can watch your performance as you wish for 48 hours.

Start your theater adventure on our Netzbühne! After the online premiere, “I Capuleti e i Montecchi” can be seen on demand until May 8, 2021.

Bellini's belcanto version of the tragic love story of the legendary Veronese lovers Romeo and Juliet has remained perhaps the most powerful of all musical adaptations. Felice Romani's opera libretto, based not on the Shakespeare version little known in Italy but on Renaissance novella literature, reaches into the middle of an event that has already run its course. Romeo has killed Juliet's brother, Tebaldo is to take revenge on him and marry Juliet. Lorenzo, here a doctor, tries in vain to bring peace between the conflicting parties or to enable the lovers to escape.

In a close-up of the last 24 hours, composer and author plumb the emotional world of their characters. With emotionally gripping melodies, combined in an elegiac-melancholic maelstrom and uninterrupted by any secret happiness of love, Bellini leads his protagonists to an irreconcilable but moving opera finale in his sixth opera, which premiered in 1830 at the La Fenice theater in Venice.