Migraaants or We Are Too Many on This Boat 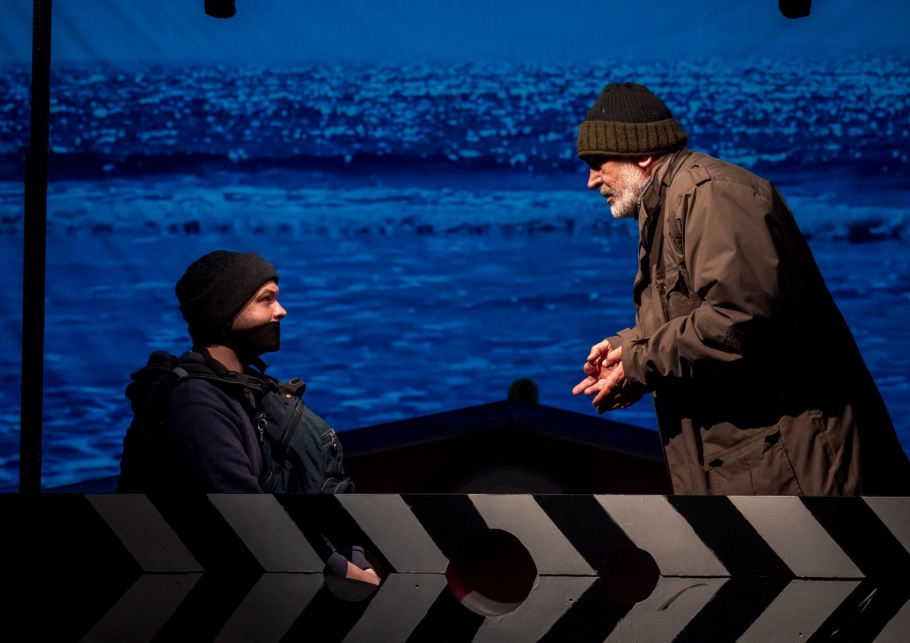 The show "Migraaants or We Are Too Many on This Boat" is presented on the stage of the "Alexandru Davila" Theatre by the director Alexandru Grecu, following the same title created by Matei Visniec.

The gravity of the subject is given by the phenomenon of migration, which is part of the immediate reality, a subject presented to the public for the most eloquent and objective awareness of the situations in the centre of which man is. The diversity of cultures and their blending, political-armed conflicts, phenomenon such as globalisation, technical innovation, racial and religious differences, and other inter-human processes and formations, create chaos in a world unfolding evenly in none of the sectors it encompasses. A world in which the interests of the exponents of power produce division and intolerance.