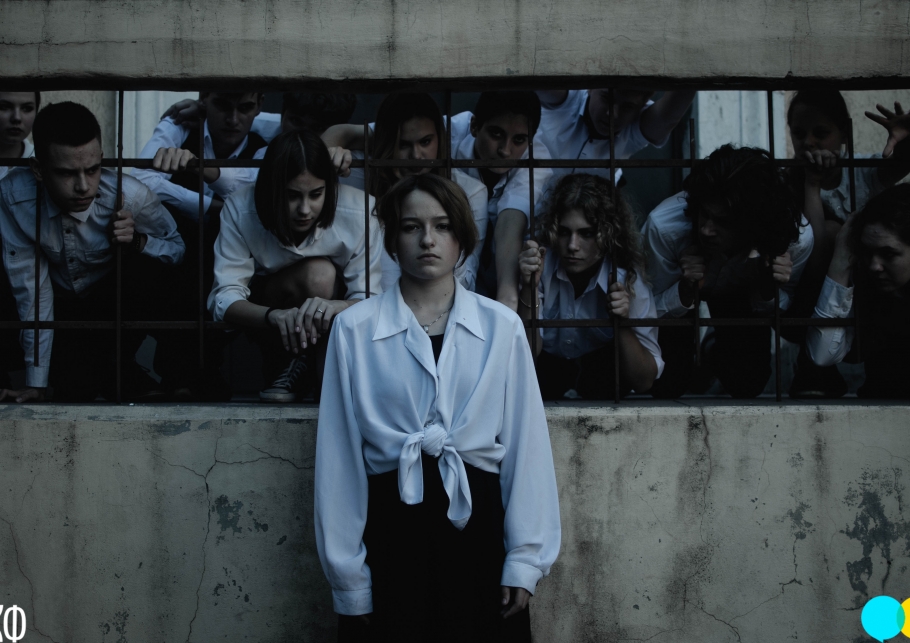 The Marathon of International Theatre Residences is a modern theatrical laboratory of international dialogue, designed to open a new cultural Mariupol to Ukraine and the world. The long theatrical residence will unite contemporary Ukrainian and European directors, independent artists, theatrical artists in creative experiments, which will result in the creation of a new cultural product in Mariupol, transforming the city with new energy into an arts centre of Ukraine.

2021's programme is implemented within the a project framework of cultural and artistic initiatives, "Dialogue in the Language of Art" with the support of the Ukrainian Cultural Foundation.

Evangelos Kosmidis, director at the National Theater of Greece and at the Municipal Theater of Piraeus, has taken part in the second residence within the project.

The performance premiered on September 19, at 5pm CET in the Center of Contemporary Art "Hotel Continental" in Mariupol, Ukraine. The event was also live-streamed via Youtube.

ALASKA is a performance about the pursuit of happiness.

What could make me happy?

Why did I come to this world?

What is the purpose of life in general and what is mine?

A dive into the savage abusive relationships between teenagers family and school. A mapping of the issues that concern them: loneliness, kissing, love, war.

The devised performance, which includes elements of documentary theater, has been based on research and interviews of the members of the group — the first theater school-studio of the city of Mariupol - and outlines their own here and now. This material meets the great literature and poetry in the performance, combined with the purely personal testimonies of the members of the group: Roland Bart, John green, sibylle berg, elise Wilk, jorge Bucay, Maria Polidouri, Kostas Kariotakis and Pinelopi Delta.