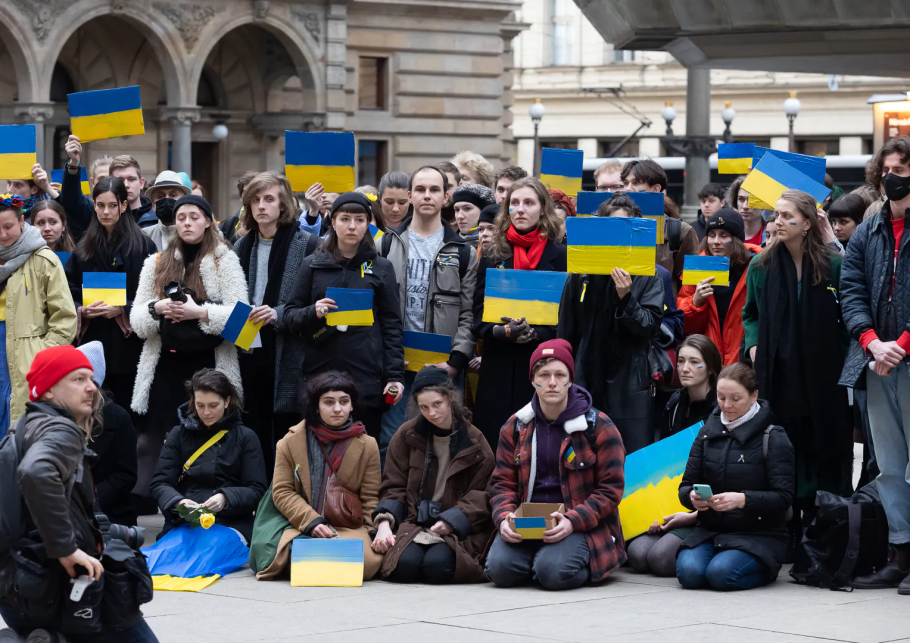 Awake for Ukraine, a charity broadcast event organised by students at the National Theatre

Prague 28.02.2022 - The initiative ‘Students for Ukraine’, in cooperation with the National Theatre Prague and affiliates, are organising a three-day non-stop broadcast Awake for Ukraine. The charitable live-broadcast will start on 2nd of March at 19:00, and will be available on websites and social media platforms Youtube, Facebook and Instagram. Other media initiatives offer expanded programmes on their platforms and transmission will also be screened in cultural institutions across other regions of the Czech Republic.

The broadcast begins with an impactful session of the ND talks series, titled ‘Emergency Briefing - Ukraine’, which will be followed by a stream of messages, debates and art program from Operating Building B “Themos” National Theater.

“We ask the citizens of the Czech Republic for solidarity and active help to the people who find themselves in trouble and life threatening situations, due to the aggression from the Kremlin. Let us persevere and not become complacent in the comfort that exists in Europe. We call on global companies to financially support Ukraine and immediately block services to the Russian Federation. Let us not sleep. Let us care for Ukraine, who watches out for us.

Let us stand for the principles of freedom and the future of Europe!” say representative of ‘Students for Ukraine’ initiative

The broadcast will not only serve as a gesture of support to Ukraine, but will also direct the viewer to the non-profit organisations, such as ‘People in Need’ (Člověk v tísni), ‘Memory of the Nation’ (Paměť Národa) or ‘The Red Cross’, which have public collection points where people can donate. The event is created in collaboration with affiliated organisations, art groups and artists from the Czech Republic.

The program will consist of a number of performances, concerts, puppet theatre, stage readings, and messages by actors of the National Theatre. Alongside the programme, there will also be a dialogue with experts on current affairs.  Among the already confirmed persons from the Prague cultural scene are Martin Ryšavý, Václav Kopta, Jan Komínek or Xavier Baumax. In addition to Martin Ryšavý, the assembly will include further professors and students of AMU. The students’ initiative, in respect to the whole event as well as the newly formed organisation, is in contact and actively cooperates with the university rectorate. The interest in participation and assembly of new events and initiatives is constantly growing.

On Sunday, February 27th, a demonstration organised by the ‘Million Association’ took place on Wenceslas Square in Prague, an event where tens of thousands of people gathered to express their support for Ukraine. Gabriela Heclová, a student at FAMU, spoke at this event about the planned broadcast. “Together the students of AMU and other universities have decided to organise a livestream to spread the power, and we will be happy if you support it too,” said the student.

Information about ‘Students for Ukraine’ initiative, ​​

The ‘Students for Ukraine’ initiative is an association of students that was formed in immediate response to the Russian attack on the Federation of Ukraine. The aim of the initiative is to connect and activate students throughout the Czech Republic, and also to communicate with foreign institutions, with the aim of unifying humanitarian and anti-war activities.

Graphic content and photos from the demonstration (photographed by Matyáš Fritscher).