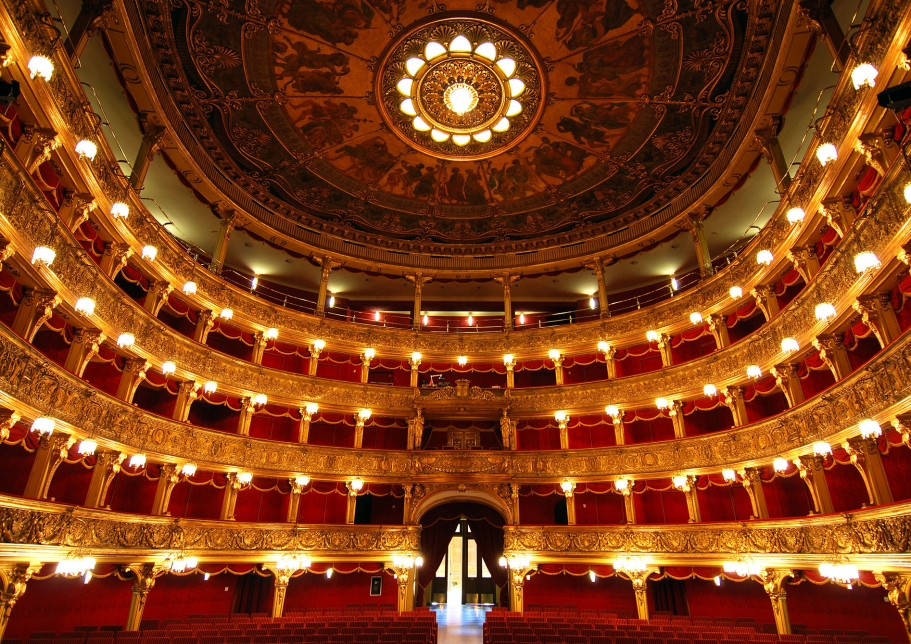 The Teatro Stabile of Torino is one of the 7 national theatres in Italy: It was re-founded in 1955 but its origins date back to the early 18th century. Today it manages four theatre spaces, with a total capacity of 1,500 seats.

The main performance venue is the Teatro Carignano that was built in 1710 and seats 750. The other performance venues are the Teatro Gobetti, that was inaugurated in 1842 and has 250 seats, and the Fonderie Limone, a former metalworking factory that dates back to the early 20th century and has two theatre spaces, one seating 400 and the other 100.

It also houses two important business units: The theatre workshops (stage sets, costume shop, carpentry and joinery) and the Acting Academy. It has a yearly average of 550 performances in its own theatres and on tour, 300 of which are own-production performances and 250 guest performances. It draws over 200,000 spectators in Torino, Italy and abroad (Paris, Berlin, Munich, New York, Beijing, Shanghai, Geneva). The Director of TST is Filippo Fonsatti, the Artistic Director is Valerio Binasco.