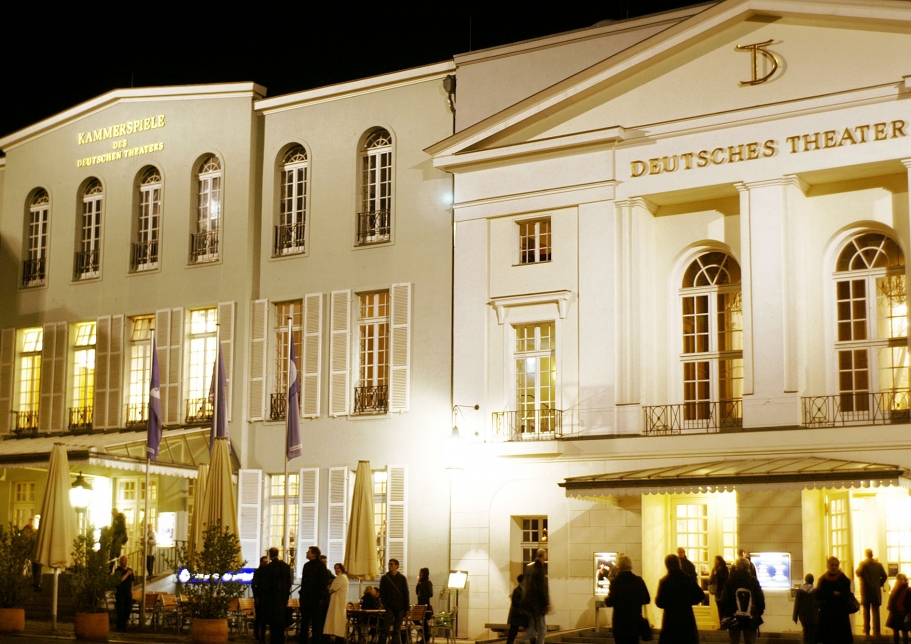 The Deutsches Theater Berlin, with its three stages, was founded in 1849 and is one of the most important theatres in the German-speaking world. The repertoire includes old and modern classics, with a particular focus on plays by contemporary playwrights such as Elfriede Jelinek, Moritz Rinke, Ferdinand Schmalz and Roland Schimmelpfennig. The highlight of every season is the theatre festival Autorentheatertage: with world premieres and guest performances from Germany, Austria and Switzerland, the festival celebrates the best of contemporary theatre.

Signature productions, ongoing collaborations with established and up-and-coming directors, and faith in the abilities of his spirited and talented ensemble: these are the cornerstones of Ulrich Khuon’s artistic concept for the Deutsches Theater.

Each year the Deutsches Theater takes its productions on tour and performs at festivals in places like New York, South America, Asia and across Europe.