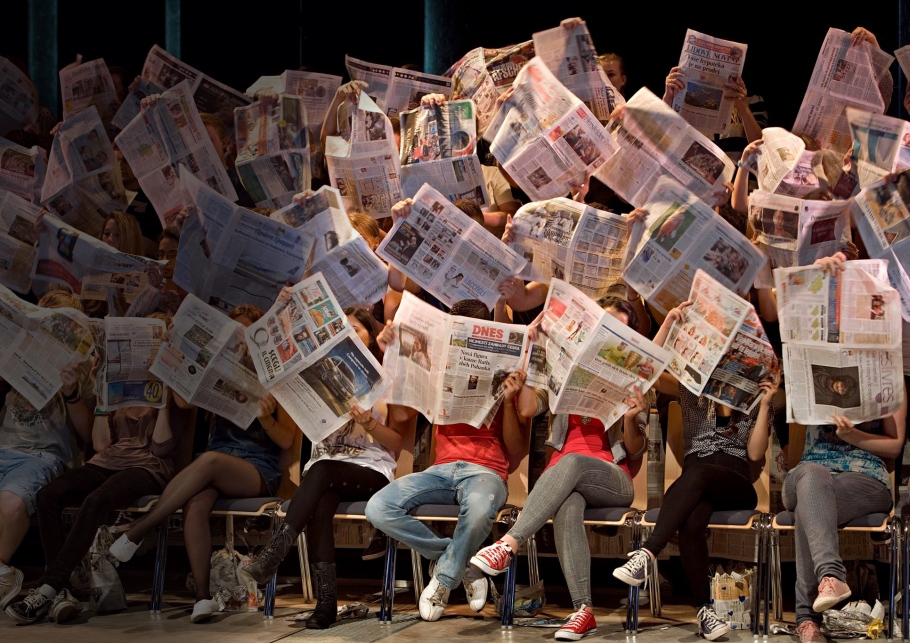 We met Paulien Geerlings at the first Young Europe Festival in Strasbourg in 2010, which was part of the ambitious artistic education flagship project Young Europe. Geerlings is dramaturge at De Toneelmakerij, the leading Dutch theatre company for children, teenagers and “the adults in their lives”. De Toneelmakerij, just as the other project partners of Young Europe, have youth audiences at core of their activities.

Division, nationalism, inequity… Today’s Europe is at stake. What are the realities and perspectives of young Europeans? How can we engage the youth of Europe to actively shape their future? How can we encourage critical thinking amongst this audience of tomorrow? The project Young Europe III kicked off in January 2018 and will go on until 2020. It was thus the perfect occasion for us to sit down with Paulien Geerlings and talk about this project which she holds close to her heart.

ETC’s latest edition of Young Europe sets out to create new theatre performances for teenagers based on performative research dealing with identity. What will the project scope within such a huge topic be? Why work with nine theatres from five countries?

Paulien Geerlings: The third edition of Young Europe is part of the fouryear ENGAGE programme of the ETC. All ETC Member Theatres were invited to join the Young Europe project and many expressed interests. We ended up working with nine theatres because it would allow them to truly get involved and realise the project within the next two seasons.
We split the theatres into three groups. The first group is made up of De Toneelmakerij (Amsterdam, The Netherlands), Deutsches Theater (Berlin, Germany) and Weöres Sándor Színház (Szombathely, Hungary); the second group comprises Staatstheater Braunschweig (Braunschweig, Germany), Theater Magdeburg (Magdeburg, Germany) and National Theatre “Marin Sorescu” (Craiova, Romania); and the third group consists of the Slovak National Theatre (Bratislava, Slovakia), Pesti Magyar Színház (Budapest, Hungary) and Badisches Staatstheater Karlsruhe (Karlsruhe, Germany). We kicked off the project with all the partners together, discussing which topics were most urgent and relevant for the European youth, such as nationalism, poverty, societal injustice, new technologies and the environmental crisis. We also had a workshop session with the Dutch-based international research agency Motivaction (www.motivaction.nl) to get an insight into the drives, values and lifestyles of European youngsters.

After that, the collaboration in the smaller groups began. The Braunschweig-Magdeburg-Craiova group is tackling the issue of growing nationalism and working on a game/performance set in the future in which the audience will have an active role. The AmsterdamBerlin-Szombathely group is focusing on the subject of rage, asking themselves if there is a common source for the many expressions of rage throughout Europe. The
Bratislava-Budapest-Karlsruhe group is most interested in the psychological aspects of growing up in today’s world. At this time, the project is in the research phase and playwrights will be engaged in the next couple of months. Eventually, the productions will come together at the Young Europe Festival in the spring of 2020 in Graz.

Can you describe your research approach as a theatre education methodology?

P.G.: In addition to questionnaires and in-depth interviews with youngsters and people close to the youngsters, an artistic approach is part of our research method. We make artistic assignments in which young people get to express themselves in a variety of ways, be it through poetry, theatre, visual art or film. Through these assignments, young people can explore certain subjects in a creative way. We offer several artistic forms, so that young people can discover their specific talents while staying focused on the content, on the subjects in relation to their own lives and the world around them. The results of these assignments provide a different kind of information than a straightforward questionnaire would.

"Hearing and sharing stories is
the key to shaping identity."

You also worked on the previous Young Europe project, which addressed multilingualism. How has the collaboration evolved since in the current project?

P.G.: Like the previous editions, Young Europe III has a strong focus on playwriting and the creation of a new European repertoire for young people. The aims of Young Europe I were to improve collaborations between theatre and schools and to foster encounters between young theatre professionals and young audiences.

Young Europe II focused on multilingual creation and theatre education with the aim of establishing a European multilingual drama repertoire for young people. In this edition, young people were included in the process of creation. In Young Europe III, the aim is to base the whole project on extensive research on youngsters and their environment. The commissioned playwrights write their plays in response to the research – a genre we could call “documentary-based theatre”.

We believe experience in theatre can offer youngsters an opportunity to hone their critical thinking skills in the context of our current global political and cultural climate. Do you agree with that and, if so, what do we need to do to achieve it in your opinion?

P.G.: We live in a world in transition. Young people are affected by global and local turmoil. Social media flood their lives with information and, at the same time, we live in bubbles where our own opinions are confirmed constantly. Familiarity with and understanding of each other’s perspectives can no longer be taken for granted. I think it’s important to show many positions and theatre as an art form is the perfect place to do so. Plays about a world with many voices, plays open to many interpretations. Exploring multiple perspectives allows us to simultaneously move inwards and beyond ourselves. Hearing and sharing stories is the key to shaping identity. Stories create a sense of belonging and thus the conditions for participating in other people’s narratives. Theatre can create a liberated zone where issues can be explored with humour and where everyone should be able to see themselves reflected – no matter what their educational, social or cultural background is.

What classroom productions should we all see?

P.G.: Jamal and Nadia by Daniel van Klaveren and My Mother
Medea by Holger Schober.

P.G.: Luk Perceval in Brussels and the young French director Julie Benegmos. [Editor’s Note: Julie Benegmos was one of the seven ETC Artist Residents in 2018.]

What book should every teenager in Europe read?

P.G.: I Call My Brothers by Jonas Hassen Khemiri.

What’s the project you’re most proud of?

P.G.: The NADIA project because of the huge impact it had in all the participating countries. 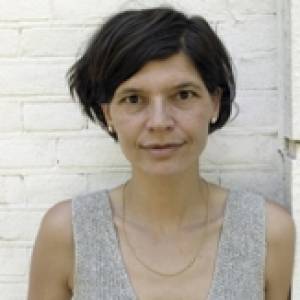 Paulien Geerlings is a dramaturge and theatre maker at De Toneelmakerij, Amsterdam (The Netherlands). She studied Philosophy and Theatre studies at the University of Amsterdam. Since her graduation in 1997, she has been working as a freelance dramaturge with several young theatre directors, including Ola Mafaalani, the South-African Bratt Bailey and Marcus Azzini. In 2006, she became dramaturge of Ad de Bont, playwright and artistic director of youth theatre company Wederzijds.

This company merged with Huis aan de Amstel in 2009 and became De Toneelmakerij, largest theatre company for young audiences in the Netherlands. Paulien Geerlings is also a teacher at the Directing School of Amsterdam.

The interview was led by Heidi Wiley and was originally published in the ETC ENGAGE Brochure Season 2018/19.