Why NADIA? Introduction to the Project

by Paulien Geerlings, Artistic Director of the NADIA Project 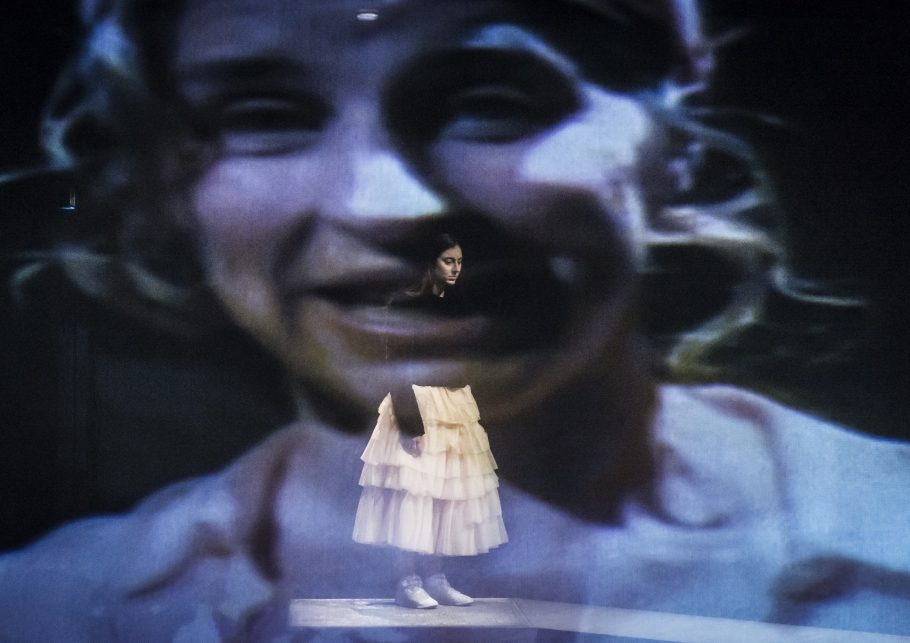 This was published in 2017 within the framework of the NADIA project.

Nadia is the brainchild of Dutch playwright and director Daniel van Klaveren. Van Klaveren is part of the core artistic team at Amsterdam’s Toneelmakerij theatre company, a member of the ETC. In 2014, Van Klaveren wrote a classroom play for the company entitled Jamal, whose central character is an angry adolescent in the process of becoming radicalised. As he fights a war of words out in the open, he is building a bomb in secret. Performances of this play caused quite a stir among its student audiences in school classrooms, particularly those in big cities, and post-performance discussions were by turns intense and disarmingly tender. In Nadia, Van Klaveren continues his examination of the radicalisation of young people, but this time from the perspective of a teenage girl, shifting the focus from the results of radicalisation to the beginnings of it. When does radicalisation start? Who plants the seeds of extremist ideas – and how? Why do so many young people feel increasingly estranged in Western societies? Where should we draw the line between idealism and fanaticism? Is it even possible to fully comprehend all the complexities of the drastic choices being made?

These questions, which are being asked both in the Netherlands and across Europe, form the departure point for Nadia. And so, the pan-European ETC theatre network initiated an international collaborative venture around NADIA, one that involved six of its member organisations. These theatres and theatre companies in the Netherlands, Belgium, Germany and Italy staged their own versions of Nadia. The artistic team at Det Norske Teatret, the participating theatre from Norway, helped develop the play during feedback sessions with its author, but ultimately decided to produce Chris Thorpe’s There Has Possibly Been an Incident, a play that was a more natural match with the Norwegian director and the social discourse on radicalisation in Norway – a discourse coloured by Anders Breivik’s terror attack on the island of Utøya in July 2011, when he killed 69 young people and wounded 66 others. Det Norske Teatret also hosted the Dutch version of Nadia, which was performed three times: for all the young people in Oslo who participated in this international exchange and for a general audience.

In addition to the development and performance of the play itself, a great deal of co-operation took place in the area of education. We set up an online community that paired up school classes from the participating countries, so they could share and collaborate on art assignments connected with the play. The students made films, wrote dramatic texts, conducted social experiments and got actively involved in campaigns to improve their own living environment. Despite the language barriers, the exchanges that took place were substantial and meaningful. The students presented compelling, fascinating and powerful work in the forum. The flexibility of these young people when it came to identifying with other mperspectives was truly remarkable. They proved to be creative, engaged and thoroughly capable of nuanced thought.

In addition to this online programme involving more than 1000 school pupils, NADIA was the springboard for a number of related programmes, workshops, post-performance discussions and school project weeks in each country. At the national level, exchanges took place with other social stakeholders concerned with young people and radicalisation. The fact that this subject is such a common societal concern prompted a variety of parties, some at local level, to step outside their traditional territory and sit around the table with people they normally have no contact with.

Nadia owes its powerful impact to Van Klaverens ability to convey global issues in a way that is personal and palpable. The playwright explores in meticulous detail how an emotive germ proliferates and makes a Muslim girl named Nadia decide to leave her home country for the Caliphate. Although her parents are liberal and she and her best friend Anna can talk about anything, Nadia starts feeling more and more lonely and misunderstood – she feels that she will always be “the other” in the Western world and in her own Islamic family. A Dutch critic wrote the following about the play: “Van Klaveren’s text is clever almost beyond description, with even the deepest psychological recesses taking on detailed form. Although this is a play about susceptibility to manipulation, ultimately it does not moralise. Instead, it begs us to – please, and despite everything – keep talking to one another… It is a rare feat of true-life theatre about one of the most important issues of our time. This play should be seen by every schoolgoer – in the Netherlands and far beyond.”

Around 6000 pupils in Germany, Italy, Belgium, Norway and the Netherlands have now seen Nadia. In Parma, Amsterdam and Liège the play was performed in the modest surroundings of the classroom, while the version performed in Braunschweig featured a more lavish conceptual set design in an intimate theatre space. In Oslo, the Dutch production was performed in English. The fact that there were two main characters made it possible for a broader audience to relate to the piece. Pupils at schools in smaller cities tended to be attracted to different themes in the play than pupils at schools in urban areas, which often had a higher proportion of students with a migration background. One reaction from a pupil at a school in a smaller city was, “You normally only see this sort of thing on TV”. Some of the children openly admitted to being uninterested in the problems of the world, claiming, “You can’t do anything about it anyway”. Others, however, strongly identified with Nadia’s sense of injustice. And everyone could relate to the struggles of an adolescent searching for her identity. In the Netherlands, there are virtually no schools – no classes, even – without at least one pupil with a migrant background. We discovered that, especially at schools with a small minority of such children, it was a particularly valuable experience for classes to explore questions such as, “Where do you feel at home?”.

At schools where students with a migrant background were in the majority, Nadia generated a very different response: from the very first line, one could feel the frisson of excitement running through the audience. They could relate directly to the subjects explored in the play: media stereotyping, having to defend yourself verbally after a terrorist attack, the search for a sense of identity and home, the anger at injustice, the West’s indifference to suffering in the Middle East, and the questionable reliability of news channels and information sources (Who should you believe? What’s true and what’s untrue?). Students at these schools had plenty of responses to the text, with the discussion sometimes even starting off during the play. But the post-performance discussions were the place for talking about the part played by the Internet and social media, about who you should and shouldn’t chat with, and about what personal information you should share or keep private? And there were questions about gender issues too: If you’re a woman, is there limit to how far you should go? Where do you draw the line between sexy and trashy? What part do men play in these issues? What form does social pressure take? Why are we all so desperate for affirmation? All of these questions sparked incredibly interesting conversations among the pupils. The pupils’ reactions only underline the importance of presenting two very different but equally persuasive perspectives on major issues of our time.

And at the ETC seminar on radicalisation, held at the Deutsches Theater in Berlin, it was again brought to the fore that we need to be telling stories that do justice to the complexity of our lives and societies, stories that offer insights into multiple points of view. In this age of polarisation and stigmatisation, of quickfire opinions that go uncontested within one’s own digital bubble, it is crucial to show, again and again, that reality is not black and white. It is ambiguous, multilayered and multifaceted. Theatre is the ideal artform for showing these multiple perspectives of reality – and that fact makes our work meaningful and urgently necessary.

The NADIA project also demonstrates the importance of the ETC as a network of European theatres. When the five participating countries committed to taking part in this project, the play had not even been written; nor had the online tool for school classes been developed or built. None of this could have happened without a solid foundation of mutual trust – all the more so because Nadia tackles a controversial subject that is gripping our society. And this trust was built up between the partners over the course of the network’s many gatherings and activities.

In closing I wish to emphasise just how remarkable it was that Daniel van Klaveren, the initiator of this project, welcomed artistic teams from five theatres into his writing process, with each of them offering feedback from their own context. The result is a wonderful script that has been part of an exceptionally powerful and effective project. Here’s to lots more collaborations of this kind! 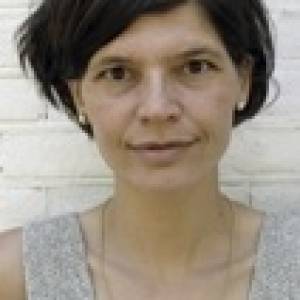 Paulien Geerlings is a dramaturge, translator and yogi. After her high school education, she studied Philosophy and Theatre studies at the University of Amsterdam. In 2004 she graduated at DasArts, an international, multidisciplinary Master of Theatre, based in Amsterdam and founded by Ritsaert ten Cate. Between 2004 and 2006, she has been working with Theatre Company Dood Paard. In 2006 she became dramaturge of Ad de Bont, playwright and artistic director of youth theatre company Wederzijds. This company merged with Liesbeth Coltof’s Huis aan de Amstel in 2009 and became De Toneelmakerij, the Amsterdam theatre company for young audiences. Since its establishment, Paulien Geerlings is the in house dramaturge of De Toneelmakerij. As dramaturge, she has a strong focus on new writing, coaching of playwrights and supporting writers initiatives. She translated several plays for De Toneelmakerij. She is also taking care of the international collaboration projects of the company. She is Vice President of the European Theatre Convention and Board Member of Assitej NL. Next to her work in theatre, Paulien Geerlings is yoga teacher and practitioner.