The Necessary Space – A Theatre of Opportunity

"The principle was that professional theatre and participatory theatre would be exactly the same thing. There was no distinction between them. They would get the same production values and attention." 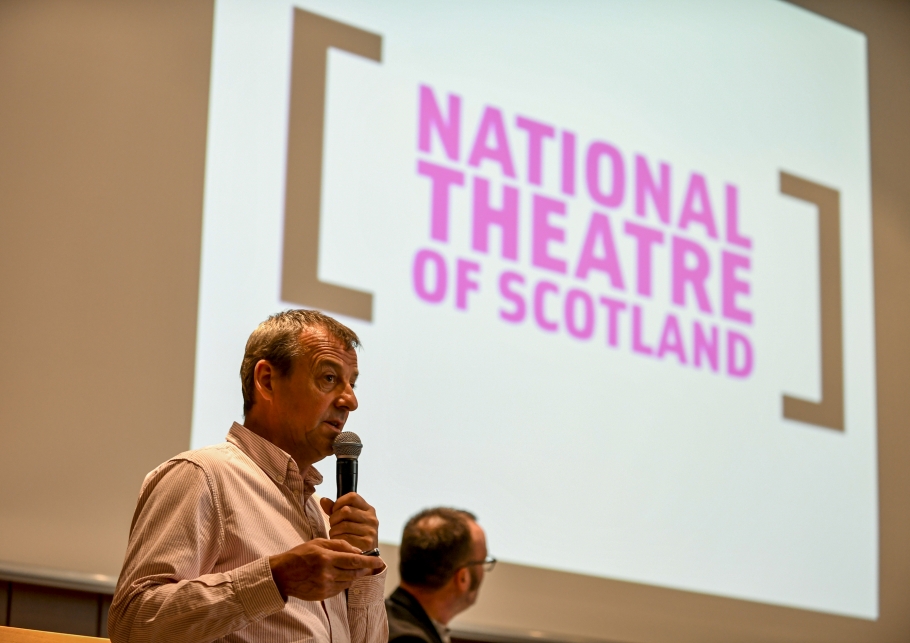 The name The Necessary Space - A Theatre of Opportunity is a play on Augusto Boal’s ‘Theatre of the Oppressed’. I think if you start with oppression, then you’re defining oppression and you’re exercising oppression. So instead, I look for the opportunity in participation.

But I also call it “A Theatre of Opportunity” because of the quote from Martin Luther King, where in the midst of civil unrest and revolution in America he says “We are now faced with the fact, my friends, that tomorrow is today. We’re confronted with the fierce urgency of now. In this unfolding conundrum of life and history there is such a thing as being too late. Procrastination is still the thief of time. Life often leaves us standing bare naked and dejected with a lost opportunity [...] Over the bleached bones and jumbled residues of numerous civilisations are written the pathetic words “too late” [...] Now let us begin. Now let us rededicate ourselves to a long and bitter but beautiful struggle for a new world”.

The reason I call it The Necessary Space is because I think that we are in the same position where we are developing. We are in the midst of a paradigm shift in our world and we have the opportunity to change it. Politics isn’t working. We’re eleven years from ecological disaster. There are seven and a half billion people in the world. Five and a half billion of them have telephones. Religion doesn’t work because we have more faith in our algorithms. The media doesn’t work because we have fake news and we don’t know where to find the truth. So where do we go? Do we go to the churches, the parliaments, to the online or to media? Theatre is the most important place to be as it’s an opportunity for us to be able to do something about that. That’s why I call it a theatre of opportunity

The National Theatre Scotland was an organisation that seized an opportunity in the history of Scotland to remodel and reshape everything. We called it Theatre Without Walls. One of our first participants was a sheep. You may laugh but it came with its farmer to feature in a photo shoot for a poster. As a result the farmer had the opportunity to help launch a national company in his remote rural community. We also made theatre in high rise flats, in abandoned hotels, in the bowels of ships, in old factories, shop fronts, fields, cathedrals, football stadiums, in tube stations, in telephone boxes and of course we made theatre in theatres. We mustn’t forget that.

The principle was that professional theatre and participatory theatre would be exactly the same thing. There was no distinction between them. They would get the same production values and attention. We took over whole islands and drove audiences around in cars to see theatre. We took over cities and put people’s portraits into windows, into cities, into galleries and made epic productions. We painted portraits in sand, we painted rainbows—that was really hard. But we managed it and people came to see it.

What I really want to talk about is our home away theatre, Beyond Borders, where we worked with what we call ‘the theatre makers of now’. We reached out to the Bangladesh community in Glasgow, to represent Glasgow. We went to Jamaica and worked with young men in the ghettos whose narratives of going into drugs and violence had already been written for them. But we introduced participatory theatre and they wrote a new narrative for their community. We worked with the indigenous population in Australia who were talking about being one generation away from losing the dreamtime stories. We produced the works at home and then brought it to Scotland, brought it away, so that there was a dialogue between all of these countries. Between artists from the favelas in Brazil and street kids from India and settled refugees in Chicago.

Moderator: How did these communities react to your European ideas of theatre?

Simon: I think it’s important that we don’t go to other countries with an assumption that European theatre is the form. We should be exploring and learning what forms, contexts and forums there are. That’s what makes it exciting—that we are not the experts of these narratives or these forms. So when I went to Jamaica it was my job to listen and to learn about reggae, dubstep and colonialism and to be able to use that as the foundation for the theatre that we were making.

Moderator: Is what you do political activism?

Simon: It depends what you mean by political activism. When you send a team of artists into a community to listen, respond, shape and find form for a voice that has not been heard before, is that politically active? I would say yes. It’s another form of politics because the old forms don’t work. They are broken. There is a lack of trust there. If you are creating something with young people or cross-generational and you’re finding new narratives that are not concerning themselves with the binary politics that we are all frustrated with, then you are being political with that community in a new form of dialogue and politics. That’s why I think that’s activism. Creating a school is political activism. Finding these forums, forms and context is an act of being political.

Moderator: But do you see a danger in losing your artistic goals and artistic value through that?

Simon: No, I see that as a massive opportunity for artists to engage in a dialogue that is not necessarily about party politics or binary politics. It’s such an exciting paradigm to work in. 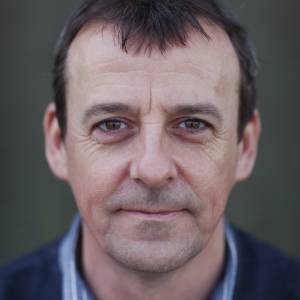 Co-Founder of the National Theatre of Scotland (NTS)

Simon Sharkey is best known as one of the original team that built The National Theatre of Scotland and shaped their Theatre Without Walls. In 2019 he launched The Necessary Space through which his Theatre of Opportunity and Theatre Without Walls practice will continue to grow globally and locally.
www.thenecessaryspace.com / Instagram: @theatre_of_opportunity