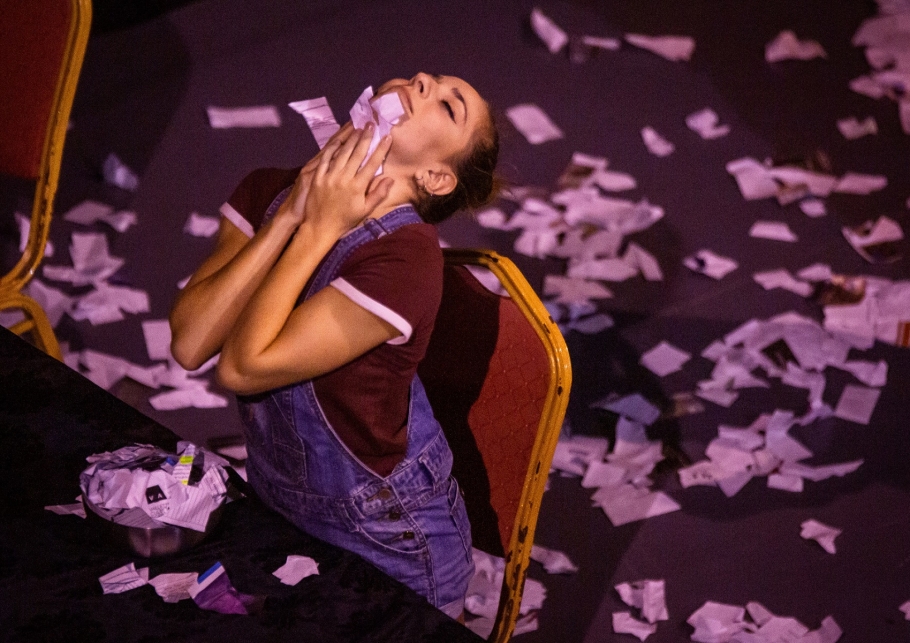 “It was one of those projects that we heard about during an online Coffee Break meeting ETC organises. I am personally interested in youth and theatre written by young people for young people, and I immediately felt that this was an amazing platform to further provoke the work we were already doing in Malta,” says Mireille Estelle Camilleri, Head of Administration at Teatru Malta.

From 2021-2024, Teatru Malta is participating in Young Europe IV, ETC’s flagship artistic project for young audiences. It brings together 8 theatres and young playwrights from 7 different countries to write new plays for young people (12+). “The project helps us think - not only on the national level - but the international variations of what ‘forgotten voices’ means to each and every one of us,” explains Mireille. By staging new plays in classrooms, the project also aims to tell stories from non-dominant perspectives written by emerging playwrights representing marginalised voices within the European theatre canon. The plays will be staged in 2024 in the participating theatres and at a festival in Europe.

Christian Debono, Marketing Coordinator and Campaign Manager at Teatru Malta, joins Mireille in explaining that the main motivation for participating in Young Europe IV was that they liked the challenge. They also benefitted from an intense week of exchange, specialised support and tailor-made feedback in Prague, alongside the other theatres and playwrights involved in the Young Europe IV process.

It was the first time Teatru Malta had applied to such a large scale collaboration project. After they were selected, the theatre received an ETC grant for co-production and has become more active internationally within the network.

Teatru Malta’s programming policy already included a commitment to programme at least one play written or directed by younger people per year and providing the necessary mentoring for this. For Young Europe they chose two writers they had worked with in the past, Alex Weenink and Kurt Gabriel Meli, inviting them to co-write a play. Knowing their strengths and weaknesses they proposed a mentor with complementary skills, Ruth Borg, to work with them. “To see two young theatre makers from the island having their work critiqued, reviewed and supported for development by an international audience and get feedback, will help these artists diversify their mind, their views and their creative platforms,” says Christian. “And it’s nice that all of a sudden this simple policy expanded in a wider horizon: a duo writing a play and developing something on the international level,” adds Mireille. Participating in the project “suddenly shortens the distance”, she says, reflecting on its impact on the young playwrights.

They are now in contact with the National Theatre of Slovenia in Nova Gorica, with the Young Vic in London... This is a huge thing for us because we pushed them into a more professional level, a higher-stake sort of platform.

Discovering new voices and giving platforms to young generations is part of what Teatru Malta understand as their mission. While Mireille is busy with the production part of the play, looking at how Teatru Malta can facilitate the research process for the duo in terms of organising workshops with adolescents, allowing the playwrights to be observers in a lecture hall, she dreams big. “I would love for this play to be part of the curriculum. Forgotten voices is a broad and important theme and I genuinely believe it is recurrent,” she says. A Young Europe IV play written by young people for young people as school curricula. What a change this would be…

This article is part of the ETC Publication Our Stories of Change, which is a new series to illustrat the effect and impact of our current programme of activities: TRANSFORMATIONS - Recharging European Theatres and Audiences in a Post-Covid World. The article was written by Matina Magkou, Researcher for On The Move.

Our Stories of Change 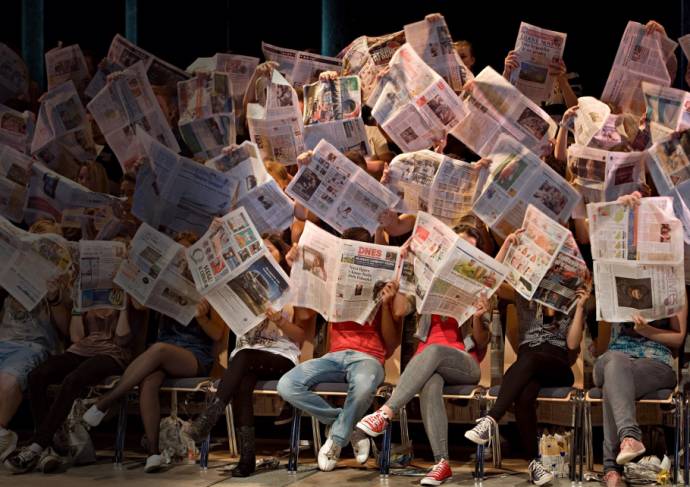 Division, nationalism, inequity… Today’s Europe is at stake. What are the realities and perspectives of young Europeans?