Participatory Theatre in Dresden and Europe 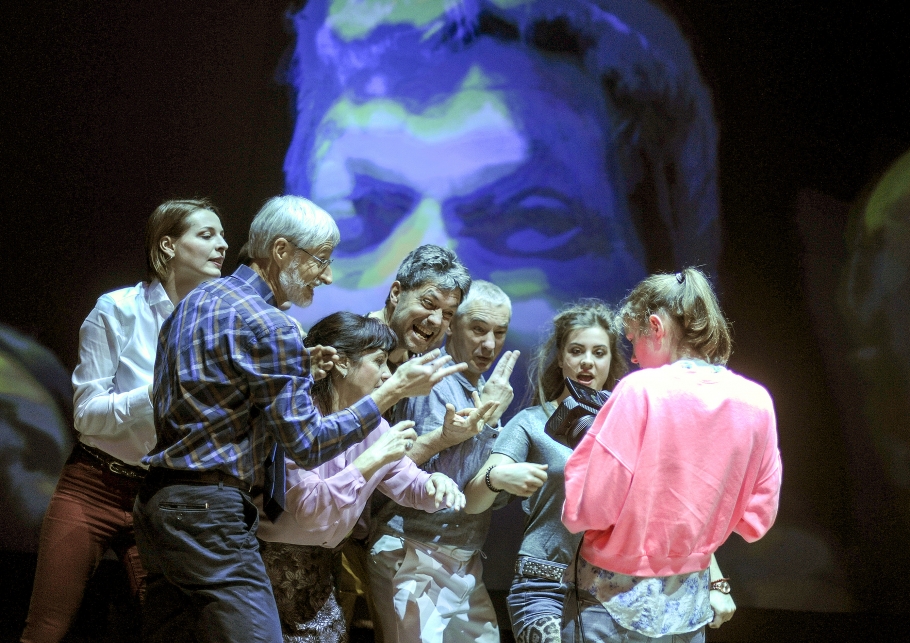 In a turbulent Europe – a place whose citizens have incredibly diverse cultural, ethnic, religious and social lifestyles – there is a need for dialogue. It is no coincidence that drama was invented at the same time as democracy in ancient Athens: the negotiation of different interests with one another is at the heart of democracy.

And theatre can be a place for that. Most of the time, actors are onstage as representatives performing fictitious dialogues. Over two and a half millennia, the performing arts have developed, and assimilated and mirrored social changes. This is an ongoing process. Today, theatre has opened itself up so much that even regular citizens – whose expertise is not acting but their own life story, experiences, opinions and interests, which they playfully communicate and negotiate with one another – can be found onstage, endowing theatre with a new relevance and energy. It is not only about exploring a new art form but about the empathy that results from telling and listening to stories. An empathy that is necessary for a society to grow together – and also to open itself up.

The European Commission has also recognised this opportunity and stated that fostering cultural participation is one of the main goals of its new agenda. In the past ten years, theatre has been exploring participatory formats, both thematically and artistically. In this context, “participatory” not only means that the audience gets involved in the story being performed but that average citizens themselves perform. The most important thing here is not the actor’s transformation but the life story being told – and this story can be explored, altered and questioned in a playful space without any consequences.

In 2009, we at Staatsschauspiel Dresden were the first theatre to establish a new section of our programme called Bürgerbühne (which translates literally to “citizens’ stage”), thereby making a long-term promise to the city to keep the theatre’s doors open to the city’s residents. Since then, over 3,000 non-professional actors have taken part in more than 900 performances that have been seen by over 160,000 viewers – a huge enrichment to both the theatre and the city. The main purpose here is not “applied theatre”, in which process-oriented methods pursue explicitly political, pedagogical or therapeutic objectives.

The freedom and futility of art are important during the rehearsal process and in the final product; they develop between actors and the audience in the moment of the performance. And it is not largely marginalised groups who are up on stage; the invitation is open to/directed at everyone: punks, bankers, doctors, men having a midlife crises, teenagers, the Jewish community, teachers, people who have been married and divorced, academics, dropouts, football fans, transgender people, Muslim women, seniors, midwives, coroners, representatives of the church and the sex business, and much more.

“It’s the same as with any other production."

At the Dresden Bürgerbühne, five productions are worked on and added to the regular programme every season. And the theatre offers its resources to those productions: a close link to the dramaturgy, extensive PR, technology, the workshops, props, masks, and rehearsal time on the actual stage. Wilfried Schulz, who founded the Bürgerbühne and acts as its artistic director, explained it simply: “It’s the safe as with any other production.”

Following this guiding principle, a target group of citizens and a director are chosen very carefully for every production, as are set builders and – depending on the concept – playwrights, musicians, video artists or choreographers.

The goal is to experiment artistically and thematically and to involve as many different target groups in Dresden as possible. After three to four months of rehearsing – many of the performers rehearse after work and on weekends – the play premieres and is then put on the programme for one or two seasons, depending on the audience’s demand and the players’ availability. And there are even more people romping around in the countless educational theatre clubs than there are in the Bürgerbühne productions.

Even here, people of all age groups are welcome. Club rehearsals take place weekly, are less focused on results and, at the end of the season, participants take part in a workshop presentation and a festival weekend. Theatre educators, actors and directors’ assistants now run twelve clubs per season: the Club of Otherwise Gifted Citizens (for Dresdners with mental handicaps), the Club of the Residing Citizens (the plays are put on at home), the Club of the Dramatic Citizens, the Club of the Angry Citizens, etc. Their topics and formats are not limited in any way. The clubs have since developed a very lively culture. The performances and the festival are incredibly popular among the performers and their friends and families.

The Rimini Protokoll performance collective was an important pioneer of participatory theatre. And even before the Dresden Bürgerbühne was established, in 2009, several German municipal theatres and independent groups had initiated individual theatre projects with people who were not professional actors. Once a separate category was established in Dresden, the idea experienced an upswing and many German and several European theatres also established their own Bürgerbühne, popular theatre and Borgerscenen (Denmark). Although most municipal theatres in Germany have not established a separate section, the field of participatory theatre has expanded dramatically.

European networking and insights were important at all three festivals. That’s why we are so happy that the ETC wants to encourage and facilitate participatory formats throughout Europe with Our Stage, one of the five new categories of the ENGAGE programme. Inspired by ETC networking events that took place in Dresden and Oslo in 2018, theatres in Austria and Hungary, for example, have already planned their own Bürgerbühne projects at their theatres. Our Stage – The 4th European Bürgerbühne Festival will, in cooperation with the ETC, become properly European, inviting productions from at least eight European countries, including a comprehensive European supporting programme to Dresden from 18 to 25 May 2019.

In my capacity as curator of the festival and with the help of a European artistic advisory board, I am currently seeking professional productions
with non-professional actors in a number of European theatres and at European festivals. There is endless research involved. It requires a lot of networking and serves as an indication of how huge and diverse the European scene has become. While in some countries, such as Belgium or Denmark, participatory formats are already understood as an integral part of contemporary theatre, there is a stronger tendency in, for instance, the Anglo world to operate and view Bürgerbühne more as “community-based theatre” or “applied theatre,” which is closer to the idea of process orientation methods and cultural education. In Poland and Hungary, participatory formats are generally found on the independent scene, in no small part because several directors of municipal and state theatres have been dismissed and it has since become rare to find socially critical, artistic experiments there. As a result, there are many exciting initial observations to review and discuss in European networking meetings, cooperations and at Our Stage – The 4th European Bürgerbühne Festival.

Some of my selection criteria for the festival are: social relevance and aesthetically outstanding experiments in the areas of dramaturgy, research, and the handling of the body, space and video. On top of that, the question of “Who’s speaking?” is deeply important. The festival programme should be as formally and thematically diverse as possible since the answer to the question “How does this theatre form work?” can only be plurality, experimentation and
imagination.

The ETC International Theatre Conference and General Assembly will take place during Our Stage – The 4th European Bürgerbühne Festival in Dresden in 2019 so that we can continue the conversation about the artistic quality, the importance and the future of this theatre form. 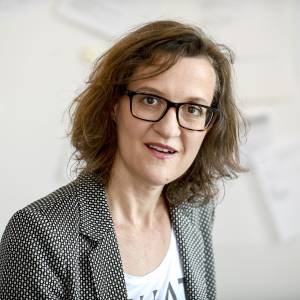 Miriam Tscholl studied Cultural Studies and Aesthetic Communication at the University of Hildesheim (Germany). She then worked as an artistic assistant at the university’s Institute for Media and Theatre. Productions of her independent theatre group Werkgruppe 1 were staged at a number of European festivals. Since the 2009/2010 season, Tscholl has headed the Bürgerbühne at Staatsschauspiel Dresden. She also works as a director in Hanover, Berlin, Mannheim, Dusseldorf and Freiburg. During the 2018/2019 season, she will also take on the artistic direction of Our Stage – The 4th European Bürgerbühne Festival.

This article was originally published in the ETC ENGAGE Brochure Season 2018/19.