Provided by Fondazione Teatro Due (Parma) as part of their new interview and creation series, MEZZ’ORE D’AUTORE. 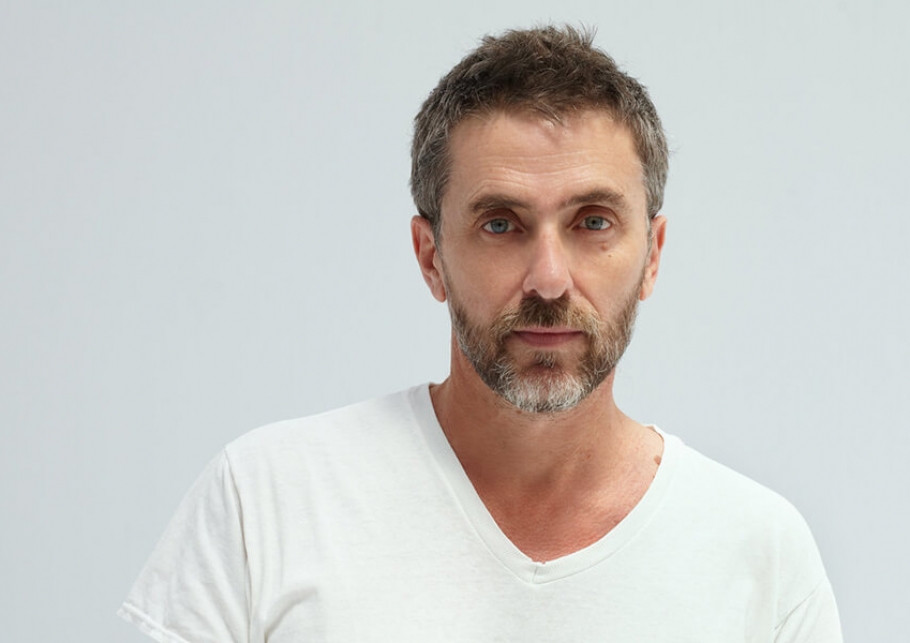 The project MEZZ’ORE D’AUTORE created by Fondazione Teatro Due (Parma) aims to spark a reflection on contemporary dramaturgy. The staging of 8 selected texts (among the 300 received in response to the call launched in December, looking for unpublished texts lasting 30 minutes) is accompanied by in-depth analysis, interviews and debates open to the public, focusing on the concerns of writing for the theater, on the possibilities offered by the political and cultural landscape of various countries around the world, and on the most effective languages today to convey meanings through a medium that is among the oldest in human history. We have formulated some thematic nuclei and we have submitted them to the attention of four theatrical authors, in order to share with them the main points of the ongoing reflections, with the intention of contributing to draw a map of the new dramaturgy in Europe and in the world.

The first contribution is by the French playwright, director and choreographer Pascal Rambert.

I believe that contemporary dramaturgy in France is in a condition, of course it can always be better, but the general situation is good.

From working in roughly forty countries around the world, I generally see that most seasons decide not to take many risks, above all, they put on classics or show that are attractive for the public.

In France there are many authors, including "traditional" and collective playwrights, who compose using the écriture de plateu technique (where the dramaturgical text is obtained via the improvisation of the actors) and in general their work receives a good reviews. 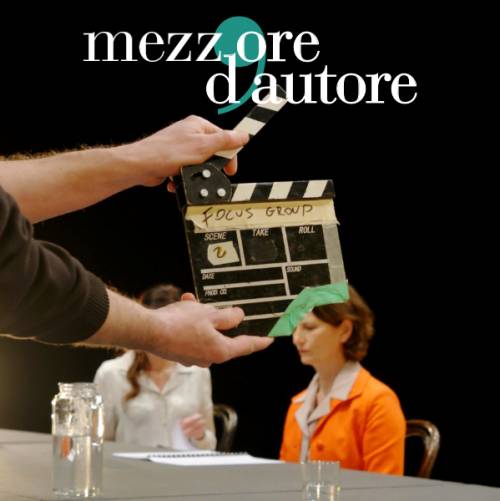 What role can the new dramaturgy play in restoring the central position of the theater within the public debate?

Theatres can do a lot, they have a voice that can be extremely strong.

However, we have seen, even in France, that if there is no knowledge and love for art, literature and culture from political powers ... it is very difficult to achieve something coherent.

Of course, if we consider that there are still many countries where there isn’t even a Ministry of Culture, where there are no safeguards, assistance or subsidies, then we can say that France isn’t so bad. Here there is still a very strong and extensive national network, and after having put on a show, it is possible to do a two, or sometimes three year tour.

Working a lot all over the world, I see that in other countries it isn’t as easy, even though I have always noticed enormous zeal in the response from the public It is a beautiful presence.

Covid aside, for me the real concern is the age of the spectators, who are getting older and older. There is a generational break that I notice all over the world, perhaps with the exception of China and Taiwan where European theater is still seen as a novelty. If the States do nothing to support theatrical training, to insert it into an essential path of cultural and civil growth starting from schools, the aging process of the public will be irreversible.

Do you have any dramaturgical models of reference?

I started writing very young and I didn't know anything about the theatre, my family didn't come from the art milieu. At 13, I was writing poems that soon turned into sheets that I gave to my high school friends to read them. Those embryos gradually evolved into real plays, but the truth is that I didn't know anything ...

I was "a savage". Then I began to go to the theatre a lot, to see the creations of Pina Bausch, Antoine Vitez and Claude Régy and I formed a taste, created a horizon of reference.

Later in the late 80's and early 90's when I already knew a lot more and had already been invited to the Avignon Festival, I read Thomas Bernhard and was thunderstruck, but realized I couldn't get over his language, it was too strong. I still can't read him, my language forged over forty years would be devoured by him. In any case, I think he was very important for many authors of my generation.

Bernhard freed me, along with Peter Handke. Before, I was almost ashamed of doing long plays, long monologues… Then I read Bernhardt and Handke and I said to myself “Pascal, you can do it too”.

They freed me from the “models” present on the stage, that usually included characters, plots, and situations. I soon realized that the theatre that I was doing, and which in any case had found its audience in the world, was a path towards emancipation; and emancipation from idols is what I always recommend to young actors and authors.

How do you create your plays?

I would say I don't create them at all, I hate making precise plans and taking notes. My work is not "conscientious", it is not in the order of "what I want".

Undoubtedly I write every day: I organize my day so that I wake up early, I do yoga and then I write, I schedule rehearsals in the afternoon for no more than five hours and when I return I continue to write. And my job is above all not wanting anything, letting things come.

When I wake up, I try not to be paralyzed by the news of the day, by the emails I should answer ... when I was running the Théâtre de Gennevilliers every day I spent a lot of time answering questions, requests, solving problems, every day there was a catastrophe ... now I am independent so every day I make myself available to whatever happens, without making plans and just letting the words come. And since I write for specific people; Emmanuelle Béart, Audrey Bonnet, Chinese, Mexican, Portuguese actors from Tiago Rodrigues… it is enough for me to listen to their bodies, to the texture of their voices.

Does the contamination between various languages (dramaturgy, cinematographic writing, television etc…) impoverish theatre or increase the range of possibilities?

This topic is very interesting and complex.

I don't have a TV, I don't have much time and I don't watch series, but I hear that many productions are really well done, with excellent dialogues, and well-orchestrated plots ... but I like the idea of belonging to an "ancient" world, the theatre is more than 2000 years old and I have faith in that, if the theater is still present there is a reason for it. It is not just about representation, it is the link that exists between men and stories made with living bodies.

During the pandemic I wrote and directed Three Announcements, we rehearsed it, finished it but we were afraid of not been able to make its debut, so we made a film of it (eventually the show debuted and had a tounée). Inevitably we have relied on this medium to preserve the memory, many theatres have broadcast shows on YouTube.

If the pandemic had occurred in 1972, when there was no web, some great director, perhaps Strehler, would have transformed his show into a great film. But the language of the theatre remains unique.
Now I hope it is just a matter of a few months, as soon as the theatres open no one will want to see the theatre on video.

What could writers talk about after theatres reopen?

I see many intellectuals troubled by the idea of a world before and a world after the pandemic, I don’t think so, I do not say it ironically: all the people I speak to are looking forward to being free to go to the theatre, cinema, or a restaurant for a drink ...

For a year, many authors have started writing lockdown diaries, many artists have made shows and films about the loneliness of "confinement". I stayed away from it, but I can say that the 5 plays I wrote from July up until now have been "marked" by the situation, and inevitably deal with the impossibility of touching each other, with the impossibility of having direct relationships.

The impossibility of leading my usual fluid life, which takes me one day to New York and the other to Beijing, came concretely in my writing, generating a sort of deep break between beings. The idea of death also broke through, presenting itself in a more overbearing way.

Published with permission from Fondazione Teatro Due.