Working in documentary theatre (aka reality theatre) and other participatory forms of theatre began for my colleague Prodromos Tsinikoris and me as a direct result of the influence of the German directors’ group Rimini Protokoll. 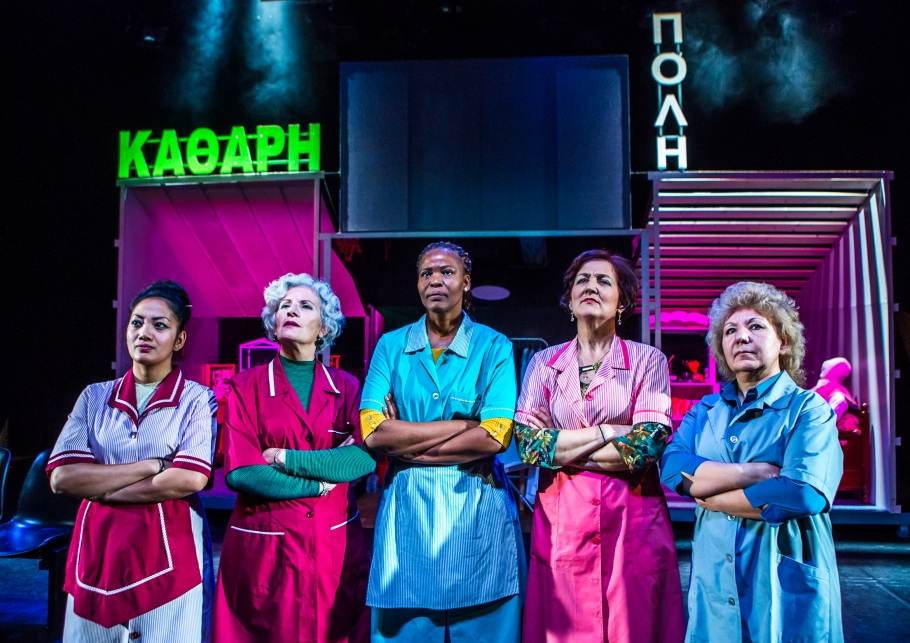 Working in documentary theatre (aka reality theatre) and other participatory forms of theatre began for my colleague Prodromos Tsinikoris and me as a direct result of the influence of the German directors’ group Rimini Protokoll. In 2010, both of us were working as assistant directors on Prometheus in Athens, a theatrical project involving 103 residents1 of the city of Athens. The production applied the Rimini Protokoll’s 100 per cent performance model to the ancient Greek drama Prometheus Bound by Aeschylus. Over the following few years – it has been almost ten years since then – we developed our own projects in this genre, and this work of ours evolved alongside the ongoing economic and political crisis in our country. I would like to reflect on this process by using three previous projects as examples.

In July 2011, as part of International Athens and Epidauros Theatre Festival and its platform for young and emerging local theatre groups, we developed our first play in this genre: Journey by Train.

The performance was staged inside the headquarters of the Greek railway company, which was still public at the time, in a hall where the board of directors normally met. The collapse of the Greek railway company was the focus of the performance, with six railway workers (who held various positions within the company’s hierarchy) and a singer from the railway workers’ choir as our protagonists. A once powerful organisation, the railway had fallen deep into debt by that time and was slated to be privatised, like so many other public service organisations in Greece. With the country’s financial crisis escalating, it was also a time of great social and political upheaval. In 2011, for instance, huge anti-government demonstrations took place in Syntagma Square during the same period when we were rehearsing this show. It was indeed a strange moment in history when the mass media in both Greece and abroad accused “corrupt” public service employees for the bankruptcy of the state.

Our work stemmed primarily from our struggle to understand what exactly was happening in our country. Seeing the problems facing the Greek railway, we tried to deepen our understanding of the entire public sector and to distil onstage both the causes and consequences of the country’s crisis. We began with field research, doing extensive interviews with people who used to work at the railway, and invited some of them to participate onstage. In rounds of script work, we developed these interviews and created a final text that the protagonists eventually went on to perform themselves.

In this way, our performance had a strong activist character and we discovered in the process how important it was for real people to be protagonists and speak in public about their reality, using the stage as a public political space. For us as a directing team, a crucial point became clear for our work: our job was to make different points of view and opinions visible, and to develop narratives other than those that were dominant in the public sphere at the time.

In the years that followed, we continued to work in this way, defining and refining our methods and goals. Especially when working on projects about immigration, it became increasingly clear that we had to focus on politics in our performances.

Telemachos – Should I stay, or should I go? opened in Berlin at the Ballhaus Naunynstraße performing arts centre in 2013. The performance was an onstage confrontation between two generations of Greek immigrants in Germany: Greeks who emigrated in the 1960s as Gastarbeiter (guest workers) and Greeks who emigrated in the twenty-first century due to the Greek economic crisis. Prodromos Tsinikoris, who played the main character, used his personal story as a dramaturgical base. As the son of Greek immigrants from Wuppertal, having lived half his life in Germany and the other half in Greece, while on stage he asked whether he should stay in Germany or go back and fight for the political soul of Greece. The question could be read both ways since Prodromos was in Greece at the time. Should he leave the bankrupt country and seek a better life in Germany like his parents had in the past? The question does not necessarily need to be answered. As a quandary that undoubtedly troubles all immigrants, it is posed in order to elicit stories of people who have lived their lives between (at least) two countries.

When we researched and rehearsed the play, prejudice against Greeks as lazy and corrupt was bubbling through the German media. In our play, we tried to give a face to the crisis, to make specific stories visible by showing ambivalent characters and personal stories onstage in hopes of provoking a discourse about the German-Greek relationship, which was also in crisis at the time.

Our most well-known play, Clean City—which is still on tour, and, in fact, happens to be one of the longest-running international Greek performances  to date (42 cities)—opened in February 2016 at the Stegi Theatre in the Onassis Cultural Centre in Athens. Influenced by Shermin Langhoff’s post-migrant theatre concept, which staged stories about Germany from the perspective of people who live there without any German heritage, we decided to do something similar in Greece. And so, after Telemachos – Should I stay or should I go?, we came back to Greece during a time when the neo-fascist Golden Dawn party was rising politically, having won 7% in the elections with their slogan promise “to clean the country” of foreigners and others who were, in their opinion, “impure”. In Greek, “katharos-kathari” means both “clean” and “pure”. Thus, the slogan is a pretty direct reference to the Nazi idea of a pure race. Turning this around, we read the slogan literally, asking “Who is, in fact, really cleaning this country?”. The people who literally spend their days cleaning hotels, houses and offices are mostly foreign workers, of course. The very people the Golden Dawn party wanted to get rid of. Thus, we began work on Clean City by interviewing immigrant communities in Athens, starting with the women who clean the big theatres. They ended up becoming our protagonists.

"... I would describe reality theatre as a way of gathering and displaying knowledge from the source, especially when dealing with political and social issues."

A few months later, we were designing the poster of the play when we came up with the idea of showing our protagonists as superheroes: the antithesis of victims. Our dramaturg was feminist activist Margarita Tsomou, who was an editor at Missy magazine at the time. She was aware of the danger of presenting our characters as victims and insisted that they be shown as empowered individuals whose decision to move to another country was an authoritative one: a decision that changes the world. Clean City shows Greece from the perspective of its immigrant cleaners as our five protagonists (Mable Matshidiso Mosana, Rositsa Pandalieva, Fredalyn Resurreccion-Hellrung, Drita Shehi and Valentina Ursache) share their experiences of cleaning the homes of the Greek upper middle class and face deep societal racism at the same time. In the process, they become an uncomfortable mirror for the Greek audience, but always perform with sovereignty and humour.

Looking back on these projects and our resulting method, I would describe reality theatre as a way of gathering and displaying knowledge from the source, especially when dealing with political and social issues. It is a simple, direct way of gaining access to the people, problems and contradictions of everyday life, and of developing a three-dimensional portrait of reality that provides a stark and necessary contrast to the typical black-and-white dramaturgy and mentality that we see so often in the media2 and that has dominated the discussion of the Greek crisis over the past few years.

We have come to understand the stage as a space to take a position and develop and cultivate political consciousness.

1 Three unregistered immigrants were added to the 100 Athenians representing the city.

2 As the term ‘media’ appears many times in this text, it is important to point out that in Greece many important newspapers collapsed during the crisis, leaving just a few profit-oriented media outlets, all run by a handful of
oligarchs with specific agendas. 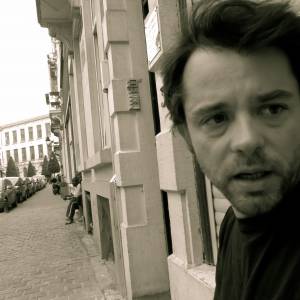 Anestis Azas lives and works as a theatre director between Athens and Berlin. Since 2011, his work has focused on documentary theatre projects with participation of actors and non-professional actors on stage. Since October 2015, together with Prodromos Tsinikoris, he is the artistic director of the Experimental Stage of the National Theatre in Athens.