"I thought it was important for participants to take part in the performance not as actors but as representatives of their stories: that way they wouldn’t feel the need to play a role." 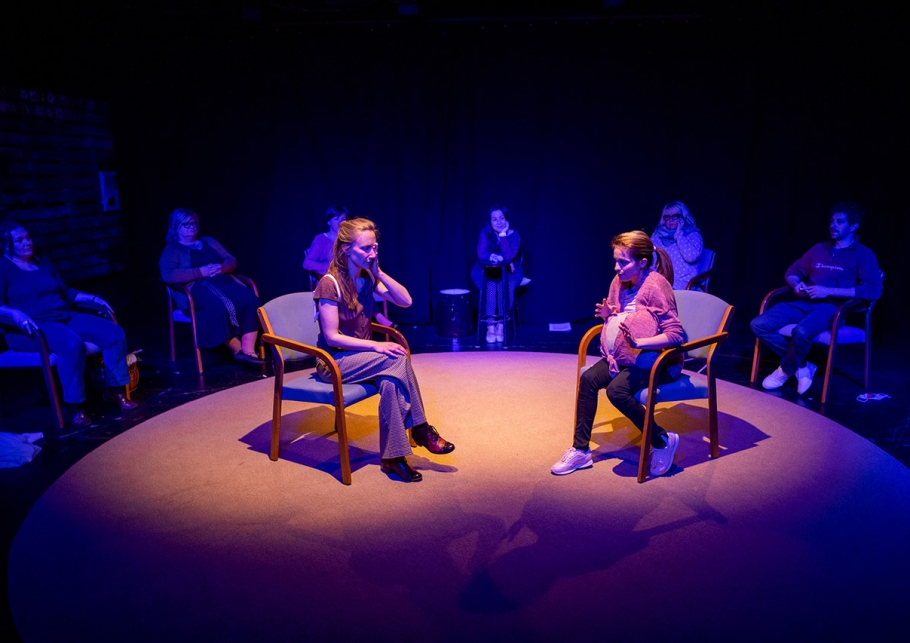 It was fundamental for us to create a performance that was based on personal stories; that the play be created with and by the people participating in it. Since the performance was commissioned by Weöres Sándor Theatre, as a director, I kept in mind what would be compatible with the theatre’s regular crowd.

I thought it was important for participants to take part in the performance not as actors but as representatives of their stories: that way they wouldn’t feel the need to play a role.
I strived to create an intimate and trusting environment where participants would have no problem standing in front of an audience. We also tried to make the performance easy to perform anywhere, not just in a theatre setting. The budget for the performance was minimal. The scenery, props and some of the costumes were used from the theatre’s stock.

In the initial phase of the project, we conducted an interview with each participant. During rehearsals, we decided that each individual would be the “protagonist” of their own story. As a theatre in a small town, we strived to stage the participants’ stories without exposing them to gossip. During the creation process, we co-wrote the scenes with the participants, so everyone was involved in developing their own story—and sometimes the others’ stories. Still, I had the final say in most cases. We felt it was important to have a meeting with the audience after the performance. Usually half the attendees would stay and many would share their views on the performance topic or their own life experiences. I found that during rehearsals and performances, participants had the opportunity to look at their own story from multiple angles. In many cases, this led to positive perceptions of it, reducing their anxiety about their own stories.

Perhaps the biggest challenge during the rehearsal process was finding acceptance within the theatre itself. Presumably, it was difficult to accept that there were not only actors performing, and it was hard to bring the civilian participants and actors together. The participatory theatre format was called into question: Was it equal to a standard theatre programme? The theatre crew who came to see the show surprisingly missed the opportunity to participate in the post-performance talk, where they would have been able to share their point of view or challenge the idea. The organisational team was not able to adapt their way of working to draw in a new audience for this type of performance.

On the subject of giving birth, I envisioned a performance that had never been realised before because the stories we received kept reshaping the message of the performance. This often caused me, as co-director, serious internal conflict. On many occasions I wrote or edited a text that was either completely foreign to me or contradictory to my views.

We tried to hold onto the initial idea that if one of the participants had a clear idea about their subject matter, we would amplify that person’s idea and make it understandable and consumable. I was able to respect the idea of a community theatre, to keep what the participant came up with, knowing that it might be detrimental to the quality of the piece.

At the very beginning, I interviewed all the participants and, after analysing the interviews, shared them with my creative peers and other participants. I find it very important to record live speech in such workflows, as there may be cases where one’s own storytelling vocabulary makes it easier to write a scene later. For the same reason, I also made regular audio recordings during joint discussions, always with the participants’ consent.

I wanted the people who applied for the open call to be included in the performance in whatever way they wished to be. That way, each of the stories told would appear onstage. Participants could decide to provide their story for someone else to perform, or to perform it themselves.

The concept was that participants would be joined by two actors to support them and to include professional acting in the performance. The fictional scenes, partly invented by me, that connected the individual stories were played by the actors.

During the months-long preparation period, the workflow was characterised by very good and intimate collaboration, meetings and conversations, and a cohesive community formed. The two actors who joined at the end of the rehearsal process needed to take part in the same casting process as the rest of the team. We noticed that one of the actors guided and answered our questions superficially, while the other actor, like the participants, gave open and honest answers. We did not jump to any conclusions at first; instead, we waited to see if he would demonstrate any sincerity or openness. Yet it not only became clear that it would not happen, but that, on the contrary, the latter actor’s participation started to be counterproductive and subversive within the community. The other actor mixed well with the pre-formed group, so much so that we also could develop a scene based on his real-life experience. From this we learned the lesson that, next time, we should probably cast the actors and non-professional participants at the same time. Of course, the theatre was involved in deciding which actors were available for the project, which places an external constraint on the casting process.

Let me start out by sharing my thoughts on Dams and Inhibitions from a structural standpoint, or what the performance meant as a collaboration between a theatre as an institutional form and civilian participants. I was happy to work in a production that enriched the programme of the theatre, which typically offers classical theatre formats. I saw it as an audience and community-building opportunity. I do not consider the participatory art project to be radical within its own genre and I think the degree of experimentation is well-adapted to the host environment. We were able to find this balance thanks to our own intuition, consensus and compromise with the participants involved.

Inviting guest artists is a common practice at the theatre, but in this case, both the assisting personal of the director and the majority of the players, the participants, came from outside the institution, which was also a new situation for the theatre staff.

We have here not only a guest performance but a project-based creation, with a newly written script. It is important to emphasise that the key to our performance was the creation of a safe space where there was freedom of expression and dissent, without discrimination. In my opinion, this raised questions for many of the permanent theatre staff who repeatedly, and in some cases maliciously, broke down during the workflow. The way I see it, there was a conflict between a highly hierarchical institutional operation (the theatre) and a more horizontally thinking production. Sometimes this gave us a curious, supportive institutional framework, and sometimes an indifferent or hostile attitude.

Another key concept in directing was for the participants to take responsibility for one another (related to the safe space concept). None of us had to provide the participants with a safe, predictable, professional work environment. In retrospect, I think that with more thorough preparation within the institution – such as an educational activity to inform the staff of the genre—we could have been better equipped for the spring pre-premiere rehearsal period. I attribute this shortcoming to the lack of experience that both we and the institution had in the participatory working method.

The conclusion for me is that if we want to promote a less familiar type of performance, we have to start with the logic and characteristics of the given “cultural product”. In my opinion, organic communication and audience organisation would have been a more successful strategy for such a performance. Here I think it is important to understand that the number of tickets sold per performance is not necessarily an indicator of its quality. What does indicate the success of an experimental performance like this one is whether we can reach our given target group. I saw untapped potential in it. Although we took steps to reach different professional target groups (in this case, midwives or gynaecologists in training, nurses in training or local doulas), I see an issue with sticking to the usual communication tasks and not being proactive and reactive in the context of the project. As a suggestion, I think a more organic collaboration between units in different areas of the theatre – instead of thinking about a project and doing routine tasks – could help in developing the right communication. On the other hand, I saw the guest performance in Schauspielhaus Graz as a very positive, outstanding initiative that also strengthened the participatory community, which was good for the theatre. 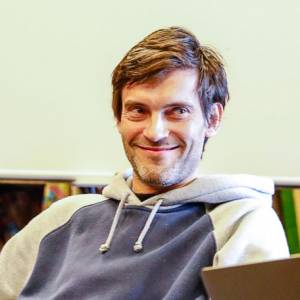 Balázs Czukor studied at the University of Theatre and Film Arts, Budapest. Early on in his career, he worked with different independent theatre groups such as Szputnyik Hajózási Társaság, and other sites of performance art. He has been a member of Bárka and Örkény Theather (Budapest) and Weöres Sándor Színház (Szombathely). Since 2010, he has been working as a director. 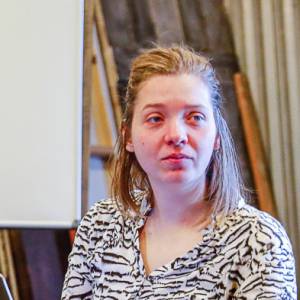 Júlia Salamon is a curator who studied at the Art Theory and Management Department of the Hungarian University of Fine Arts, Budapest. She has organised exhibitions and other contemporary art projects. She publishes essays in art themes and works as a lecturer at the Visual Art Department (ELTE, Szombathely). 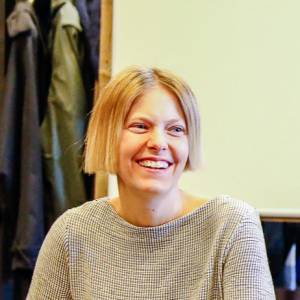 Nóra Surányi is a media artist and has exhibited many group and solo shows. She studied at the Intermedia Department and DLA programme of the Hungarian University of Fine Arts, Budapest. She works as a co-creator next to Balázs Czukor, with whom she has a child, Róza Czukor.