Creating a Language for and With Young Audiences

"A fresh take on language connected with computer slang, modern abbreviations and rough descriptions of things, lives and people." 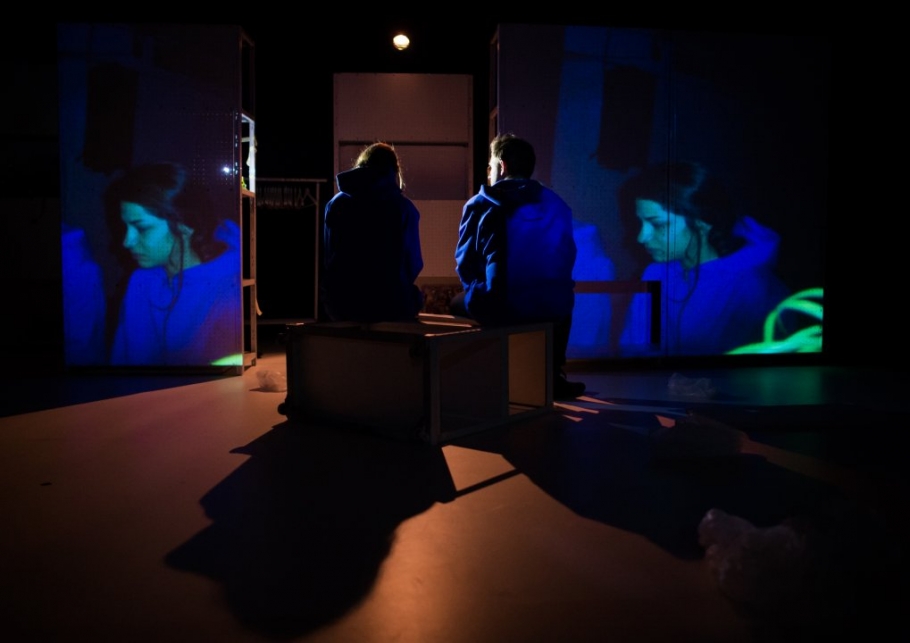 The Slovak National Theatre generally stages the major classics, adaptations of novels, and contemporary plays. The latter can appeal to young audiences and also be helpful in understanding issues like literature and history. We worked together with contemporary authors on new texts and dramas as devised theatre or dramatic texts with an unclassical structure. The fact is, however, that our primary mission does not focus on younger audiences. For this reason, participating in the project Young Europe III posed an array of new questions for us.

The first was: Who are these younger audiences? We already know them, of course, on a certain level: We see them physically sitting in our theatre, watching our shows. They look quite normal, like typical youngsters, with different styles, haircuts and understandings of theatrical works. But the question was: What do they want to see? What are their dreams and desires? Were they pleased with the plays, or just their teachers?

The easiest way to answer these questions is to ask them directly, to kindly ask what are their dreams, what troubles or provokes them, what do they view their families, themselves, their classmates, the climate, country, politics.... So, we asked them about these issues—such an obvious solution. And yet, our questions yielded major surprises.

We asked them about 25 open-ended questions in a questionnaire, which we developed with an anthropologist. We asked them about almost everything (such as school, family, free time, social networks), but mostly about what they fear, that is, how they would describe their fear... in connection to their lives, country and family. The list of questions ended up being quite long. The young people said that it took about half hour to complete.

These questions provided us with a small view into the language of young people. And these insights became very important for our playwright’s work.

Together with the anthropologist, we reviewed a total of 457 surveys, in an effort to understand the young people’s world, that is, what kind of words they use, what kind of stories they reveal. When the anthropologist analysed the answers, he concentrated on the most commonly-used words in order to find similarities or differences in language use.

For example, a question about school (What are the five most useful things that you learned at school?) resulted in answers connected with the real subjects taught in school, along with others showing a more metaphorical understanding of utility: The word ‘languages’ was used in 20% of answers, along with the Slovak language (18.4%), maths (19.5%), history (14.2%), communication (6.8%), literature (2,6%), friends (2.8%), the economy (7.7%) and responsibility (5.7%).

On the topic of fear, we asked them to name the five things that make them angry in their home environment (in the country, family, or at school). For this question, the most frequently used words resulted in an interesting hierarchy: the most common answer was ‘politics’, at 21.2%. This is definitely a complicated topic in our country, and teenagers feel it too. This term is also related to ‘corruption’, at 6.1%. In second place was ‘lying’ (15.5%). ‘School’ was third (15.1%), which we hope was meant facetiously. Important fears were connected with bullying (8.1%), drugs (6.8%), transport (6.3), the environment (18.6) and family (7.2%). Therefore, the text has a stronger focus on the environment, bullying and family, than on issues like policy or corruption.

"A fresh take on language connected with computer slang, modern abbreviations and rough descriptions of things, lives and people."

We also asked respondents to write down five things they think pose a danger to themselves or society. The top answer was the environment (at 13.2%), followed by politics (12.9%), drugs (10.7%), immigration (4.4%), transport (5.3%), technology (7.2%), lack of access to education (6.8%) and finally again lying (5.7%). All of these issues and words were incorporated into the text. Alexandra Salmela created a very specific environment in which technologies like mobile phones or an internet connection became the most desirable items, while the fear of drugs became a topic of one scene for the main characters.

These results were interesting for us, as they helped us to define topics as well as their respective importance to youngsters as we started to formulate the content of the text. This way, the text focused more on how young people understand society than how adults perceive them.

Thanks to this survey, we also got a sense of their language, lives and desires, as well as their fears. What did we find out? A fresh take on language connected with computer slang, modern abbreviations and rough descriptions of things, lives and people. With this survey we could roughly divide respondents into two groups: The first feels connected to social topics like climate change, extremism, corruption in politics and so on, while the second is the opposite, expressing hatred at almost everything, because almost all influences from outside, abroad, and sometime inside of the family can be blamed for a bad life. On the other hand, it is also possible that they were just joking and sharing their emptiness. And I don’t mean this negatively; it is normal, after all, for teenagers to behave this way. Who are we to presume that teenagers would seriously complete a survey composed by adults? Most of them did, however. In fact, for them it was an open space to openly share how they feel...

The next step was to figure out how to best use this language and these emotions, how to incorporate it into the work on the level of playwriting and stagecraft, and stay faithful to the language despite its fragility.

Alexandra Salmela constructed the text word by word, creating a new kind of language that mixes existing words and survey answers, yielding an expressivity that she found in the survey responses, and a language that is located in our archetypal mind, one that alludes to slang or includes what they hear from adults. She really worked to find the right tone of this language, its melody. Almost 75% of the text of Strange Things is based on real answers provided by the survey, so it is practically the young people’s text.

Our director Júlia Rázusová aimed for the stage language to be used as a kind of puppet cinema. Language which was created directly on the stage using a lot of small elements, recoding it live and from this perspective created a new picture. She touched the high level of technological thinking of these kids. And with a gentle touch, she addressed their fears about the environment, or their fears of insects, the family, others, differences and loneliness. The performance of Strange Things was constructed out of their language and their world, one that is sometimes trapped in mobile phones or computer games, or sometimes found in nature, shopping malls, or just by standing on the edge facing their own fears. ♦ 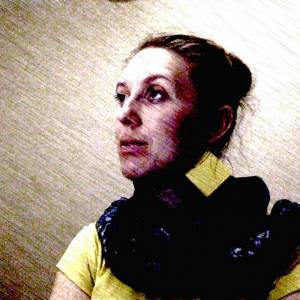 Since 2011, Kičiňová has been a dramaturg at Slovak National Theatre. She studied at the Conservatory in Košice and finished her PHD in 2019 at the Academy of Performing Arts in Bratislava, where she is teaching subject analysis of drama texts. She has also worked as a theatre critic and formed part of the jury at Slovak amateur theatre showcases several times.