The early 1980s were a turning point in Flanders because it is when culture funding began. This led to the creation of all of the big (now famous) arts centres such as Kaaitheater and STUK Leuven. It was also the start of the Flemish Wave. 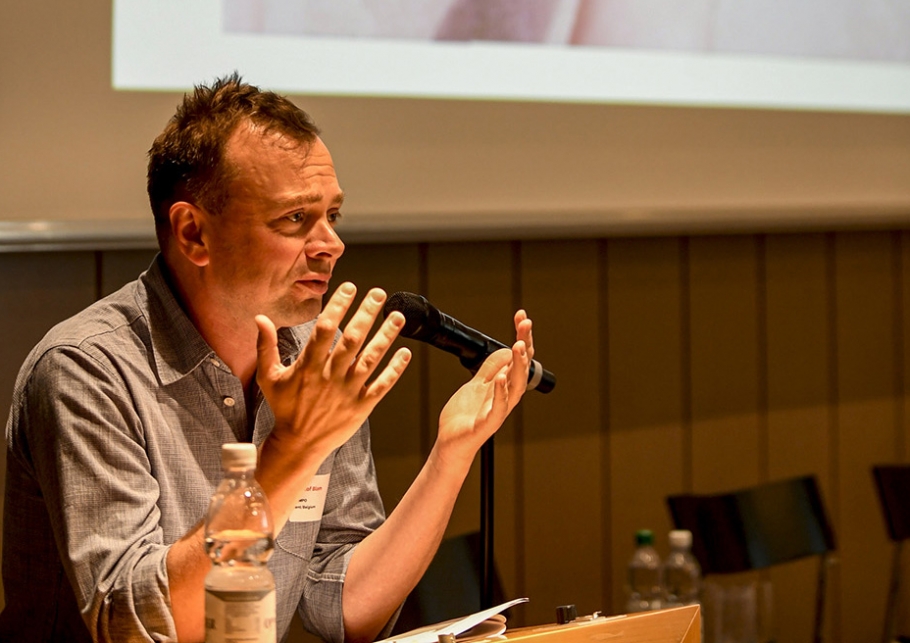 In Belgium, culture is a regional affair: there is no national ministry of culture. That’s why, for example, the scene here is very different from the one in Walloons. So all the projects I will discuss here have been supported by the regional government of Flanders.

The early 1980s were a turning point in Flanders because it is when it began funding culture. This led to the creation of all of the big (now famous) arts centres such as Kaaitheater and STUK Leuven. It was also the start of the Flemish Wave in the performing arts, with different companies such as Rosas and Needcompany making their debuts. I take the 1980s as a starting point because, before this, there was nothing going on in Flanders. In part that is because we never had a Shakespeare or a Brecht – it is not part of our history.

At the same time, the work from the 1980s was not really dealing with political issues. It was art for art’s sake, and it did not really resonate. The first reaction to this came in the mid-1990s with a new artistic wave led by Alain Platel. He had a big influence on working with non-professionals – maybe it was because he did not have an artistic background. At this point, I was interning at Victoria, a production house of Platel’s early works. He began working in a ‘devised theatre’ way early on, putting non-professional dancers and actors onstage with professionals, which helped open up the traditional “high art” that had been produced up until then. And it inspired a lot of companies and theatre-makers to do the same. It resulted in companies like Hush Hush Hush and Latrinité, the start of “Theatre Stop” in Belgium, and to Victoria commissioning Jérôme Bel to work with non-professionals.

Fast-forward to the year 2000, a fantastic year to work and live in Flanders. We had a very progressive, socialist-liberal government that put social topics and ethical issues high on the agenda. In the performing arts, it was also the first time that there were possibilities of working with non-professionals in a professional way. At that time, it had the label “social artistic work”. The Flemish Minister of Culture, Bert Anciaux, was a key player and, in 2008, there was a new decree for participation voted in by parliament. It not only had an impact on youth and sport, but also on culture. Throughout these first years of the twenty-first century, working with non-professionals in a participatory way gained more and more importance.

Eight years later, another decree was passed which turned the whole funding system on its head. Previously, in order to be able to apply for funding, you had to be a festival, a theatre or dance company. Now it did not matter who you were: all you had to do was to define your function. The Ministry of Culture defined five functions: production, presentation, reflection, research & development and participation. Finally, participation was placed on the same level as all other professional arts. It was not just a tiny subcategory anymore. The decree also made it possible to choose more than one function, which led to a lot of new initiatives by companies and performing arts centres that had not dealt with participation before. It is also important to mention that once you have a certain amount of funding, you must tick off all five of those functions. Huge institutions like the opera and the ballet, which previously had nothing to do with participation, are now obliged by law to work in that field as well. Clearly, then, it is very important in Belgium today. It is completely integrated into everyday practices and has even made it into the school curriculum.

CAMPO started in 2008 when Victoria merged with Nieuwpoorttheatre. We now have three venues in Ghent: CAMPO Victoria, which is more focused on producing as it has four studios and one big rehearsal space; CAMPO Nieuwpoort, which is where we do most of the presentations of the work; and CAMPO Boma, which is focused on participatory work, operating on an R&D level. At Boma, there is a collective of 60 artists made up of fashion designers, furniture-makers, writers, poets, philosophers and DIY artists. The idea behind it is to welcome an audience with a fairly low threshold by offering accessible formats such as workshops or markets. CAMPO wants to get people interested enough so that, with time, they start buying theatre tickets.

The CAMPO Model: Four Pieces Of A Pie

I consider CAMPO to be a sort of pie with four pieces. The first piece is research and development, which is focused on long-term investment, not the immediate outcome. The second is production: other art centres often act as co-producers, while CAMPO takes on the role as an executive producer. The third piece is presentation. We run our programme at those three venues basically the whole year round. The fourth piece is post-production. I call it post-production because I want the works we produce to be seen; the artists we put in development to get out. It is about introducing an international network surrounding CAMPO to the artists that we work with so they can build their own network. You can feel the connectedness of those four pieces because if research yields something interesting, we can produce it, present it and take it on tour.

Participation is not the fifth piece of the pie but rather a part of each of the other four pieces. At the same time, I want to note that, although participation is part of the total work we do, it is not the only work we do. Here are some examples of productions that clearly illustrate how we deal with participation, which can happen in many ways. The first is Five Easy Pieces, which is part of a series of works that we do with children for an adult audience. The series ended up going on tour all over the world. The series included Five Easy Pieces, plus we had Gob Squad doing Before Your Very Eyes at CAMPO and Philippe Quesne doing Next Day, and Etchells’ That Night Follows Day, etc. Now they are all considered top international works, which is fantastic, but you cannot forget that they started off as local community projects with children from the three schools in our neighbourhood.

Another example is Wild Life, which is about teenagers and their relationship to music: what influence it has on their life and how it helps them deal with everyday life. We did it for the first time in London and then moved to different cities. Every city we go to, we workshop and bring in local teams. The further we take the project, the richer it becomes because we get influences from all over Europe. So it is not only about being a teenager in your own world, but about the differences between growing up in London or Munich, for example.

I also want to mention Lecture For Every One by Sarah Vanhee, which is a completely different sort of participatory concept. Lecture For Every One is a 15-minute lecture that pops up, unannounced, in unusual everyday situations like a football training session, a company board meeting, in church, wherever. It is a 15-minute monologue talking about society, of which, she explains, we are all co-creators and towards which we each have an individual responsibility. The lecture occurs at a time and place that nobody is expecting it. It can function as a voice or a gift because Sarah leaves after 15 minutes, which of course leads to a lot of discussion. An eyewitness creates a written report on each meeting. The idea of participation in this work is about finding new audiences. Because when I do a show that tours all over the world, it does not matter where I am: I end up performing for the same type of audience. Sarah’s aim is to proactively change that homogeneity and decide herself what audience she wants to perform for.

One special mention is a project we call Neighbourhood Kitchen. Many people live around the Nieuwpoort venue and you cannot expect everyone nearby to be interested in seeing a theatrical work. Still, we want them to be proud that there is a theatre there, so once a month we cook together. It starts with workshops and everybody is invited. It is not the main focus of the venue, but the result is that people are proud to have CAMPO on their street. 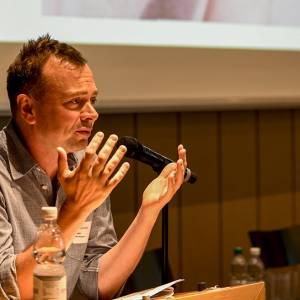 Kristof Blom worked until 2001 as a dramaturg for companies such as Toneelhuis Antwerpen, Victoria, Hetpaleis. In 2008 he joined the start of CAMPO, an arts centre in Gent that combines a presentation, research and production platform. In 2011 he became the Artistic Director of CAMPO.

This article was published in the ETC Casebook Participatory Theatre – A Casebook in Spring 2020. This presentation was given during the ETC International Theatre Conference, Dresden in May 2019.