My Rather Odd Friend Walter 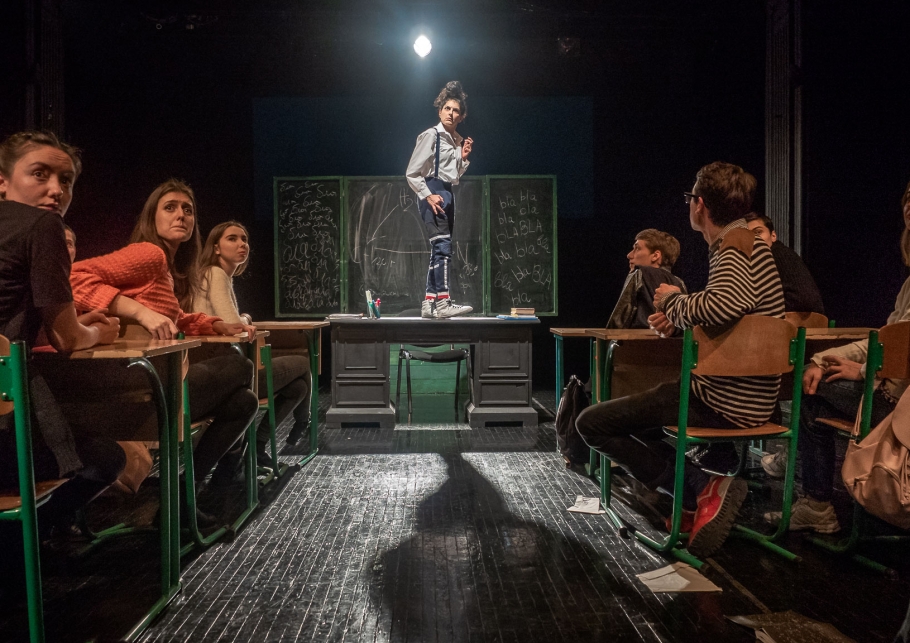 Leon feels like the loneliest kid on earth. After his mother lost her job, she is doing nothing but sitting on the couch. On his way to school bullies beat him up and the kids at school tease him. Even his teacher thinks he is a weird kid. But one day an UFO lands and Leon makes friends with one of its passengers, who he calls Walter. The alien is willing to help Leon – a nanochip in Leon’s wrist, good advice and the bravery to speak up turn Leons life upside down.

The famous German novelist and columnist Sibylle Berg wrote a funny play about friendship, the struggles we have in our lives and how to take action.

Since 2009 "Junges DT", the youth section of Deutsches Theater, produces theatre performance for classrooms. Two actors and a theatre pedagogics companion travel through Berlin schools and perform in front of pupils and teachers – right in their classroom. “My Rather Odd Friend Walter” is produced for pupils from the age of 10, German classes and refugees in school. “My Rather Odd Friend Walter” was shown in Ukraine, at the Kyiv Academic Molodyy Theatre on 7 and 8 November 2018 in the frame of the ETC project “Theatre is Dialogue – Dialogue of Cultures”, with the support of the German Federal Foreign Office.