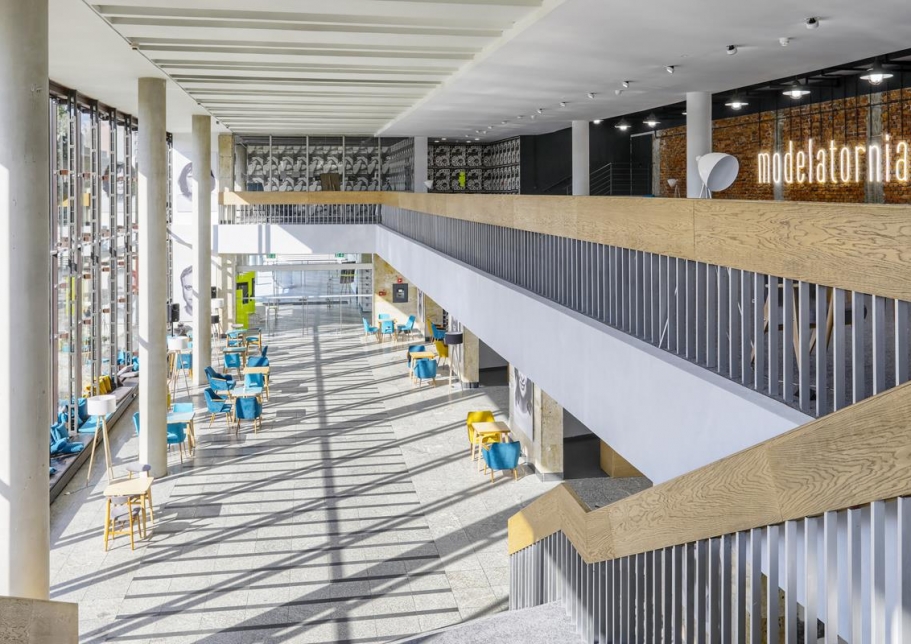 JK Opole Theatre was founded in 1975. The building has one of the biggest Large Stage in Europe (its auditorium is able to accommodate nearly 600 viewers) and a Small Stage, Modelatornia Stage, as well as Bunker Stage. This fact makes it the largest dramatic theatre in Poland.

Each season, a minimum of 6 new premieres appear in the repertoire, and nearly three hundred performances are presented on a regular basis. The  theatre constantly presents its performances in the frame of prestigious national and international festivals, where it has won numerous awards. It is  one of the most dynamically developing theatre centers in Poland, as well as a valued partner on the international arena.

JK Opole Theatre organises an international contest called Modelatornia Theater Project Competition. The idea is to create a place where artists from around the world would be able to conduct experimental research and creative explorations inspired by the postulates of Jerzy Grotowski. We want JK Opole Theatre to become a place of our common research free from short-term political trends, open to artistic development and cooperation with institutions in Poland and abroad. For over 40 years, JK Opole Theatre runs one of the largest Polish theater festivals Opole Theatre Confrontations / 'Living Classics'.

JK Opole Theatre is an autonomous institution with its own costume and scenography workrooms and institutional and technical background.