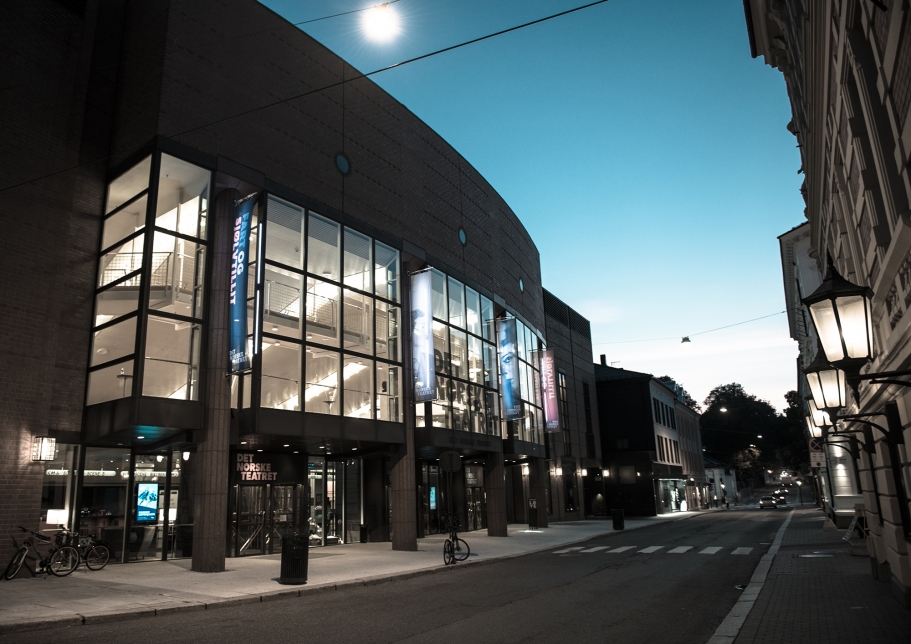 Det Norske Teatret – The Norwegian Theatre – is the largest theatre in Norway with an over 100 year long tradition. Its repertoire varies from musicals to new interpretations of Norwegian and European classics, and new Norwegian and international drama. It is sited in the capital Oslo in a large, modern building with four stages, and one satellite stage in another part of Oslo; Rommen.

The theatre have approximately 20 new productions each year, and an audience of over 260,000. It also has a drama school for students with multicultural background. Over the years, the theatre has developed into a living house of culture, with poetry readings, concerts, various art exhibitions, children’s activities, workshops and much more.