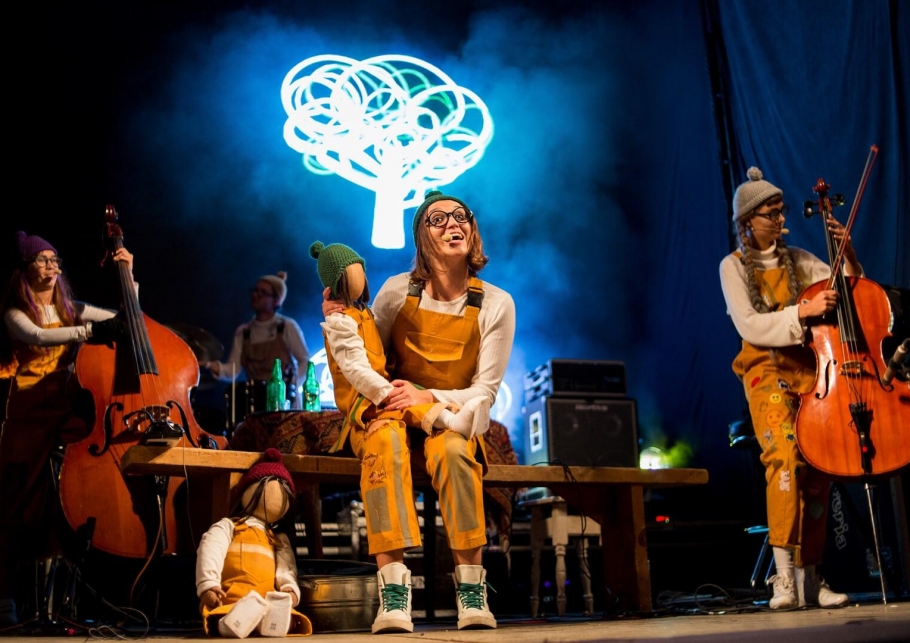 A radar is an instrument used to locate moving objects in a specific area. Having something on one’s radar means that one can observe, track and study it. At first, the word might evoke a certain distance, or even hunting or war tactics, rather than encounters and cultural exchange. By naming its festival for Eastern European theatre “Radar Ost”, Deutsches Theater is, of course, playing with both meanings, as the metaphor perfectly describes its search directed to the east.

Radar Ost – Building on Tradition to Expand the Theatre’s Profile

Radar Ost not only marks the start and international expansion of the Deutsches Theater’s Autorentheatertage festival, which the theatre has dedicated to new German plays and authors for years. It also firmly anchors the profile of Deutsches Theater on the dynamic Berlin theatre scene. However, its interest in Eastern Europe is not arbitrary. It draws on the theatre’s history, its location in former East Berlin and its tradition, best illustrated in October 1989, with a peaceful demonstration for democratisation and against the East German government – with consequences that are well-known today. Thirty years later, the euphoria as well as the pain associated with the changing system are still visible both in Berlin and in Eastern Europe.

Confronting and Understanding the Past Through Theatre

Deutsches Theater’s commitment to questioning the present in light of history has led it to develop strong artistic relationships with directors from neighbouring countries. Artists such as Ivan Panteleev (Bulgaria), Dušan David Pařízek (Czech Republic), András Dömötör (Hungary) or Wojtek Klemm (Poland) have staged several productions at Deutsches Theater in the past few years. These collaborations rest on the conviction that theatre as an art form can testify to the past and current situation in Eastern European countries. It is a relevant way of confronting the historical upheavals and contemporary socio-political distortions in the post-communist neighbouring countries.

During the first edition of Radar Ost, in 2018, the young director and manager of the Royal District Theatre Tbilisi (Georgia), Data Tavadze, presented two plays. The visually powerful production Prometheus. 25 Years of Independence commemorated the anniversary of the independence of Georgia, questioning the possibility of heroism through the recent bloody history. Women of Troy addresses the violent experiences of Caucasian women in post-Soviet times in a vivid way that is personal and highly political at once.

Theatre also questions feelings, their meaning, their value and their effect on social interactions and is thus a great means for tackling societal issues. Take the performance Trans Trans Trance by Kamilė Gudmonaitė (Vilnius/Lithuania), who was a guest at Deutsches Theater in 2018. It revealed powerful, comic and clever images on the theme of sexual identity. 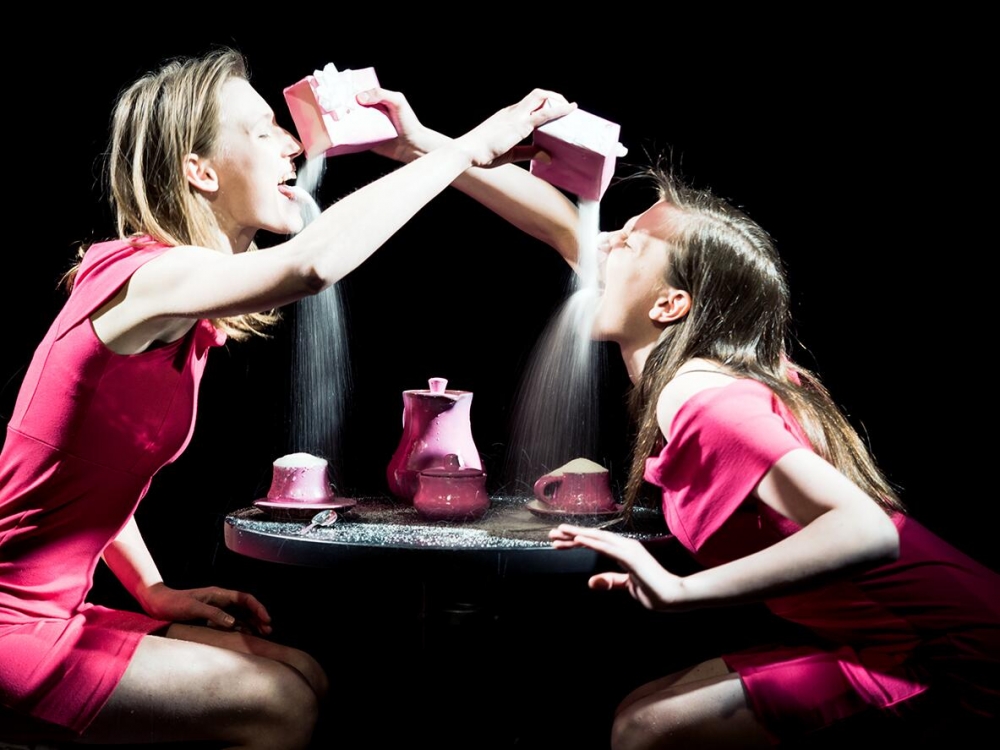 Following this first edition of Radar Ost, Deutsches Theater intensified its artistic exchanges with two partners in particular: the DAKH Theatre in Kyiv (Ukraine) and the Gogol Centre in Moscow/Russia, showing that new artistic voices can emerge from intercultural encounters.

The rock pop show TseSho? (What’s That?) produced by the DAKH Theatre and shown in Berlin during Radar Ost 2019 was described in the FAZ newspaper as a performance which “captivates the audience with a great verve and unusual musicality and shows that a new generation of all-round performers has arrived in Europe.” In return, the young section of Deutsches Theater, Junges DT, visited Ukraine and performed its play My Rather Odd Friend Walter, by Sybille Berg, in Kyiv in 2018 and also at the Gogolfest 2019 in Mariupol with the support of the European Theatre Convention. The story between the Deutsches Theater and Ukraine will continue into the next season, as Deutsches Theater hopes to open the next edition of Radar Ost (June 2020) with a co-production with the DAKH Theatre.

The intensive artistic exchange between Deutsches Theater and the Gogol Center in Moscow also shows that strong relationships and collaborations can emerge from first encounters with new artistic voices. In addition to its director Kirill Serebrennikov, Timofei Kuljabin (Russia), Ewelina Marciniak (Poland) and Data Tavadze (Georgia) will also be staging new works at Deutsches Theater in the coming seasons.

For its 2019/2020 season, Deutsches Theater has chosen the motto “Außer sich” (literally “outside oneself”). It follows the artistic team’s conviction that being oneself is only possible by exploring and experiencing an outside part of oneself, through encounters with the Other, with new perspectives, places and living realities. Thus, questioning and looking beyond what is already known, to find a way out of one’s echo chamber.

There are many good reasons to enrich the Autorentheatertage festival by looking beyond our own national and cultural borders. Even the category of “German-speaking theatre” is being blurred in our globalised and post-migrant world. The curiosity about this dissolution of boundaries as well as about artistic perspectives in the neighbouring countries to the east is shared by the Berlin audience. How can we get a glimpse into another world, one that is inextricably linked to ours? The intensive discussions with the guest ensembles also made it clear how existentially important artistic dialogue and exchange is for both sides. Deutsches Theater is looking forward to continuing this dialogue. 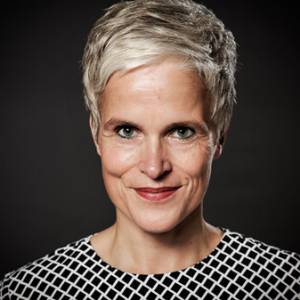 Birgit Lengers studied theatre, film and cultural studies in Cologne and Hildesheim (Germany). From 1997 to 2002, she worked as a research assistant at the University of Hildesheim. After six years of collaborating with director Thorsten Lensing (THEATER T1), she became a dramaturg at German Theater Abroad (GTA) where she conceived and realised transatlantic festivals and theatre projects such as Stadttheater New York (New York) and Road Theater USA. Lengers is a guest lecturer at the University of Hildesheim and the Berlin University of the Arts. She was moderator of the Theatertreffen in Berlin as well as a juror for the first and second Bürgerbühnenfestival, the “Brüder-Grimm-Preis” (awarded by the state of Berlin) and the Heidelberger Stückemarkt. Her publications include Text + Kritik, transcript Verlag, Theater der Zeit, Die Deutsche Bühne and Korrespondenzen. Since the 2009/10 season, Birgit Lengers has been director of Junges DT. She has also been the head of DT International and curator of the RADAR OST festival since 2018.