Not all countries have the same ideas about how participatory theatre projects “should” work, and what the role of the artist, within these communities, is. 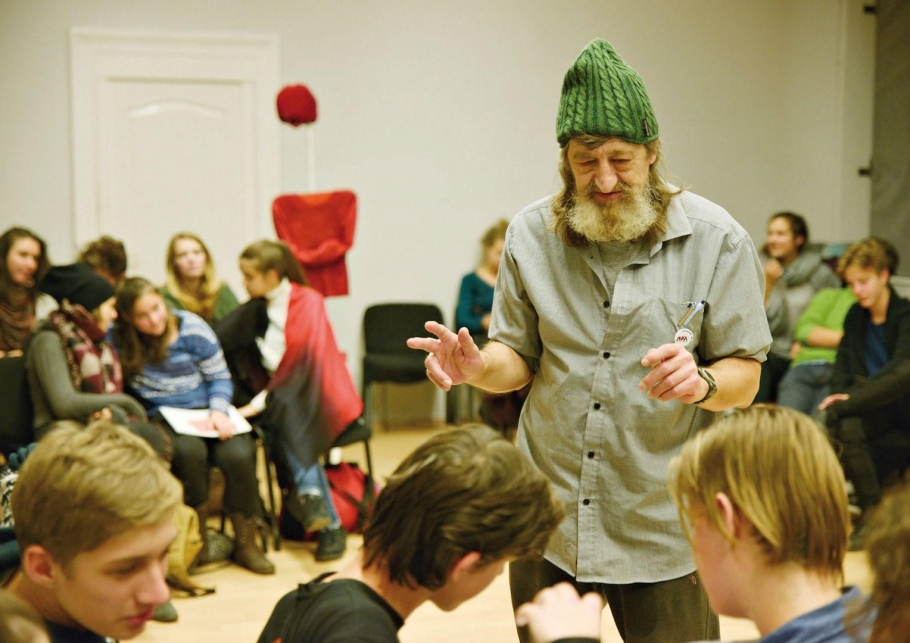 Not all countries have the same ideas about how participatory theatre projects “should” work, and what the role of the artist, within these communities, is.

Collaborating with the Community

A debate has long reigned among those who create participatory theatre about whether the experience of the process for non-professional participants is more important than the aesthetics of the particular piece. At a festival event, Simon Sharkey, artistic director of the Necessary Space and associate director of National Theatre of Scotland (NTS), discussed several collaborative projects that focused on high aesthetic values as well as community involvement in the process. The Shetland Island’s Ignition, which examined residents’ complicated attitudes to the oil industry and renewable energy sources, held workshops, residencies, and pop-up events that inspired community conversations around the topics and helped shape the content of the production. The result was a theatrical experience in a Toyota Prius (the world’s first mainstream hybrid automobile), where audiences exposed to real stories about the community’s link to travel and transport, were challenged to think about their own relationship with cars.

But it can be difficult for artists to work with communities. A group of Danish artists were met with indifference when they held a community meeting in a village, they wished to make work with. But when the group retired to the pub and got talking with the locals, interest was organically initiated and the project went on to be successful. Birgit Eriksson, Professor at Aarhus University’s School of Communication and Culture in Denmark, who told the story, says it was a question of the artists needing to ask the community for help with the project, rather than just turning up and dictating how the process should go.

Participatory theatre is also about who is in shows, which effects what they are about. The Fan Man or How to Dress an Elephant, by En Dynamei Theater Ensemble from Thessaloniki, Greece, is a work devised by disabled and able-bodied actors and non-actors. It is about institutional bullying of the disabled, how everyone in society is different, and how this difference should be accepted. It stands out precisely because the “who” affects the content of the show and the style of aesthetics. Actors were able to say their lines in a time which suited them. According to director Eleni Efthymiou, this choice is about giving everyone the space they need on stage and encouraging them to work together in an equal way because they all have the same aim—to act well. “Participatory theatre is political in the way in which you choose to do it”, said Efthymiou.

Some artists refute the term ‘participatory’ though. Mohamed El Khatib, director of Stadium, believes that the genre does not apply to his work. For democratic reasons, he prefers “having people talk for themselves, especially the working classes”. Stadium, a kind of documentary theatre, showcases the stories of football fans from Racing Club de Lens. Lens itself has been abandoned by successive French governments after the demise of France’s mining industry. By involving real-life fans in the show, El Khatib brings to life their stories in an unfiltered account of “sociological and human truth”. For El Khatib, it is “a form of symbolic fixing for the people who have been broken by the system”.

For Tue Biering, director of Fix and Foxy’s A Doll’s House, theatre is a “perfect hostage situation where the audience is trapped in the courtesy of theatre”. This production stretches that idea—and Ibsen’s realism—by having non-actors who are partners in real life, take on the roles of Torvald and Nora in front of an audience, in their own home. Moving around their space watching their real-life partnership play out alongside the characters’ relationship, the play took on a modern societal context. It also allowed the non-actors to make personal reflections about themselves.

Hillbrowfication, a collaboration between the DorkyPark ensemble and the Hillbrow Theatre in Johannesburg, is a dance piece about Afrofuturism showcasing young performers from Hillbrow, a poverty-stricken district in South Africa’s biggest city (although the children taking part came from wide socioeconomic backgrounds). Whilst the show was well-received, it sparked fierce debate around inclusion and its purpose within participatory theatre. Tunde Adefioye, a speaker at the ETC International Theatre Conference and city dramaturg at KVS in Brussels, told the conference he was “bothered by it”. Adefioye went on to acknowledge the hard work put in by the young performers. But he also expressed a worry that the production was a bit of Africa made for a white audience “without needing to challenge the racist and colonial reality that is present in their own city”. For him, the money could have been better spent working with artists of African descent living in Germany, who could “give their visions of an Afrofuture that is less a variety show and textbook example of exotification”. Constanza Macras of DorkyPark and the director of the piece insists that Hillbrowfication talks about xenophobia and borders within the city, mentioning that the show was based on an afrofuturistic novel by Andrea Hairston and materials developed with the cast. Miriam Tscholl (the pioneer of Bürgerbühne or participatory theatre in Europe and curator for this festival), said it was created mainly for black communities in Johannesburg. Tscholl does acknowledge, though, that Adefioye’s comments necessitate further discussion.

Festivals such as Our Stage and participatory theatre highlight the debates being had around the process—a show’s developmental journey—and its aesthetics. Some shows might focus more on the aesthetics, which can make people worry that the emphasis has been less on the process—to the detriment of the participants. Or it could be the other way around: the process has been invested in more—at the expense of the aesthetics—making it seem less professional. The conflict between process and aesthetic was nicely illustrated by Long Live Regina!, at times a verbatim documentary theatre piece about women and childcare/childbirth issues, performed by Roma women from Hungary. It’s aesthetic–putting ordinary people on stage to tell their stories, and its structure—women celebrating a birthday party and telling their personal stories about childbirth experiences—perfectly echoes the psychodrama therapy workshops the show was born out of; a sort of process meets aesthetics.

Sharkey believes that global institutions are panicking as they have realised that the Western canon is less relevant to people and they don’t know how to find new stories. He says the place of the playwright is changing and that a playwright’s role in the broader theatre world—not just in participatory theatre—is shifting from being the sole author to someone who arranges material that is devised or found by others; a sort of dramaturgical role.

Theatre was always about collaboration, Eriksson adds, it’s just that it’s been hidden from us until recently. Now people are becoming more aware of it. As for Adefioye, he believes that theatre is a “democratising tool for different individuals to tell the stories they want without fear of being rated or critiqued by the values of a dominant group of people”. For him, the Our Stage festival has a long way to go to get there.

Participatory theatre is indeed changing the theatrical landscape. For some, like Tscholl, it celebrates plurality and employs a high standard of aesthetics. For others, the question of what the collaboration between artists and citizens looks like is an important part of its relevancy. Rather than clarifying terms and work methods, the Our Stage festival showed that there are as many different approaches to participatory theatre as there are disparate voices taking part and being given a platform. 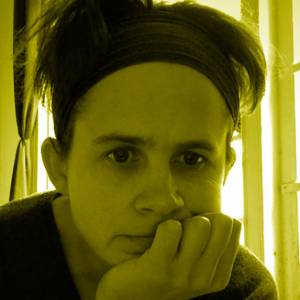 Verity Healey is a London-based writer and filmmaker who writes for HowlRound, Ministry of Counterculture, The London Economic and Exeunt. Verity is also a published short story writer (anthology).