Miriam Tscholl, Head of Bürgerbühne at Staatsschauspiel Dresden, tells us about the process of Our Stage – 4th European Bürgerbühne Festival. 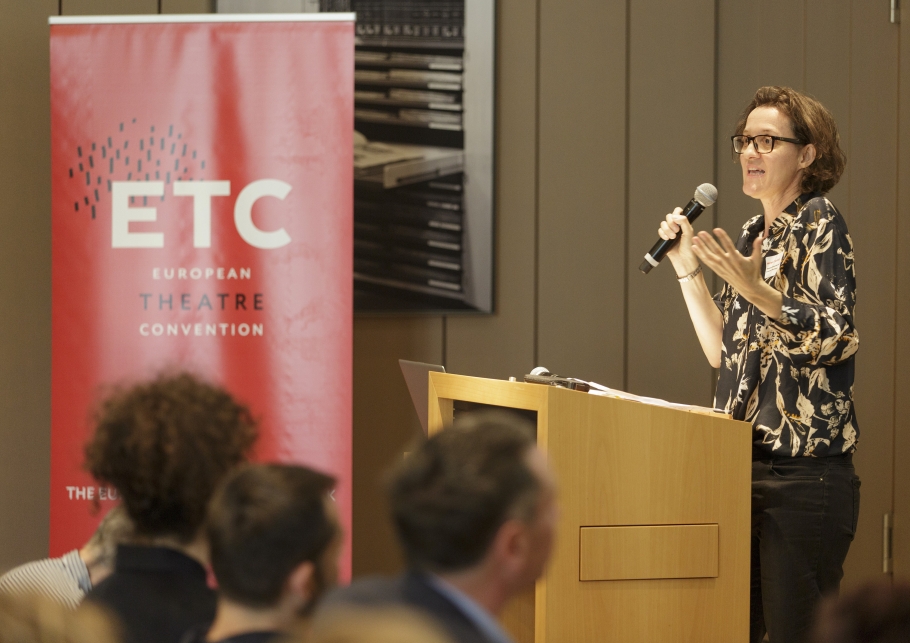 In the summer of 2018, when the idea for this festival was born, I had a lot of questions: Where in Europe do artists work with participatory formats? What conditions do they emerge under and what significance do they have in each of the countries? What sorts of participatory theatre formats have emerged and why? The previous three Bürgerbühne festivals—in Dresden, Mannheim and Freiburg—always had exciting European and international aspects but focused on the German theatre landscape. This time, we wanted the festival to be consistently European: in the selection of productions, speakers and university partners, and in terms of language and content.

The search for suitable theatre productions and content for the festival was not a systematic process pursuing clearly defined goals. My vision was to understand something about the way European theatre is developing in this field; to discover new working methods, partners, role models and structures; to bring interested parties into contact with one another; and, last but not least, to strengthen the European idea itself.

After the German Federal Cultural Foundation approved the funding application, I drew up a list of theatre professionals I wanted to contact during the first few months to ask for tips. So my work, apart from researching online, was to email, call and Skype people in as many European countries as possible to ask them if they knew someone who might know someone. While some contacts turned out to be a dead end, others opened up entire worlds. Sometimes I would find myself Skyping with strangers without knowing who connected me with them. The nice thing was that almost everyone shared their knowledge and expertise generously with me, giving me names, theatres, plays, festivals and dates. Theatre directors, divisional directors, festival organisers, dramaturgs, lecturers, doctoral students as well as the artists themselves not only recommended me their own work, but also named other artists and theatres from their countries. I concluded from this that there is a unifying social motivation and a general interest in the subject that is greater than any one individual artistic creation.

Parallel to this unsystematic but effective interrogation strategy, we launched a bilingual open call, in German and English. My intern and I received half of the 600 video submissions in response to the open call and the other half as a result of arduous and detailed individual enquiries. Of the 600 or so submissions, about 300 met the application criteria: namely, a production where non-professional actors had the leading roles in contemporary and professionally produced theatrical works. The open call also attracted many applicants who had sent their work, which rather resembled amateur theatre, out to various festivals. There were other applicants who assured us that they were not professionals but, at second glance, this meant that they were “not professionals yet” or “unfortunately not professionals”. These productions were also discarded because they had neither asked nor answered the key question of the festival regarding the specific aesthetic treatment of the non-professional at the level of content and presentation.

A European artistic advisory board, consisting of experts I got to know during my interrogation period, was finally sent a shortlist of about thirty productions, including video recordings, which we discussed at a full-day meeting where almost all of us had just met. This debate was extremely constructive and enlightening and had a big influence on the final decision.

I also wanted my final selection to subvert common expectations. Citizen stage formats are often filled with expectations and clichés that are roughly: “Real people stand on stage in medium-sized groups and tell authentic experiences, often marked by exclusion, in their own words from the middle of the stage”. Without wanting to deny that this form of performance is justified, it is true that the contemporary performing arts currently practiced with non-professional performers can be reduced to it.

Another important criterion of my selection was diversity in every respect: in terms of the variety of forms, themes, age of performers, social affiliation, skin colour, group size, venues and audience role. Every piece I considered was therefore compared to the other works in my selection considerations. Where were the overlaps in aesthetics and content? What role did the audience play? Were there also young people in the production? Which production contained choreographic elements? What social milieu was not yet represented?

I hesitatingly developed some selection criteria during the search, such as when the work premiered. I concluded that, if the subject was important, it was alright for a production to be older. For example, Roger Bernat and I reworked and thus salvaged Pending Vote. Written in 2011, the piece had not been shown in recent years, but the participatory format—the audience became a digitally voting parliament—and the topic—which scrutinised democracy, its possibilities and its limits—seemed more relevant to me than ever.

The productions ultimately chosen negotiate many of today’s most important and difficult social topics: challenges faced by ethnic minorities; poverty and housing shortages in metropolises; disenchantment with democracy; growing nationalism, especially in the working class; the role of gender; and, in the supporting programme, the dependence of rural regions and the role of women in Islam. To me, this clearly demonstrated the relevance of plays developed with non-professional actors; and how, arguably, this format may even have an edge over role-playing with professional actors, especially when the latter act in updated classical texts, which tend to lag behind current social discourse.

Another important part of my curatorial work focused on exploring the development of participatory theatre formats in different countries.

Through the numerous Skype calls and, above all, the face-to-face conversations, I gradually got an impression of the individual countries. The result was the supporting programme OUR WAY, which was made up of lectures on Belgium, Scotland, Poland, Italy, France, Switzerland, Austria. You can read these country reports in a publication about the festival. The reports show how diverse the motivations, approaches and conditions are under which professional theatre with non-professional actors is created. Aside from Hungary, which I wanted to consider and promote separately due to the difficult political situation, I chose only one production from each country. It was hardest to choose in Belgium because there was so much interesting work there.

I have observed some country-specific differences in the development of participatory theatre formats and a rough distinction must be made between artistic and political motivations. While political funding instruments were not adapted in Germany in the past ten years—during which time citizens’ stages and similar models received a boost and the theatres or individual artists got to decide how they spent their money and made artistic decisions—in some countries like Belgium, France or England, artistic interests developed alongside new laws or funding instruments, so it is difficult to judge what interests were there at the beginning.

In other countries, such as Poland or Hungary, the interests of artists who want to use participatory formats tend to be contrary to political interests. Since the national conservative party won the elections in Poland, the upward trend of experimental theatre—which includes participatory formats and comes almost exclusively from the independent scene—began declining. Mainly concentrated in Warsaw, it has largely disappeared from the rest of Poland. Nevertheless, Polish theatre-makers told me about subversive counter-movements in which renowned directors earn their money at the big state theatres but, in return, for idealistic reasons, get involved in free participatory projects, even though they receive very low salaries there.

I also did research in Scotland, Denmark, Italy, Sweden, Greece, Lithuania, Austria, Spain, Portugal, the Czech Republic and Switzerland. In all these countries I received the same clear answer to my question as to whether this theatre format is experiencing an upward or downward trend: “There is a lot going on and there is more and more of it to come!”. 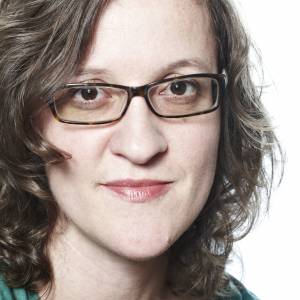 Miriam Tscholl works as a director and curator. From 2009 to 2019 she was the director of the Bürgerbühne at the Staatsschauspiel Dresden and initiated the first Bürgerbühne Festival 2014, as well as formats such as Bürgerdinner and Montagscafé.

This article was published in the ETC Casebook Participatory Theatre. A Casebook in Spring 2020.