Decide How to Decide. Managing Processes in International Interdisciplinary Projects.

From observing the creation process of pilot projects and Waag’s expertise in (social) innovation, I would like to contribute some practical lessons for managing processes in international interdisciplinary artistic projects. 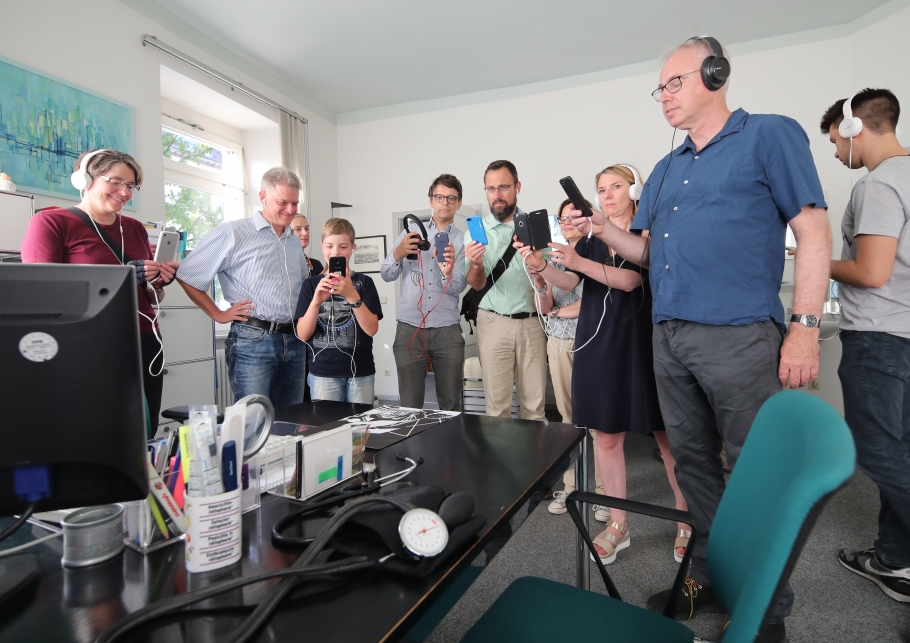 1. question the ways of working that participants bring to the table (implicitly and sometimes unknowingly) and make them create a new way of working together.

2. focus on the innovation process instead of a final product. The pressure of having to create a product – whether a play or a working digital device – can kill innovation because failure is not an option; whereas good innovation comes from taking risks and accepting potential failures.

3. thrive on the tangible: artists (or any creators) working in interdisciplinary teams can only work together on something that is actually there. You do not want to be the next one to build a concept on top of an idea on top of a metaphor.

1. Reinventing a way of working is essential and at the heart of what is being researched

One of the most interesting aspects of digital innovation in theatre is that two completely different disciplines come together to create something new. There are those who understand the theatrical universe and the interaction between the performer and the audience. And there are those who understand how to create a digital universe and user interfaces.

Needless to say, in this context, it is crucial that these two disciplines find methods to understand each other and start working together. First of all, the participants will need to co-create their way of working together so everyone can contribute their best efforts.

As professionals from very different backgrounds, everyone involved should become aware of the bubble they are operating in. Terminology, roles, hierarchies, ways of working, and the timing of activities are largely implicit if you work within your own discipline. The older the tradition, the more is implied. The discipline of theatre is an age-old tale. It has become an archetype for a discipline full of implied traditions. Theatre artists the world over, whether they do opera in Budapest or immersive theatre shows in New York, have more in common than not.

Innovation is only possible if co-collaborators are aware of this history and find a way to make this explicit. Very often this can simply be done by explaining how you work and what you need (from others) in collaboration to be able to do your work. Then, obviously, it is important that all involved are willing to sacrifice structures, ways of working and – above all – hierarchies if they want to create a new dynamic.

Because if you do not, the oldest tradition will dominate the working process. Even though this collaboration will lead to new work – say, a new performance – one can question if this is innovation. I argue that, in interdisciplinary artistic research projects, innovation lies in the process itself. Theatre has been multimedial and interdisciplinary throughout its history. Many artists have collaborated to create Gesamtkunstwerke (or “total art works”) in theatre, each in their own era. It seems that the digital age is once again challenging theatre-makers to reconsider which disciplines take part in today’s Gesamtkunstwerk and how collaborations might look.

One of the objectives of any interdisciplinary artistic research project should, in my opinion, be to develop knowledge about working interdisciplinarily. How has this unique project tried to find a way to create awareness around structures and ways of working in different disciplines? And how has it tried to create a new way of working that allows all to contribute their maximum? This is the knowledge that interdisciplinary research should produce, which the field and academies where the artists of tomorrow are trained need. So, do continue researching, documenting and sharing.

2. Focus on the process
If the process of working together is at the heart of innovative interdisciplinary artistic research, this has (at least) two implications:

First: The role of process guide/technical dramaturge to lead/guide the process.
All artists in the project have to be prepared to not only make their way of working explicit, but also to step away from what they are used to doing and into a new interdisciplinary process together. This is stepping on the sensitive grounds of the unknown: the chaos in a group that is still shaping its dynamic. It can be very productive to have a guide in this territory. This person can be a technical dramaturge, for example: somebody who understands process of the various disciplines and who has leadership skills. This person should not have his/her own artistic ambition. In that sense, s/he is not creating but leading the process of creation.

Second: Creating a production and innovating are not necessarily compatible.
There is an apparent tension between the unknown outcomes of an innovation process and the need to create a stage production, which we mentioned before. This obstructs both processes. If the objective of a research project is innovation, then the participants should be relieved of the pressure a production brings. Just think about large corporations that have a separate department for innovation: relieved from the pressure of making profit and therefore allowed to fail, innovation has a chance. In Drama goes digital, the OpenLabs were aimed to function in this way, but were nonetheless pressured to come up with presentable results. Keeping the experiment and the critical production line separate. I plea for funders to look critically at the tangible outcomes they demand. Do these contribute to the objectives of the project?

3. Redefine what you are researching
At the start of the execution period, the team should take time to define the research in the proposal very specifically, mapping out the various themes and working on very exact questions on topics such as (but not restricted to) the following:
The interaction between performers and

Dramaturgy of mixed reality, adding a virtual layer to the theatrical space to bring in an extra imaginable space.
Transmedial storytelling, in which the theatrical reality stretches out before and/or after the show through (various) other media.
The research questions formulated should be revisited in a constant iterative process. Starting from what you know, incorporating new insights and discarding assumptions along the way.

4. Work towards tangible steps and use (only) this to build on each other’s work
Iterative processes require working towards and from something tangible. One can only iterate something that is manifested. Ideas, better ideas and even better ideas easily topple over one another: brainstorming is not iterating.
A great example of iteration was a short demo by Chris Ziegler in the Stage Your City process, in which he set up a number of iPads in a circle in a studio space of the Marjanishvilli Theatre. The iPads only recorded in video mode when a button was pressed and then started playing back the recorded people in a loop. Until someone pressed the record button again. Ziegler invited the other artists to try out what the recording and playback did.

What followed was serious experimentation: finding out what the possibilities of the set up were in interaction with each other and the iPads. Followed by discussion and decisions about which elements should be kept and explored further, etc.
To some extent, I think you can do something similar with an audience. Test little things out with them, just like developers test what they created. People appreciate works in progress, the making of, the process of things. Here too it may be possible to let go of the terror of the final show, the end product.

Better be sorry than safe!

She graduated from the MA Dramaturgy at University of Amsterdam and co-ordinated artistic research and performing arts education projects at the Media and Performance Lab of Utrecht University of the Arts. She has a broad experience in manageing group intervention events, co-creation sessions and hosting communities.