Three productions featuring 56 actors and attracting 2,463 spectators to 23 performances at three different stages. This past exciting year has made one thing clear: Citizens’ Stage (or Bürger*innenbühne), has arrived in Graz and is here to stay! 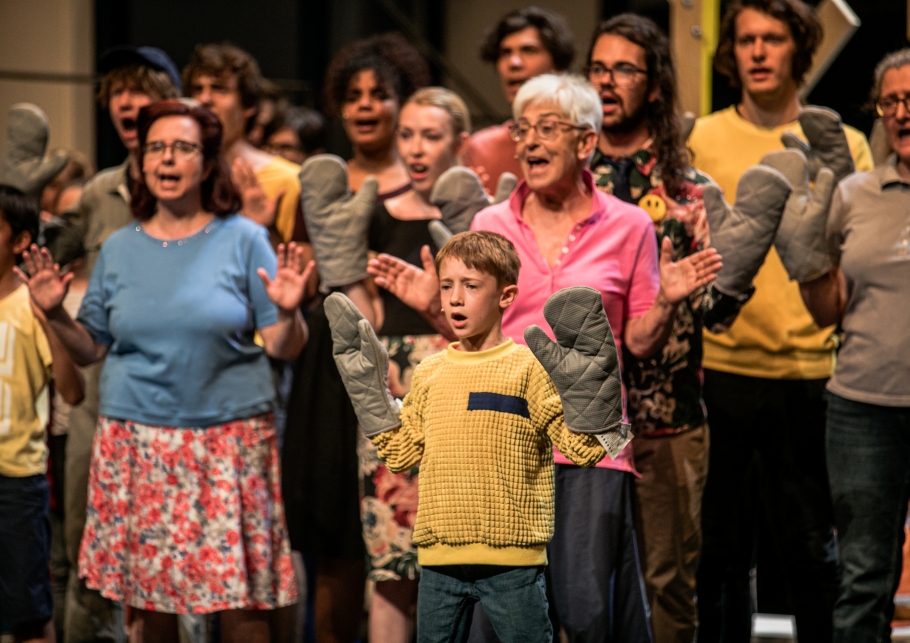 Three productions featuring 56 actors and attracting 2,463 spectators to 23 performances at three different stages. This past exciting year has made one thing clear: Citizens’ Stage (or Bürger*innenbühne), has arrived in Graz and is here to stay!

In keeping with our season motto of “Zukunft/Die Welt von Morgen” (Future/The World of Tomorrow) the 2018/2019 season focused on transformation, reinvention, and the reconsideration of long-standing traditions. But rather than merely exploring the motto in terms of content, as had been the case in previous seasons, our theatre—the largest and most important theatrical institution of the Austrian state of Styria and its capital, Graz—actually launched an entirely new department devoted to citizens theatre, taking a concrete step towards a future (theatre) that is geared even more strongly towards participation. Our overriding vision was to show the stories of “real” people and have these stories embodied onstage by the very same people.

Having amateurs onstage was no novelty for the Schau­spiel­haus; after all, we had offered educational and development projects in the past. But treating a citizens stage production “just like any other production”—as Miriam Tscholl, head of the pioneering citizens stage at Staatsschauspiel Dresden, stipulated—was a new departure for the Schauspielhaus. The decision to do the project at all meant great challenges for this highly specialised theatre. Especially since artistic director Iris Laufenberg decided to not just contribute a single production to Our Stage, but to launch the citizens stage with a bang: in this case, with three large-scale productions addressing the topic of ‘the future’.

From the beginning, the list of questions—especially those regarding the project’s implementation within the theatre’s established operating structures—was extensive:

What is the relationship between the artistic work and existing forms of drama? What exactly are we expecting to present: documentary theatre, performance or representational theatre? What can amateurs do onstage that trained actors cannot? What conditions do we need to provide for amateurs who have a busy life e.g. a family and/or a full-time job? What are the topics we want them to address? Should the actors’ stories be put to existing plays or should the pieces be devised? Who should be on the directing teams and what skill sets do they need? What kind of support will the directing teams need in order to accommodate this special situation? How can we communicate this new format to the outside world and reach the people we are looking for—both the actors and the audience? How can we encourage our core audience to throw (some of) their previous viewing expectations out the window? What are the audience’s, the actors’ and our theatre company’s expectations? Can a project like this be integrated into the (subscription-based) programme of a repertoire theatre at all? What kind of box office results can we expect?

We had one great advantage upon embarking on our endeavour: as a member of the ETC, we had the opportunity to take part in an international exchange that focused on these questions from the outset. Interested and/or cooperating theatres met at the nucleus of the German-language citizens stage movement, Staatsschauspiel Dresden, as guests of Miriam Tscholl. Her experience in this field proved invaluable for us. In addition, our exchange with friends at other theatres not only demonstrated a wide range of international views on the issue of amateurs on professional stages, but also resulted in new thoughts and ideas. With this encouragement, we soon took action, ventured from theory into practice and made decisions.

Aldous Huxley’s novel Brave New World and the questions it raises became thematic anchors for the three productions we set out to create. Schöne neue Welt: Leonce und Lena suchen einen Ausweg (Brave New World: Leonce and Lena Look for a Way Out), directed by Simon Windisch, addressed the phenomena of burnout and bore-out, and the question of future work cultures. Schöne neue Welt: Träumen Androiden von elektrischen Schafen? (Brave New World: Do Androids Dream of Electric Sheep?), directed by Anja Michaela Wohlfahrt, showed people who are already working on the tomorrow’s world today. And, at the end of the season, Schöne Neue Welt: Familie 2.0 (Brave New World: Family 2.0), directed by Uta Plate, explored the crucial issue of the contract between generations and family ties of the future.

"Treating this production “just like any other production” also meant having to be flexible, make frequent exceptions and respond to needs and requirements."

A transparent flow of information to the Schau­spielhaus’s technical departments and offices has proven indispensable. It was only after an internal programme conference, which outlined the purpose, intended methods, added value and existing experiences of this project, and traced its motivation and vision (opening them up for debate, too), that everyone felt they were on the same page. And with good reason, since it turned out that the citizens stage involved a new approach and a significant amount of extra work for many colleagues. Because treating this production “just like any other production” also meant having to be flexible, make frequent exceptions and respond to needs and requirements as they arose.

One example was the rehearsal period. Rehearsals for a conventional production usually take place twice a day for a period of six weeks, whereas the production periods for our amateur productions had to be extended significantly. The rehearsal periods of our citizens stage ranged from a brisk 7.5 weeks at our smallest space to 13 weeks for the production on our largest stage. For this reason, the latter production was not included in the regular repertoire schedule, but was presented en suite as part of a small citizens stage festival, where our neighbouring ETC colleagues from Szombathely also presented their own citizens stage production. This en suite presentation was a rare occurrence in our theatre, which normally operates in repertoire.

Even before the premiere of the first production, it became evident that our existing communication channels for press work and social media were not adequate. So we returned to a form of communication that we had almost forgotten: we went outside and just talked to people. We explained and canvassed; we created networks with influential people who would spread the news about our project.

Once the players had found their way to us, we felt that the most important thing to do was involve them in the theatre’s day-to-day operations as best we could. We did not want our invitation to “become members of the Graz theatre family” to be empty words, so we organised an initial tour of the theatre, guided by the theatre’s head dramaturg. We issued staff badges and invited the players to the Christmas party of the theatre employees.

We also had to consider the rehearsal processes, especially regarding the staffing of the core team. Aside from getting assistance from as many interns as possible, the theatre education department was also involved in the actual rehearsal work. At least one member of the education department would communicate with potential actors and occasionally develop the audition workshops. What’s more, the staff of this department were especially important during rehearsals as important contact people for the large number of players, as well as resourceful supporters of the directors when it came to theatre training—and they frequently functioned as coaches for individual players or mediated between parties.

After the premiere, we saw how much more present Schauspielhaus Graz had become in the city thanks to the citizens stage. Not only were the amateur actors proud to bring friends and family members to the performances who otherwise might not have been interested in the theatre. They have also remained connected to the theatre emotionally. They come back: whether onstage, backstage or as audience members. The fact of being onstage at the city theatre as the unique part of an arduous but intense theatre process, of speaking competently and publicly about something relevant and important and, not least, of meeting people you might otherwise never have met—all that contributed to what became a memorable event in the lives of many of the participants. We also want this breath of fresh air, these encounters, again, which is why we have developed two projects for the 2019/20 season: in the first, we will bring the phenomenon of (football) fans to the stage and in the second, we will explore (different) tastes of home. 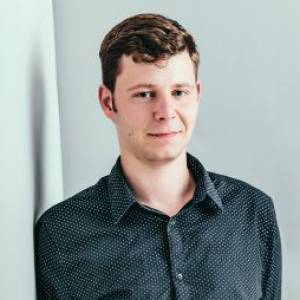 Timo Staaks studied Performing Arts and German and worked as a freelance drama teacher and assistant director in state theatres and in independent projects. In 2016/ 2017 he continued his education in the field of gaming theatre at the Federal Academy for Cultural Education, before he became a theatre pedagogue at Schauspielhaus Aktiv by Schauspielhaus Graz.